With no one looking over their shoulders, charter schools have found ways to take advantage of the students that they are supposed to serve. While public schools have a legal mandate to provide access to educational opportunities without cost, GHCHS broke the law by charging students for caps, gowns and extra tickets for last year’s graduation ceremony. They have begun this year by forcing students to sign a consent form giving the school ownership of any files that they save to their school issued Google account. On August 28, they sent an email to parents informing them that their students’ data was scheduled to be released to the CCSA, the lobbying arm of the charter industry. If you are a student of GHCHS, you do not have to worry about your personal data being hacked, the school will freely release private information to groups “that engage in political advocacy, lobbying, or information dissemination related to California charter schools.”

Actual public schools are strictly prohibited from participating in the political process in this way. The LAUSD’s ethics site specifies that “no school district funds, services, supplies, or equipment shall be used for the purpose of urging the support of defeat of any ballot measure or candidate.” The prohibition on the placement of “campaign materials on bulletin boards, web pages, or other LAUSD premises” is particularly relevant to GHCHS as they operate on a campus owned by the LAUSD. These rules are justifiably in place to prevent the government from using funds to influence an election. While the GHCHS’ board is not democratically elected or an arm of the government, it relies on government funds to operate. These funds should be used for educating students, not political purposes.

It is important for affected parents who did not receive the notification from the school to know that by law they can exclude their children from this data release by sending their student’s name, ID, their name and phone number to [email protected]. On September 1, Alex Gomez of the LAUSD’s Charter Division was made aware of the situation and asked to provide an action plan for preventing the release of private student data, but he has not yet responded. Anyone with concerns can contact him directly at [email protected]. If the past is any indication, he will wait until after the data is released to take action. 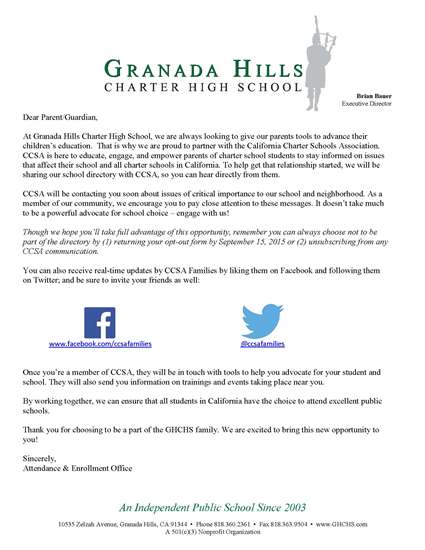 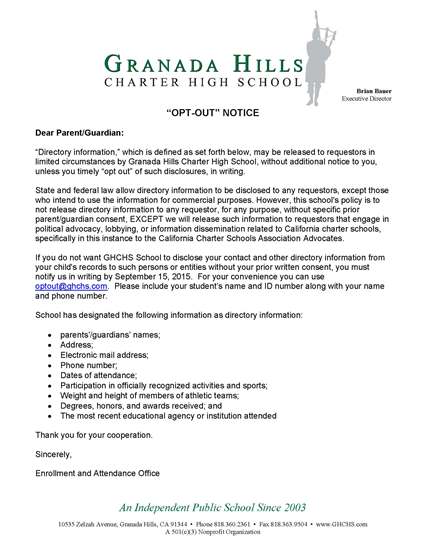 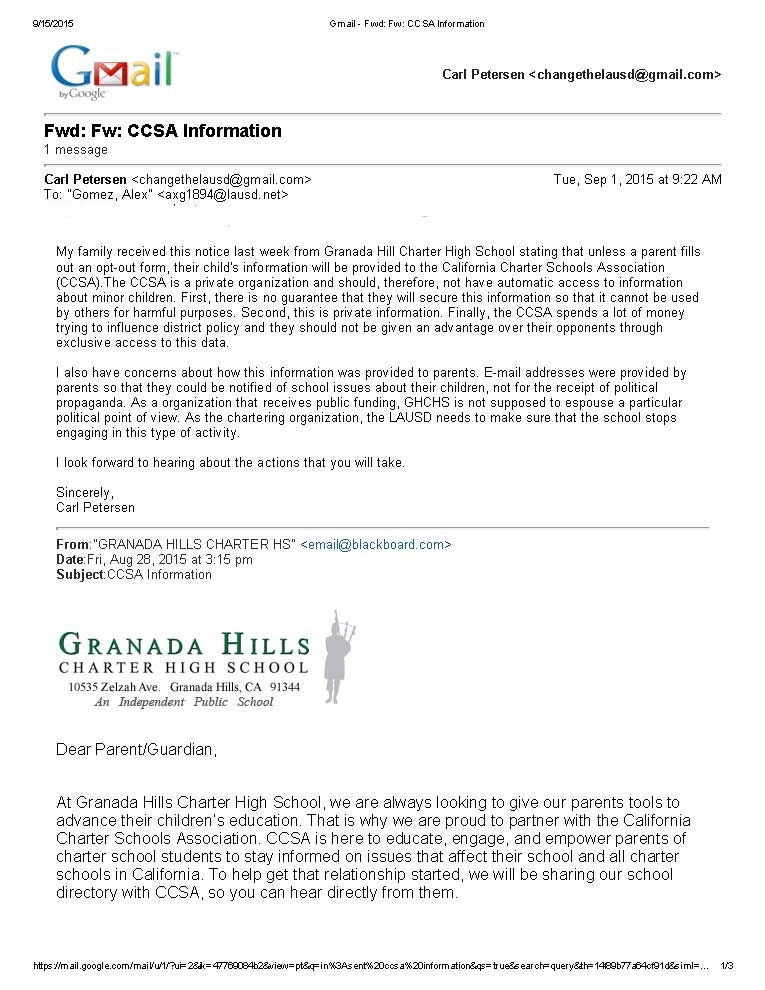