Are Ticket Scalpers Missing an Opportunity at These School Board Meetings? 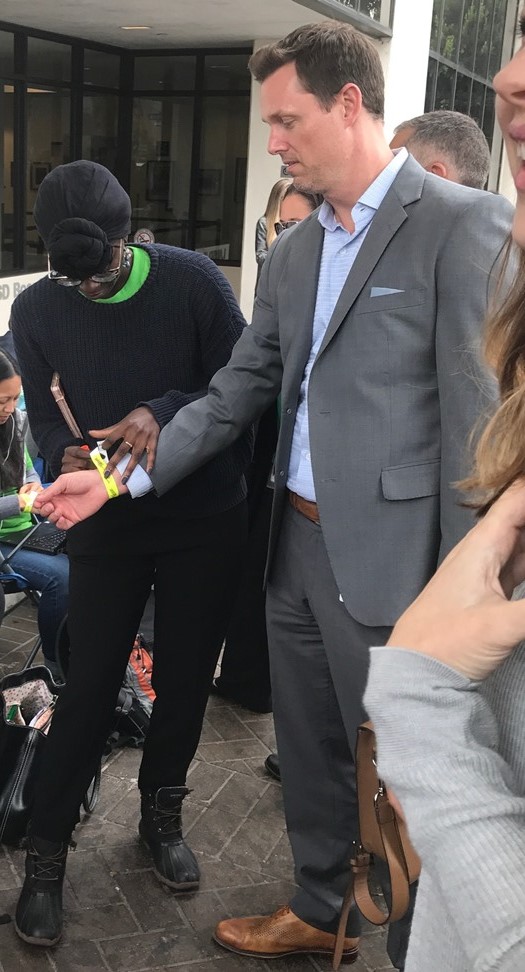 “Numbered wristbands will be distributed by District security officers to individuals in line outside of the Board Room doors starting at 8 a.m. Those who wish to attend this meeting should reassemble in numerical order by 12 noon to enter the Board Room and, if interested, to sign up to speak.”

Before the Internet enabled us to purchase concert tickets from the comfort of our own homes, people would line up at Ticketmaster outlets on the day they went on sale in an effort to get the best possible seats. For very popular acts, these lines would start forming early in the morning and could get very long. To ensure fairness and prevent fighting, security guards would attach numbered wristbands to the patrons that would ensure that everybody was served in the order that they arrived. Unfortunately, there was a good chance that many of the people at the front of the line had no real intention of attending the show. Instead, they were being paid by ticket scalpers who would resell them, at a highly inflated price to those who were unwilling, or unable to get to the box office early. 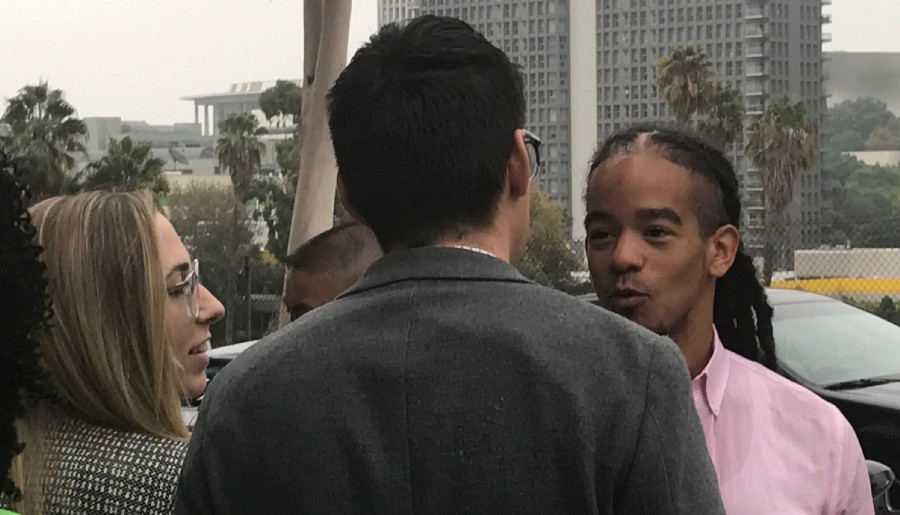 While my days of getting up early to secure Van Halen tickets are over, I found myself in a deja vu moment outside the LAUSD headquarters on Tuesday waiting for the 1:00 PM Board meeting. After making alternative arrangements to have my daughters placed on their school buses, I left my house in Northridge at 6:30 AM to ensure that I would arrive before wristbands were distributed. At 7:45, I finally arrived to find a long line that snaked around the corner of the triangular building. I spoke with the two security guards that were watching over the process. They said they were hired by the District but were only there to ensure that the sidewalk remained clear. They could not help me any further but pointed me to an “organizer” who could help.

Not surprisingly, the people organizing the proceedings were not District employees, but paid staffers of the California Charter School Association (CCSA). Like ticket scalpers, they were doing their best to increase their well-being by manipulating access to the Board meeting. Sheets of paper lined the walls of the building each with the name of a charter school that was on the agenda. Instead of lining up in order, people were directed to the charter they were representing. I took up my space in front of Granada Hills Charter High School.

Apparently, the system was not meant to include those who would question the operations of these publicly funded private schools. When the District finally started to distribute wristbands shortly after 9:00, Cassy Horton from the CCSA told me that I was not in the correct place and would have to move to the back of the line. After spending an hour watching her and her fellow organizers place people into line, I (somewhat) politely refused her request.

While the charter schools had told their supporters to not put on their wristbands so that they could be traded with other speakers, the Los Angeles School Police officers who were handing them out made sure that the wristbands were applied. However, this did not stop the CCSA from trying to accommodate latecomers. Some of the bands were rendered almost unreadable from attempts at carefully removing them. At least one of these efforts was successful, as documented by the picture of the charter supporter applying a band to someone else.

This manipulation of entry is not the only obstacle faced by members of the public who would like to participate in LAUSD Board meetings. Since the meetings are held during school hours, public school teachers and students are not able to participate, although charter schools seem to think that standing in line on a sidewalk is an appropriate use of instructional time. While the District includes 694,096 students, only 155 spectators can fit in the Board Room. Meetings are often marathon sessions with many unrelated subjects on the agenda.

In an attempt to fix these problems, I have proposed the “Board Meeting Accessibility to the Public” resolution. As permitted by Article 3, Section 35145.5. of the California Education Code, I have requested that the  LAUSD Board discuss this resolution at a future meeting. According to LAUSD policy, it will be heard during a Committee of the Whole Meeting. You can show your support by signing this petition.