Apparently, power not only corrupts, but it also provides cohesiveness. While Trump has lower approval ratings than any other modern president except Ronald Reagan at this point in their presidencies, 86% of Republicans give him a positive rating. Right now it looks like he could shoot Abe Lincoln in the middle of 5th Avenue and he would still maintain the overwhelming support of his party.

The Democrats are stuck in a reality that is a mirror image of their counterparts on the other side of the aisle. The 2016 elections have left deep fractures within the party that has been thinly covered by the unity in resisting Trump’s policies. Bernie supporters still harbor resentment for a primary process that is blatantly skewed towards establishment candidates while Clinton’s supporters seek a scapegoat for their candidate's unexpected loss to Trump. Instead of using Sanders’ status as “the most popular U.S. politician” to grow the party, the Democratic establishment has attacked him and his supporters with charges that they are “sexist” and not real Democrats.

California’s open primary provides an opportunity to see how the animosity between the two sides is playing out. In a state rich with Democratic voters, Republicans have been shut out of the general election. This leaves two Democrats battling not only for a Senate seat but for the direction of the party.

Ironically, both candidates are entrenched politicians who beat out progressive favorites Alison Hartson and David Hildebrand in the primary. Dianne Feinstein has held the Senate seat since 1992 and has not debated an opponent since 2000. Despite running as a Democrat, she voted to approve the Bush tax cuts and his incursion into Iraq. Like Betsy DeVos, she supports charter schools. Kevin De León is the former state Senate president pro tem. Like Bernie Sanders, he supports Medicare-for-All as a way to increase access to health care. He has promised to co-sign the College for All Act. While his opponent opposed the 1996 ballot measure that legalized medical marijuana, he supports the decriminalization of the drug.

Ongoing divisions within the party were on full display at a discussion group comprised of participants who were all significantly to the left of Trump. Despite the distinct policy differences between the candidates, supporters of incumbent Feinstein expressed bewilderment that anyone would not support their candidate. Like those who insisted that the Berniecrats get in line during the 2016 election, they warned of dire consequences if Feinstein were not reelected. Ignoring the fact that our other Senator also sits on the Judiciary Committee, they warned that the state would be harmed by losing the ranking member. One participant worried out loud about the harm that would come to the party if the “crazy left” were allowed to gain ground. 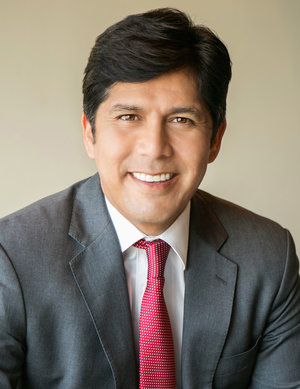 In our never-ending election cycle, the 2020 election season will start as soon as the polls close on November 6. If the Democrats are to succeed in reclaiming the White House, they are going to have to ensure that the rifts currently exposed within the party do not explode into divisions that are irreconcilable. We are already paying the price for wounds that were allowed to fester in the last cycle.