Campaigning on the Public Dime

In November, Superintendent Cortines relayed an “anecdote about not being able to get through the door of two separate classrooms...’ because they were so crowded’” and promised that class size reduction is a LAUSD priority. However, before Tamar Galatzan rushed out the door before the end of the last School Board meeting, she voted to send layoff warning notices to 609 teachers, counselors and social workers. She took this step because the Superintendent says that the district is facing a deficit of nearly $160 million dollars. Instead of balancing this budget by increasing class sizes that are already too large, the Board should consider other ways of saving money. One way is to decrease Ms. Galatzan’s printing budget. 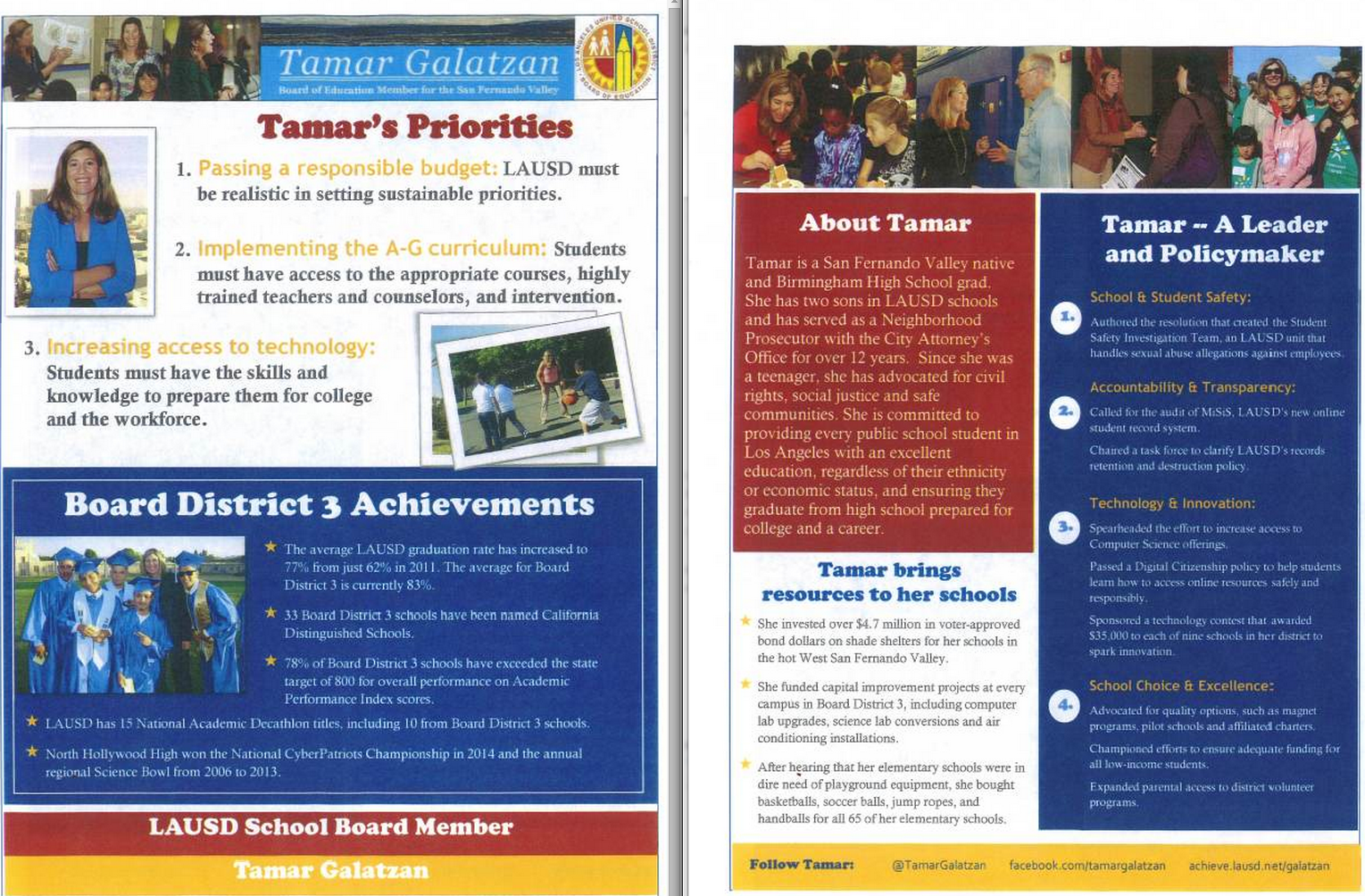 As noted in an ethics complaint by former candidate Filiberto Gonzalez, Ms. Galatzan has been distributing double sided, full color flyers at events where she is representing the LAUSD Board and is prohibited by law to mention her campaign activities. At best, this represents a confiscation of education funds in an effort at self-promotion by the eight-year incumbent. At worst, it becomes campaign material. This appears to be the case as Ms. Galatzan’s campaign material is comprised of text taken almost entirely from the district’s publication. 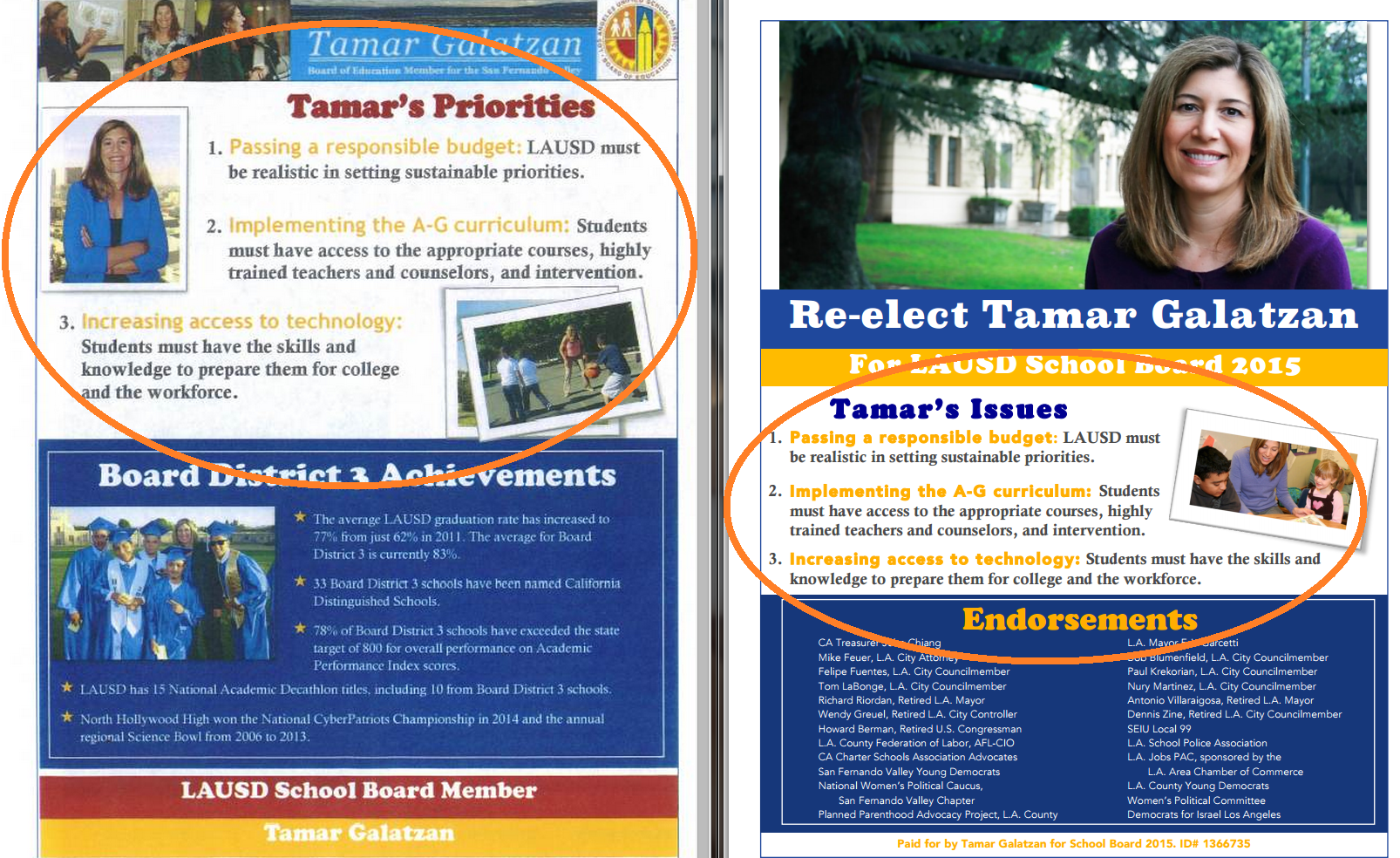 In the flyer registered with the Los Angeles City Ethics Commission, “Tamar’s Issues” is a word for word duplication of “Tamar’s Priorities” on the flyer paid for by the district. 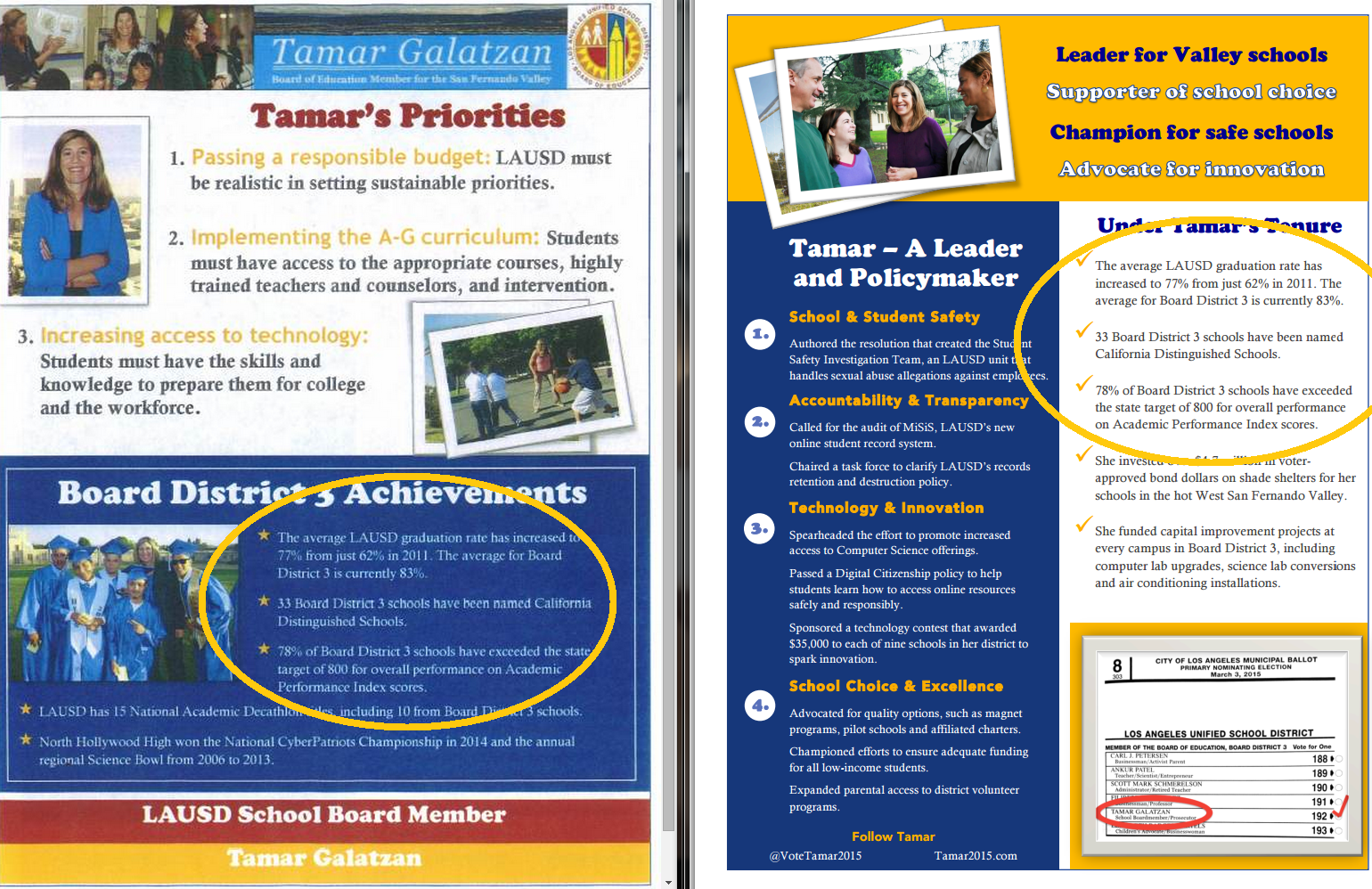 The First three “Board District 3 Achievements” in the LAUSD flyer are also copied directly onto her campaign literature. 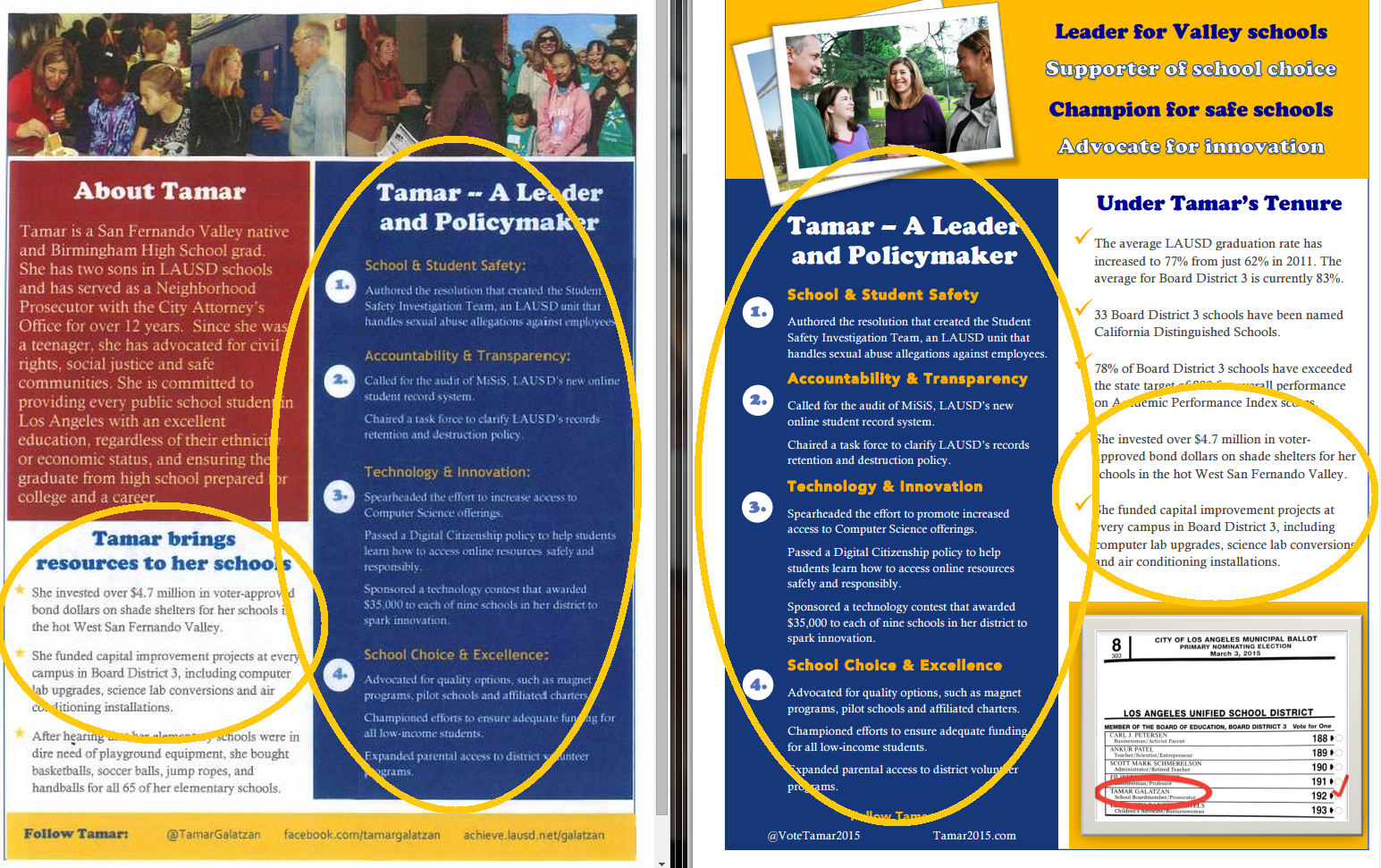 The balance of “Under Tamar’s Tenure” are taken from the District’s flyer. The campaign staff did not even bother to change the formatting of the section claiming “Tamar -- A Leader and Policymaker.”

The major difference between the flyers is the contact

information. However, this brings attention to another violation by the Board Member. If @TamarGalatzan and facebook.com/tamargalatzan are accounts maintained by a government agency, then First Amendment rights apply. As a full time City Attorney, Ms. Galatzan should be aware of this fact. However, her staff has blocked those who disagree with her policies from viewing and, therefore, commenting on these pages. Perhaps she would not need to spend our students’ money to promote herself if she listened to what her constituents had to say. 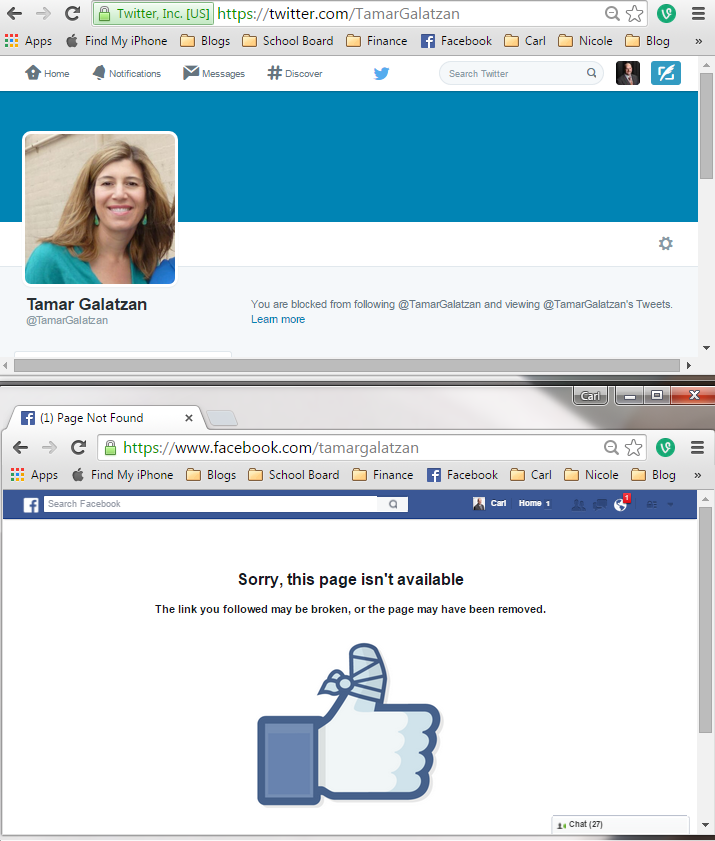