Did GHCHS Endanger "the Health and Safety of Students, Staff and other individuals"?

The information within the unsigned letter sent to the “Granada Hills Charter Community” seemed innocuous. Framing the situation as a tenant/landlord dispute, Granada Hills Charter High School (GHCHS) said that during a routine inspection of the campus, the LAUSD’s Facilities Services Division had found “several violations concerning modifications to the campus” that “were not performed in compliance with [their] Sole Occupant Agreement (SOA)” with the District. The school had been given an “April 3, 2017, deadline to remedy or develop an action plan to address [these] concerns” [emphasis mine]. The only mention of the welfare of the students attending the charter was a seemingly random statement that they “always keep the health and safety of our students and staff as [their] primary focus.” 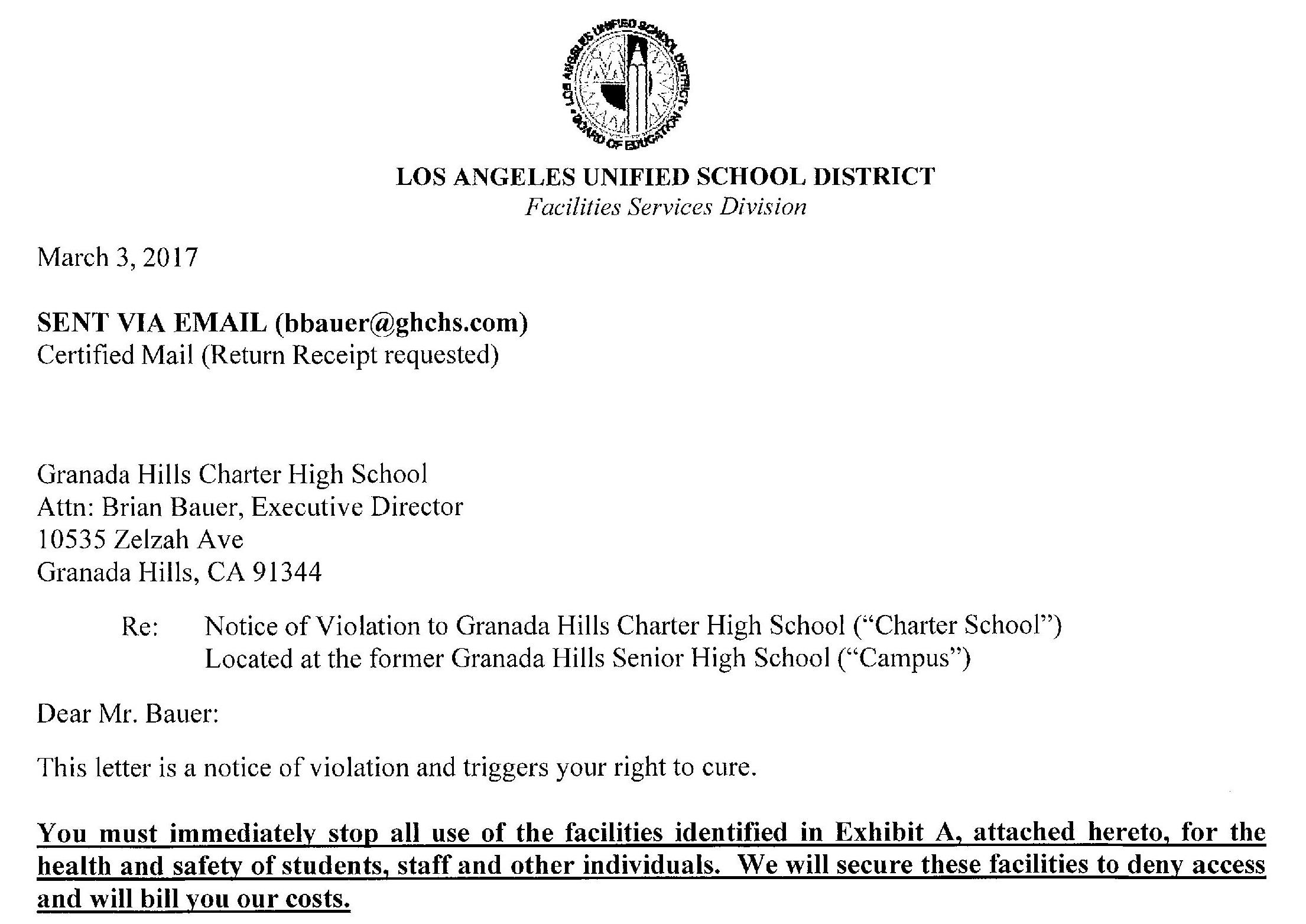 Notably missing from the letter was any indication that it was meant to fulfill a requirement that GHCHS notify parents that a formal Notice of Violation has had been issued by the LAUSD and that this could have resulted in a revocation of their charter. Nor was it mentioned that Executive Director Brian Bauer had been informed that the alterations in question “were a risk to the health and safety of your students, staff, and other individuals.” While it is true that GHCHS had been given 30 days “to deliver to District evidence of [their] compliance with the SOA or a plan to cure and timeline acceptable to District”, they had also been ordered to “immediately stop all use of the facilities identified in Exhibit A...for the health and safety of students staff and other individuals” [emphasis mine]. Finally, GHCHS neglected to inform the community that they were also accused of violating the law by “failing to obtain necessary review and approval of the plans for the identified alterations from the Division of State Architect.”

Given the allegation that GHCHS has engaged in behavior that could dissuade students with disabilities from attending this publicly funded schools, it is concerning that the report also contains instances where the Americans with Disabilities Act was violated. These include:

It is interesting to note that Bauer’s response to the LAUSD on March 14, 2017, focused not on the safety issues but on what he considered simple violations of procedure. His main concern appears to be centered around whether the document he received was actually a Notice of Violation since it had not been “approved by the District Board before being issued.” For this reason, he was adamant that it could “not be used to commence revocation proceeding against GHCHS”. No mention is made of the immediate safety hazards facing the students under his care. These are not the actions of someone whose ”primary focus” is the “health and safety of [his] students and staff”. 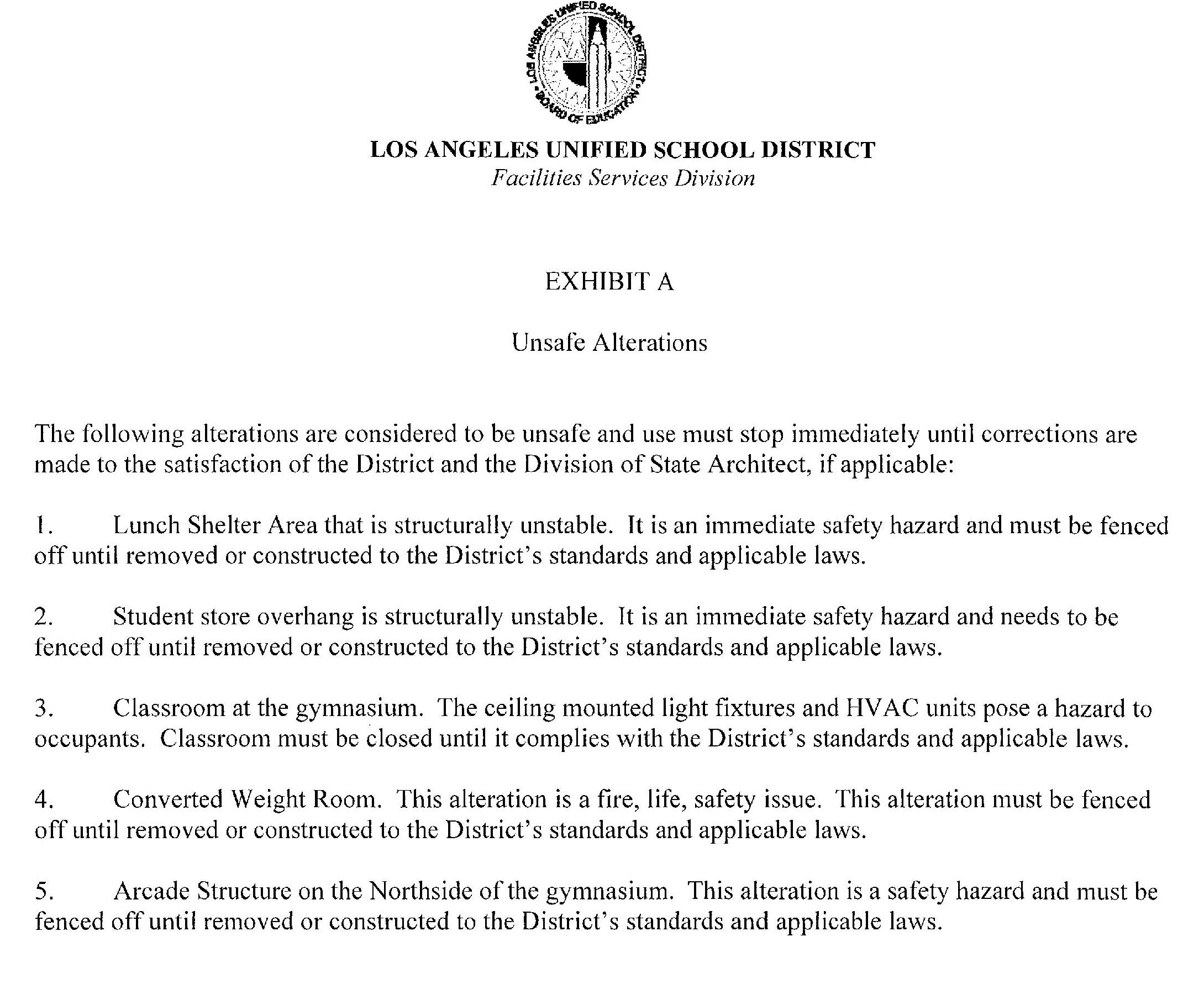