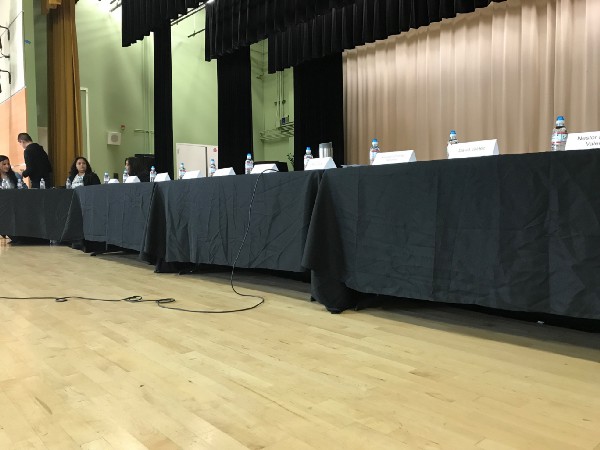 “The District representatives were not helpful in suggesting remedies”

Under what circumstances should the police be called on a five-year-old child? According to parents at Mayberry Elementary School in the Silver Lake/Echo Park area of Los Angeles, the principal has called the Los Angeles Police Department about students under her charge on six different occasions. In one incident, a kindergarten student was questioned by police after he “pulled his pants down to a playmate”. When the boy’s mother, Britney Ingram, attempted to find out what was happening, she was told by the officers that the matter was a “confidential problem”, that she could not “be present while they questioned her son” and “that if her son did not testify they would take him to the police station.” Another parent who attempted to record the events was removed from the school at the direction of the principal despite the fact that she “was a registered [school] visitor at the time this happened”.

If Ingram lived in one of the six Board Districts that currently has an elected representative on the School Board, she could have sought assistance from this Board Member. Unfortunately for her, she lives in Los Angeles Unified School District (LAUSD) Board District 5, the area formerly represented by Ref Rodriguez. This seat was left open when Rodriguez pleaded guilty to felony charges related to his campaign. He had also been arrested for being publicly intoxicated.

Board Member Scott Schmerelson had attempted to temporarily appoint  Jackie Goldberg to the seat that she had held in the past, but this was blocked with the help of Speak Up, an astroturf group supported by the charter school industry and Nick Melvoin. They claimed that a white woman from Silver Lake/Echo Park could not adequately represent the area. Since the Board failed to appoint Goldberg or any other person to the seat, none from Board District 5, including those living in the Silver Lake/Echo Park area where Mayberry Elementary School is located, have any representation.

Rodriguez was put into office with the help of the California Charter School Association (CCSA), who ran deceptive ads against his predecessor, Bennett Kayser, claiming that he “tried to stop Latino Children From Attending Schools in White Neighborhoods”. One of the reasons that CCSA spends millions on LAUSD School Board elections is to ensure that charter schools are not held accountable for the public funding that they receive. The privately operated schools they represent also benefit when there are LAUSD Board Members who purposely weaken the public schools that charters are meant to compete with.School Board members backed by the CCSA have been responsible for some of the most financially reckless programs that the LAUSD has embarked on. This includes the $1 billion iPad debacle and the MiSiS crisis. Before Rodriguez left the Board, he helped install Austin Beutner to the $350,000 position of Superintendent despite his having absolutely no experience as a professional educator. Facing a strike, Beutner and Nick Melvoin, another CCSA favorite, are currently on a road show insulting our teachers rather than finding a way to meet their demand for smaller class sizes. 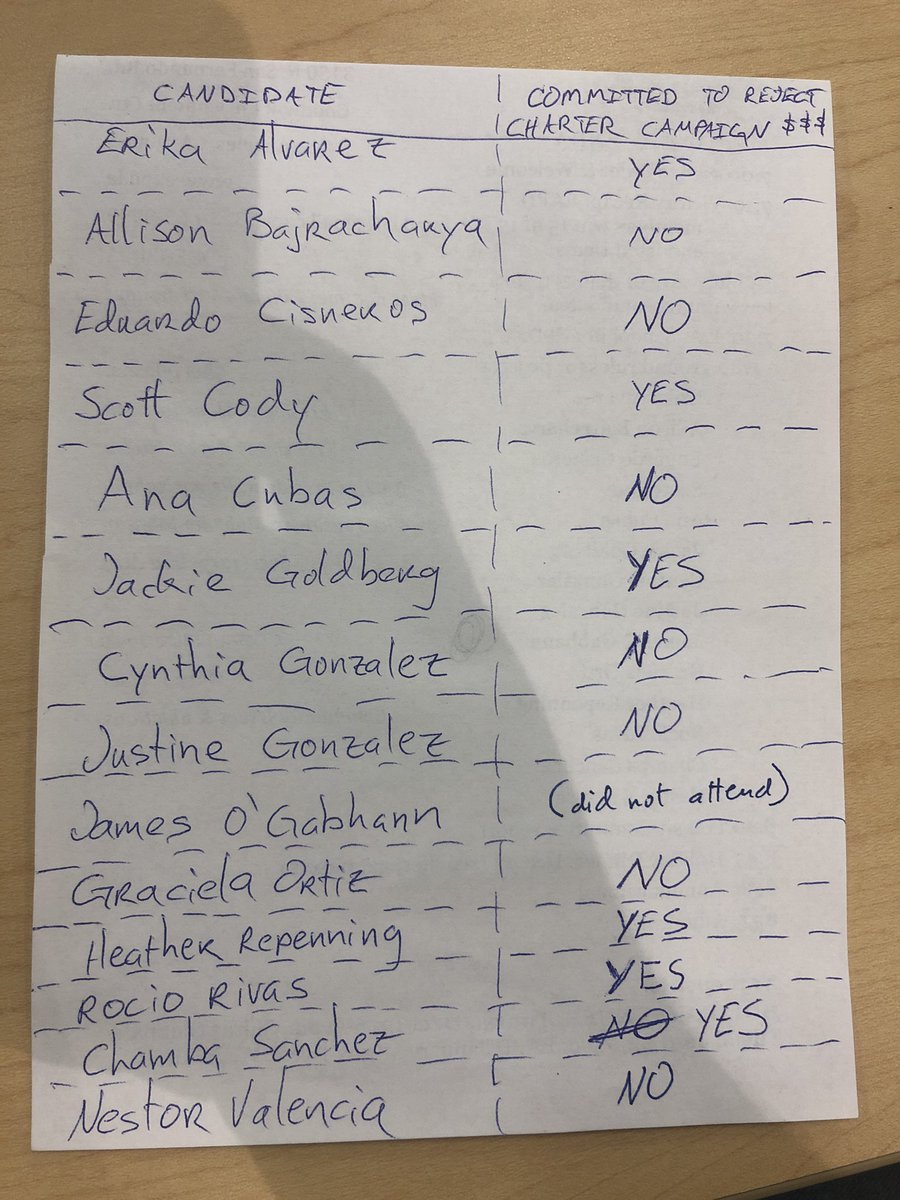 As the field takes shape for the special election that will eventually replace Rodriguez, the CCSA has already stepped up their efforts to reclaim that seat they lost. At a recent endorsement meeting, the East Area Progressive Democrats asked potential candidates if they were “committed to rejecting charter campaign money.” Half of the candidates would not make this commitment, showing that they would put the interests of publicly funded private schools above LAUSD students if they were elected. The students of Mayberry Elementary School need the voters to select someone who will represent them.