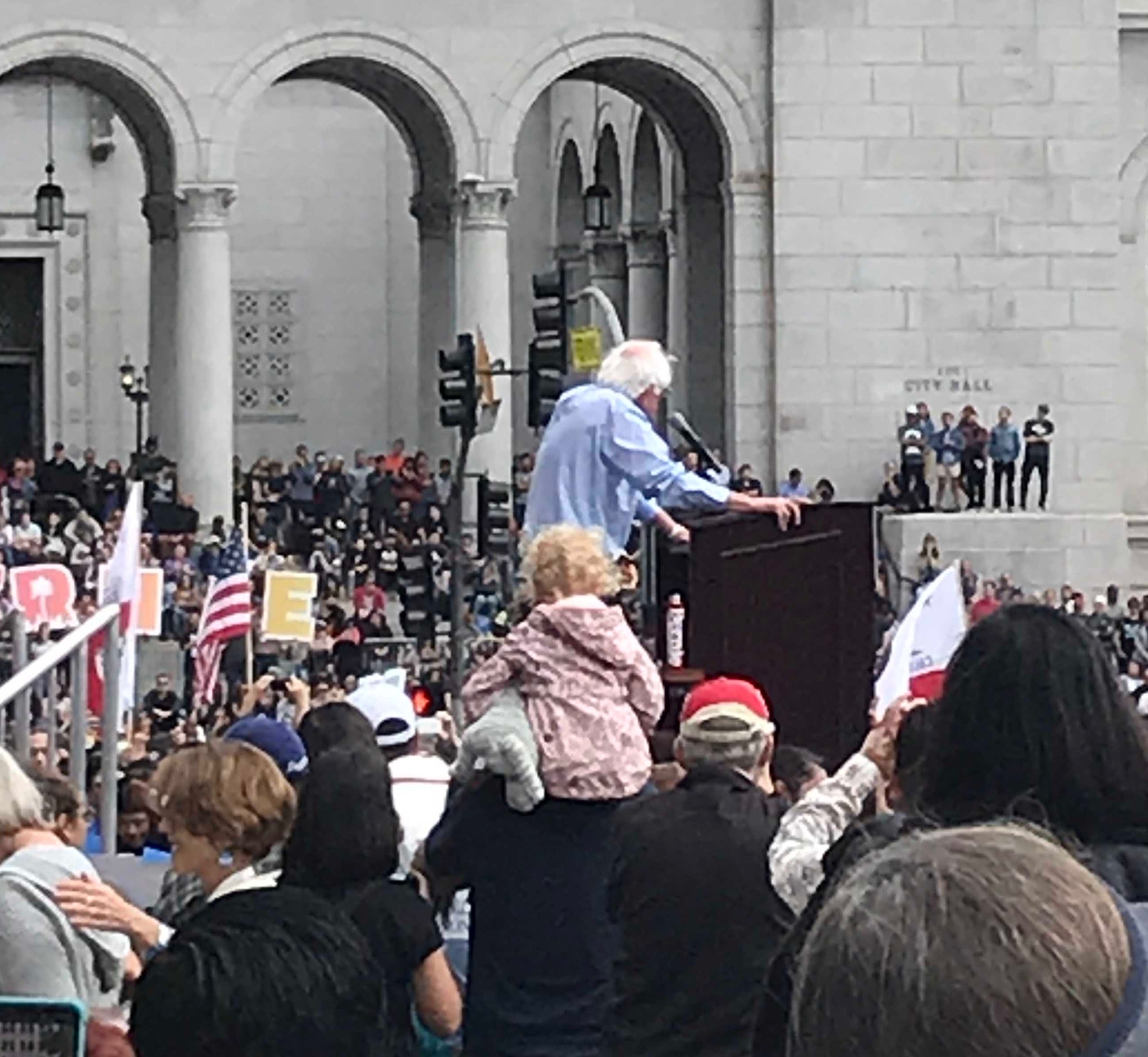 “Health care must be recognized as a right, not a privilege. Every man, woman, and child in our country should be able to access the health care they need regardless of their income. The only long-term solution to America’s health care crisis is a single-payer national health care program.”

I listened to the small talk as people slowly filled in around the conference table and wondered to myself how many other people actually realized what was going on. If the seemingly random makeup of the people in this surprise meeting was not enough of a clue, the stack of large envelopes, the presence of the newly appointed head of the company from our new parent company and the stranger that accompanied him should have been. My streak of 31 years of employment, 14 years with this company, was about to come to an end.

With everyone assembled, the executive started to speak. My mind went numb as he confirmed that my suspicions were true and I missed most of what he had to say. However, there were two things that came through loud and clear: the details of my severance package and the fact that my health insurance would expire at midnight. The stranger from the outsourced Human Resources department suggested that if we needed to see a doctor we should do so before the end of the day. It was 2:00 in the afternoon.

This part of the story ends well for me because my wife has a generous boss who made sure that I was retroactively added to her plan so that I would not be caught without coverage. A few weeks later I also received information from my former employer about how to sign up for COBRA and maintain coverage. I wonder how this worked for one of my former co-workers who was not at the meeting because he was with his pregnant wife who was experiencing false labor. His severance check probably paid for a fraction of the medical bills that covered the delivery.

Unfortunately, keeping a job is not even a guarantee that someone will maintain health insurance coverage. At the company where my wife used to work, the owners notified their employees on the last day of the month that they had eliminated their insurance. With no notice, these employees were left scrambling to find their own policies. Surely, this company knew of their plans in advance. Why didn’t common decency, or the law, require them to give their loyal employees the chance to find alternative coverage for them and their families?

Even under less dire situations, employer-based insurance can mean massive disruptions in the delivery of health care. Almost every year my former employer would switch carriers as the plans came up for renewal. If the new provider network did not cover our existing doctors, we would have to find new ones. For someone like my wife who has a chronic condition, this means building new relationships with the multiple specialists who coordinate her care. At best, this is an inconvenience. In the event that a new doctor who is not familiar with her history misses an important change, it can be catastrophic.

Obamacare made important changes to the way our healthcare system is delivered. Prior to our marriage, my wife was unable to obtain affordable health insurance because she was self-employed and had a preexisting condition. This is no longer a problem today. Because of Obamacare, my adult son was able to stay on my policy until he earned coverage through his own job. My daughters will no longer be penalized with more expensive insurance rates because of their gender.

Despite the fact that Obamacare is based on a healthcare system that conservatives created, the GOP has spent almost a decade trying to repeal it. Even with this constant partisan bashing, 50% of adults have a favorable view of Obama’s signature achievement. Still, relying on the 39% who have an unfavorable view of Obamacare, Trump has initiated the latest assault with support of a court case that seeks to invalidate the entire law, including the protections for those with pre-existing conditions, inclusion of offspring up to the age of 26, elimination of caps on lifetime benefits, expansion of those protected by Medicaid, free access to checkups and other preventative care, and subsidies for those who cannot afford coverage. What he ignores is that a significant portion of this 39% do not think that Obamacare overreached. Instead, they realize that by continuing to rely on employers to provide coverage through private insurance companies, Obama’s plan is an incremental step that is doomed to fail at providing universal health insurance.

In the months before Obamacare took effect in 2013, 18% of Americans were uninsured. The month Trump was elected, this had fallen to 10.9%, a significant improvement but not enough for those who believe that health care is a human right. Under Trump, the ranks of the uninsured have gone up by 7 million and now sits at 13.7%. This is a national embarrassment.

As promoted by Bernie Sanders, a “Medicare for All” system would guarantee access to healthcare for all Americans. It would also increase individual freedom by eliminating reliance on an employer to provide this coverage. Additionally, it would also save money by removing the profits and marketing budgets of private health insurance companies. For these reasons, 70% of Americans, including 52% of Republicans support this policy. It is time for Trump, Senate Republicans, and Corporate Democrats to stop their partisan bickering over Obamacare and deliver what the American people want.