Breakfast in the Classroom was in place for almost a week at Sherman Oaks Center for Enriched Studies before the Los Angeles Daily News’ education reporter finally covered the controversy. Unfortunately, little reporting was done on the subject. The reporter simply quoted a district official without doing any research to find out if her statements were accurate.

Dina Lipton, a mother who was interviewed by the reporter found the article to be “disappointing.” In response she sent the following email to the reporter detailing her complaints: 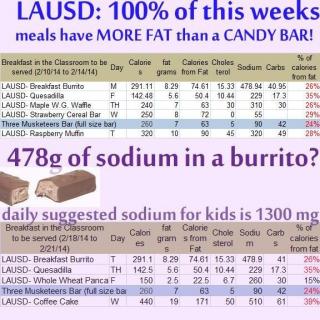 After reading the article that you wrote about BIC and SOCES I can't help but wonder if you were truly impartial when writing it? I spent a long time discussing the evolution of the opposition to BIC at SOCES with you and somehow you made it sound like I and 14 other parents oppose this program.

Parents of SOCES have historically taken the high road in discussing this program.  Last year we had 3 separate meetings with the head of food services over a 4 week period.  Mr. Binkle was the most informative and concerned individual within the district to date and he worked with parents from SOCES to understand our concerns about nutrition and the needs of our children.  This year Mr. Binkle was no longer working for the district and now we see a blatant disregard for the parents concerns and needs.  What happened to the district mantra of "parents as partners"?

What happened to the fact that children who eat a nutritious breakfast in the morning at home no longer having the option of food at nutrition due to this program.  These students will go hungry until lunch time when the cafeteria re-opens!

Instead you made it sound like I was simply complaining about a kid who throws away a breakfast but keeps the apple and how messy the classroom is! 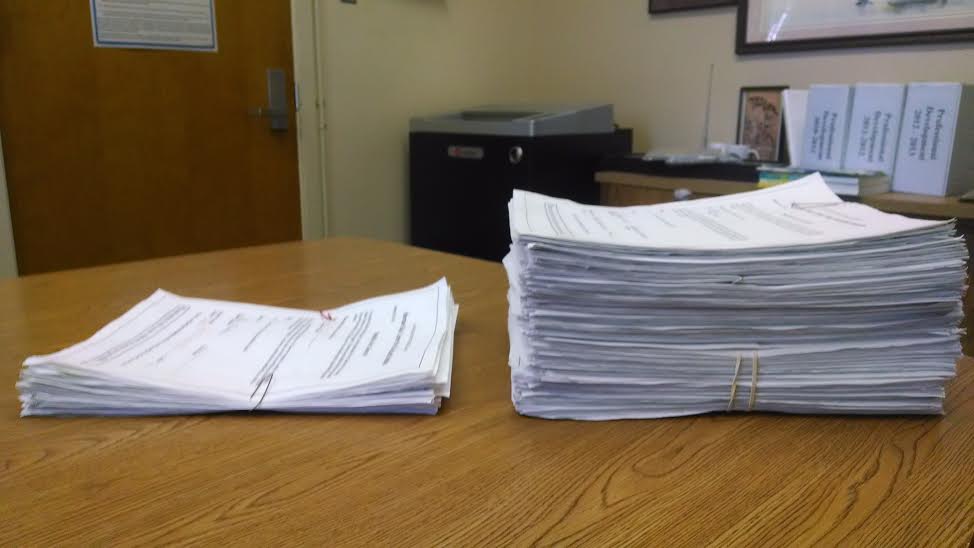 I don't know where Laura Benavidez got the information that 15 parents filled out an opt out form but that is seriously false!  Maybe the data is incorrect because the program was pushed into SOCES with 14 days left of school (another fact missing in your article) and it is so unorganized that the assistant principal couldn't even tell me how they were going to collect and log the opt out forms!

How about ask the question "why do they want to feed EVERY student whether they are hungry or not"?  Laura Benavidez's claim that it's so that students who qualify for free or reduced lunch don't feel singled out and self conscious is a ridiculous claim!  You did not bother to mention the fact that this is actually working exactly the opposite in some schools where the only students left taking and eating the BIC are those students in need and since they are "trapped" in the classroom eating, EVERY student knows that they are the ones in NEED and therefore they are singled out!

If the program went back to the old way those students who NEED the food would be discreet and go to the cafeteria where nobody but the cafeteria staff knows if they have paid or not!

To waste food on every student regardless of need for the reason Laura gave is irresponsible and terribly wasteful.

Maybe it would have been more accurate to state in your article that SOCES parents protested in front of the school the Wednesday before the Monday roll out, a protest that was observed by LAUSD officials and THAT'S WHY they agreed to an opt out form (to keep us quiet) even though we were asking for permission slips.

Maybe you should have stated that Mr. Cortines was present the morning of the roll out at SOCES, along every other LAUSD official and Laura Benavidez, to MAKE SURE the roll out happened!  Why?  Money!  Why disrupt 2,100 students and 70 teachers with 14 days left of school?  LAUSD did not even follow their own guidelines regarding rolling out BIC at SOCES a fact you can check by opening the attachment. 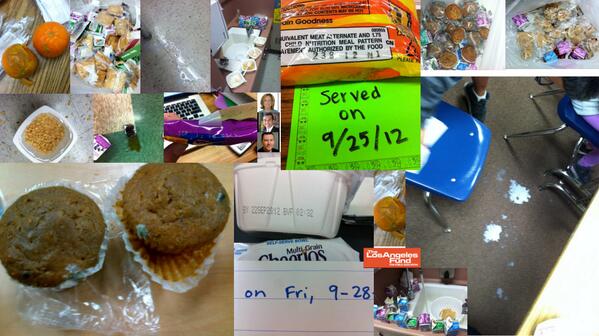 What about the fact that LAUSD did not "provide" opt out forms to every student at SOCES?  A phone call went home to parents on the Thursday night before the roll out saying "if you want more information about BIC go to the our website".  How is this "providing" an opt out form?

This is why we were in front of school before and after school all week handing out opt out forms for those students and parents who do don't have access to a computer or a printer at home and do not want to participate in the program!

I had no idea that you would take the least powerful information from our discussion and only include that in your article while opting to disregard all the most important facts.

I hope you will write another article stating all the facts from both sides instead of JUST the LAUSD unsubstantiated claims.