Fox in Charge of the Hen House?

“Based on conservative estimates, California stands to lose more than $100 million to charter school fraud in 2015.”

Last year California’s charter schools received $3 billion in public funding. While these schools are designed to be “free from most regulations that apply to school districts,” the law does not provide them total free reign. School districts who approve charters are given the responsibility of ensuring that these schools are fiscally sound, adhere to academic standards and are equally accessible to all students. Unfortunately, the Board’s effectiveness as a regulatory agency is severely compromised by the fact that organizations representing charter schools are the biggest spenders in LAUSD elections.

In last month’s primary in District 3, independent expenditures totaled $272,569.72, all of it spent supporting incumbent Tamar 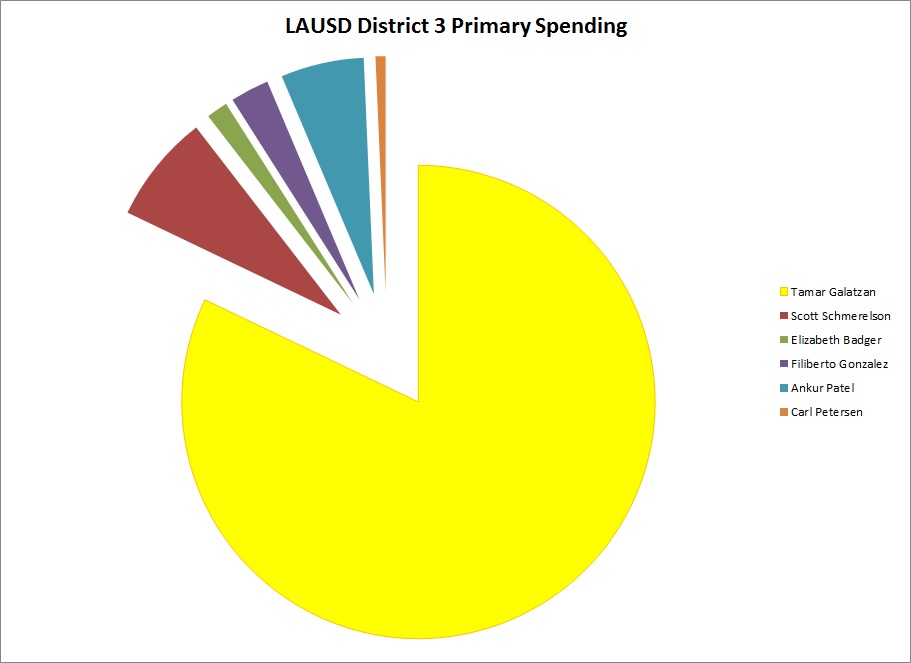 Galatzan. This was in addition to the $40,289 that was contributed directly to her campaign, much of it from individuals who work in or on behalf of the charter industry. In comparison, all five of her opponents, including her general election challenger Scott Schmerelson, spent a combined $65,964.65 on our campaigns. Is this a quid pro quo in return for an assurance that she will ignore her regulatory responsibilities or perhaps it is a recognition that her “school choice” platform puts the interests of the charter industry above those of students, parents and taxpayers.

In a recent debate, Ms. Galatzan acknowledged that “there are some bad charter schools,” but did not explain why the District allows them to operate. Instead of accepting responsibility for providing oversight, she stated that her “job as a Board member is to create high quality public school options.” While she may receive the bulk of her campaign funds from charter schools, her salary is paid for by the district. It is, therefore, her job to set policy for the LAUSD run schools and to make sure that they are the best choice for parents. The proliferation of charters under her tenure may make her a favorite of charter proponents, but it represents her failure as a Board member.

In District 5, challenger Ref Rodriguez is actually an employee of charter schools. In an attempt to replace the Board’s reflexively anti-charter vote, Bennett Kayser, charter-affiliated groups spent $816,281.39 during the primary, including ads that inaccurately portrayed the incumbent as a racist and engaged in ableism. With three weeks left to the May 19, general election, these schools and their supporters have already spent $644,166.07 to put one of their own on the LAUSD Board.

While charter school money is usually counterbalanced at least in part by spending from the teacher’s union, UTLA, both sides are backing the incumbent in District 7. Combined they have spent over $150,000 in attempt to defeat the independent-minded challenger, Lydia Gutierrez. Still, the one poll whose results have been released shows that she still has a small lead over the Board’s current President. Perhaps there is still hope for the outspent underdogs in all of these races.