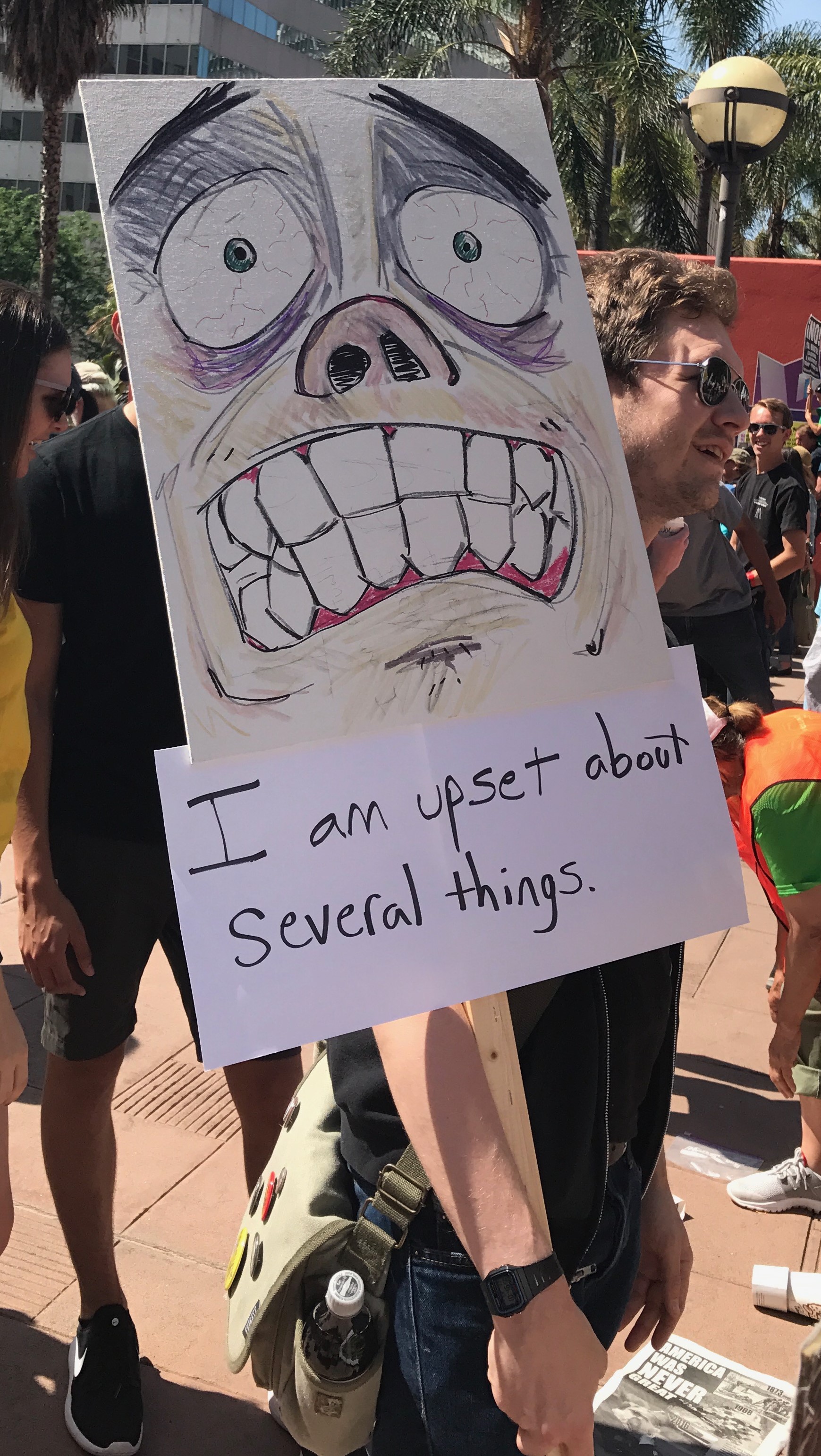 “You will be our President when you read this note. I wish you well. I wish your family well.”

My birth as an activist occurred during the presidency of George H.W. Bush. As the GOP gained traction in their attempts to overturn Roe vs. Wade, I spent many Saturday mornings protecting access to women’s health care clinics as mobs of anti-abortion protesters tried to shut them down using physical force. Often standing by my side were members of the activist LGBTQ+ community who exposed me to the personal side of their fight, which at that time included an AIDs epidemic that was unchecked.

In 1990, President Bush held a fundraiser in Century City that was protested by AIDS Coalition to Unleash Power (ACT UP)/LA. I was one of the protesters who supported their actions as they held a “die-in” in front of the hotel housing high-dollar donors. They wanted to draw attention to Bush’s failure to prioritize the funding of research for the disease. Since this was in a time before Republicans had alienated Hispanic voters, California was still a GOP stronghold and opportunities for protest came often as Bush visited the state looking for more money. This was the First Amendment in action; constituents were drawing attention to grievances against policies that their President was implementing.

The impeachment of Bill Clinton, the disputed 2000 presidential election and the birther movement have all helped to change America. It seems that with every passing President we retreat deeper into our red and blue silos and put emphasis on our membership in a political party over our status as Americans. The Tea Party did not just protest President Obama’s policies, they questioned his legitimacy as a President. Even in defeat, Hillary Clinton is attacked by Trump supporters that still chant “Lock her up!”

When I first marched against Donald Trump, it was against the policies that I feared that my President-elect would implement. However, as his Presidency has careened out of control, Trump has proven that he has no interest in being my President. In fact, he has shown time and again that he has no interest in anyone who dares to question his actions. Even his fellow Republicans are not safe, as evidenced by the way he continues to dance on the grave of John McCain, an American who devoted his life to public service. While George Bush moved past his defeat to befriend Bill Clinton, Trump has been either unwilling or unable to establish any kind of relationship with any of his predecessors from either party.

As the nation prepares to bury a past president I hope that the era he represents will not be placed in the casket with him. I need to believe that there is a chance that we can move past division once the Trump presidency has ended.