How Can a Charter School Renew or Expand Without a Legitimate Governing Board?

"A material revision of the provisions of a charter petition may be made only with the approval of the authority that granted the charter."

Having already billed itself as the largest charter school in the country, Granada Hills Charter High School (GHCHS) has submitted a charter renewal that would change the school to one that serves Transitional Kindergarten to 12th and add 1,425 students. Unfortunately, the Governing Board that approved this charter petition does not include the type of members outlined in its current charter. In my prepared testimony for the LAUSD School Board, I pointed out that this should invalidate the charter renewal petition:

I’m a little confused as to how Granada made the agenda today because they do not have a legitimate, sitting Governing Board. Without a legitimate Board how, did they submit a charter renewal?

I have provided you the information that shows how their previous charter specifies the makeup of the Board; that includes two teachers, a classified staff member, and an administrator. Sometime between then and now, they decided to change that. I’ve shown you that their website indicates the current composition of the Governing Board as well as the minutes from a previous meeting indicating how they have replaced all stakeholder representatives with at-large members.

This is a big deal because on the next page you’ll see how they elect, I mean place, each of those members on the Board. The teachers, the classified and the administrator were all elected by the stakeholder groups. By comparison, the at-large members are appointed by the Governing Board.

Without a sitting Board, how did they approve this renewal and expansion?

I have shown you on the third page that a change like this requires a material revision by the LAUSD Board. No such Material Revision was given. They just did it and the Charter School Division looked the other way.

There is also a problem with how you described this agenda item. It lists Granada Hills Charter High School as a start-up, independent charter high school. It is not a start-up; it is a conversion school. There are specific, important differences. On the Board Materials, you listed their status correctly.

There may be a good reason why you confused it because in this new charter they want to expand. With that expansion, they have confused what a conversion is. Previously, children within the neighborhood had priority for admission. Under the new charter, that will not be the case anymore.

Eighth graders will have priority going into ninth grade, but those eighth graders are not considered part of the conversion. Therefore, these students can come from anywhere and get priority over neighborhood students. That is not what the charter law specified when it allowed a conversion.

As it is, many parents are already complaining that they can not get their students into the regular programs at Granada. Instead, they are being forced to enroll in iGranada, which is an independent study program. This included a documented case where a special education student was placed into independent study even though it had not been authorized by his IEP. This is not allowed by law.

Under the previous charter, specific preference was “given to students residing within the former attendance area of the school.” If the renewal is approved without revision, these students will only be given an unspecified preference in the lottery. This is in direct conflict with the law that allowed Granada to be converted from a public school.

There are also serious questions about where Granada will locate the additional 1,425 students. While the petition claims that the former Pinecrest facility will be used, this location only housed 448 students during the 2002 school year. Additionally, the minutes from Granada’s Governing Board meeting on December 9, 2013, state that “the current structures [at Pinecrest] will probably be razed given the age and condition of the buildings.” Those buildings are still being used for the iGranada program and portions are being leased to Valor Academy Elementary School.

Granada’s new charter also includes the “Summer Transition Academy (STA)” as a “graduation requirement”. This continues an error that the Charter School Division (CSD) made in recommending the approval of Granada’s previous charter. Meanwhile, the CSD cited North Valley Military Institute because their Entrance Camp is a “conditional admission practice [is] contrary to the law requiring charter schools to admit all who wish to attend.”

Granada’s extremely low population of students with disabilities cannot be ignored. As shown in the attached chart, almost 20% of the students at the neighboring Valley Academy of Arts and Science have special education needs while Granada enrolls 7%. However, during the last charter renewal process, almost 50% of their students were Gifted and Talented. This is more indicative of a magnet than a conversion school that is supposed to serve the needs of the neighborhood.

Finally, Granada’s financial condition must also be examined closely. The results of their independent audit show that they have long-term debt obligations of $10,536,531. However, their budget shows that they expect to receive $354,500 in interest. This indicates that they are sitting on huge piles of cash and did not need the bond funding. 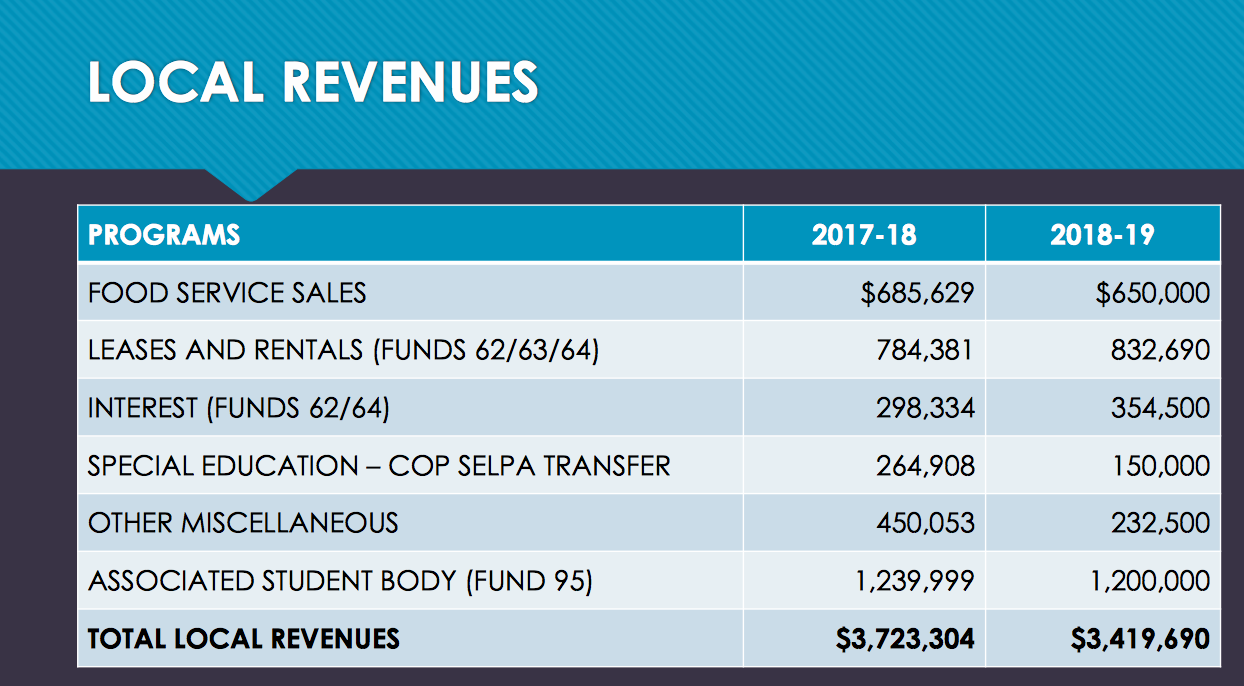 Next month, Granada’s renewal will come before the LAUSD Board for a vote. Will the Board members demand answers to these questions before voting?