If the LAUSD's Goal is "Parent Engagement", What is the Plan of Action?

Complaints about the many obstacles that the public faces when they attempt to participate in meetings of the Los Angeles Unified School District Board are close to universal.  Parents of children enrolled in charter schools and those in District schools all seem to recognize that there is a problem with a system that requires them to line up hours in advance because the Board Room is not large enough to hold the number of people who show up, particularly when there are contentious issues on the agenda. While other local districts hold their meetings in the evening, the LAUSD hold theirs during the school day which means that working parents, students, and teachers are usually not able to attend.  Since the Board limits the number of people who can speak on a subject, frustrations mount when opposing sides are not given equal opportunity to present their arguments before a vote is taken.

For years, Board members from both sides of the aisle have promised to fix these problems. Former LAUSD President Steve Zimmer, who was supported by the District’s teachers, promised that he was “actively trying to get better on this.” Charter backed Board member Nick Melvoin has agreed that the “time of meetings...are valid concerns” and would be “looking at our Board rules soon to make sure that we can hear all voices.” While minor adjustments have been made, none have ended the need for parents to spend hours in line before sitting through marathon Board meetings.

In an attempt to force the LAUSD Board to finally discuss this issue, I used Article 3, Section 35145.5. of the California Education Code to submit the “Board Meeting Accessibility to the Public” resolution as an agenda item. As a result, it will be heard at the March 26, Committee of the Whole meeting at 1:00 PM.  If adopted by the Board, this resolution would make several changes, including a requirement that meetings could not be held  while school is in session, that at least half of meetings would occur after 6:00 PM, that meetings be planned to last no longer than four hours and that speakers for both sides of any issue be given an opportunity to speak. The full text of the resolution is printed below.

The “Board Meeting Accessibility to the Public” resolution is supported by parents throughout the District. The Northridge East Neighborhood Council has called on the Los Angeles City Council “to urge the LAUSD School Board to pass the ‘Board Meeting Accessibility to the Public’ resolution that has been submitted to them for consideration.” In order to show that “Parent and community engagement” is more than an empty goal, the Board must treat Tuesday’s discussion as a way to move forward. One of the Board members must step forward and put this resolution up for a vote. 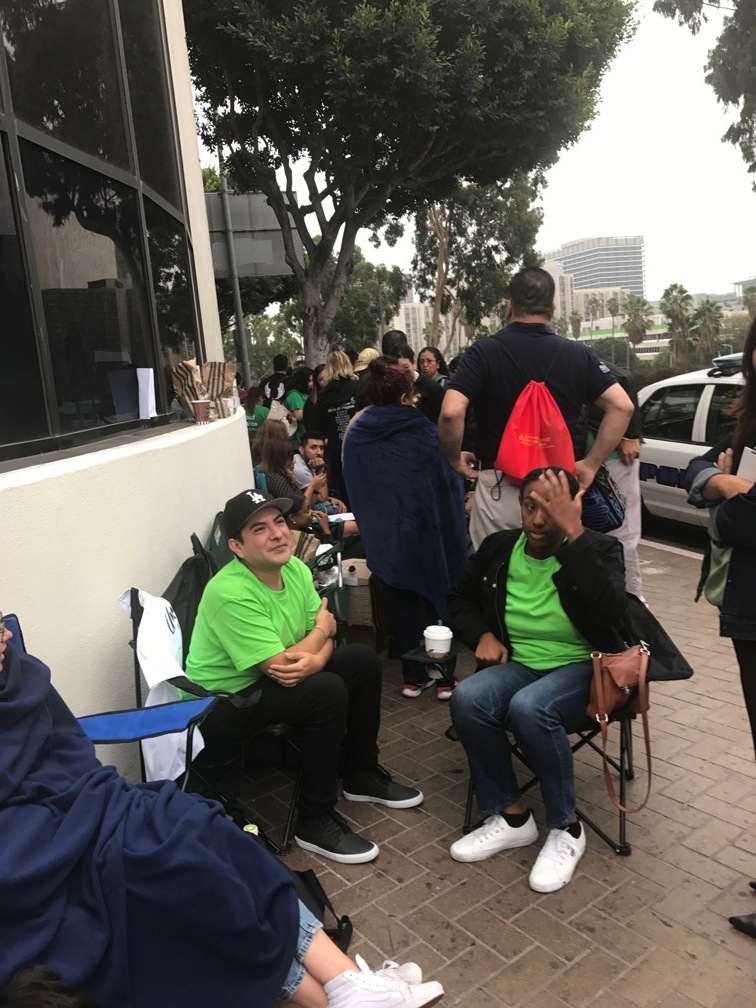 Resolution: Board Meeting Accessibility to the Public

Whereas, it is a stated goal of the Los Angeles Unified School District to have “parent and community engagement”;

Whereas, a meeting is not truly open to the public if it is held at a time when most members of the public have other obligations;

Whereas, both parents work in 60.6% of married-couple families with children and “about two-thirds of single mothers are working outside the home” and, therefore, have difficulty attending meetings if they are held during working hours;

Whereas, the public portion of LAUSD Board meetings often scheduled to start at 1:00 PM;

Whereas, a meeting is not truly open to the public if it is held in a room that is consistently not large enough to accommodate the number of people who seek to attend;

Whereas, the LAUSD Board Room has a maximum occupancy of 155 persons;

Whereas, “it is easier for families, teachers and school leaders to speak to the school board without having to wait eight to 10 hours”;

Whereas, LAUSD Board meetings can often last seven or more hours;

Whereas, outside organizations often manipulate access to the meeting so that meetings are stacked with speakers that only represent one viewpoint.

Resolved, half of all scheduled Board meetings shall begin no earlier than 6:00 PM if they are held on a weekday;

Resolved, the Board meeting that hears public comment regarding the following year’s budget must be held on a weekend, must be held at a site that accommodates the number of people expected to testify, must not limit the number of speakers and should not include any non-budget related items;

Resolved, the Board directs the Superintendent to put in place a plan to accommodate any members of the public that cannot fit into the Board meeting room so that they can watch a remote feed of the meeting in a room solely dedicated to that purpose and still be given access to presenting to the Board;

Resolved, the Board directs the Board Secretariat to ensure that agendas are written with the expectation that meetings will not last longer than four hours and to schedule additional meetings in the same month if additional time is needed;

Resolved, that if there are speakers both for and against a resolution, the Board Secretariat must ensure that both sides are represented on the speaker list.