It is great to be here on this exciting day with some positive change for once. I would just like to point out that this should have happened last August. There was no reason why the residents of Board District 5 should have been unrepresented for all of this time. But at least we are finally here.

Jackie, welcome to the Board. I look forward to standing behind you and making sure we get the changes we need in this district and to standing up together for public education.

Unlike last year when the board members backed by the charter school industry joined with Richard Vladovic to block Goldberg’s appointment, at this meeting, everyone on the board signed on to become a co-sponsor of the resolution and the vote to appoint her was unanimous. After the oath of office was administered, additional public comment was heard and then the board retreated to closed session.

As Jefferson Crain, the Executive Officer of the Board reported on the Board’s actions at the conclusion of the closed session, it was clear that the election of Goldberg had forced an immediate change in the direction of the district’s governing body. While all of the other actions had been taken with a clear majority, Crain’s contract renewal was decided on a 4 - 3 vote with Nick Melvoin, Garcia and Kelly Gonez all voting “no.” It appears that the charter industry opposed continuing his long-running tenure and the only reason that he will continue in his job of herding the board is Goldberg’s election.

The change in attitude was also apparent as the board conducted business with their newest member. Goldberg’s less formal style injected more discourse in the proceedings rather than uninterrupted soliloquies. District staff seemed caught off guard as she peppered them with questions and interrupted them when she was not getting the answers that she wanted. The bureaucracy has finally found a worthy adversary in Goldberg. 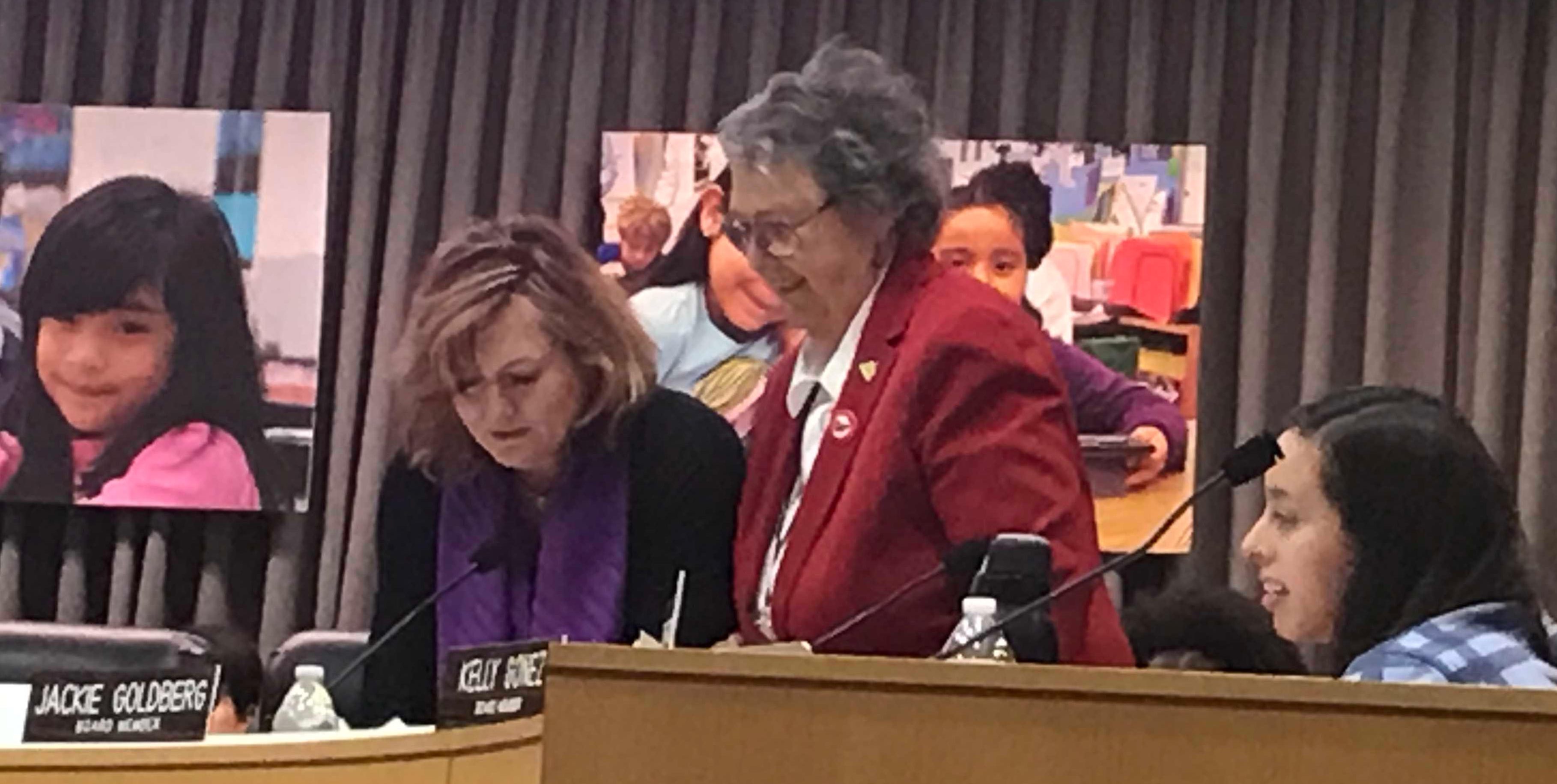 With the Board split evenly between charter school advocates and those supporting public educations, Goldberg and her allies have to find ways to work with Vladovic to push for the changes that are badly needed by the District, including ensuring greater accountability for charter schools, enacting the “Board Meeting Accessibility to the Public” resolution and ensuring that Superintendent Austin Beutner is following the directions of his bosses on the Board. They do not have the luxury of time as all of their seats are on the ballot in next year’s elections. That gives them about nine months to prove themselves to the voters before the California Charter School Association (CCSA) unleashes its next tidal wave of cash in support of candidates who will support publicly funded private schools over LAUSD students.