The LAUSD has already signed contracts with their other major unions that “included raises totaling about 6%.” It was, therefore, unclear why the District’s initial offer to the teachers was to only raise their salaries by 2%. This seemed to be especially insulting after Board Members received a raise of at least 174% and Superintendent Austin Beutner was given a contract with a base salary of $350,000 after his supporters initially told the Board that he was willing to work for free.

With the legally mandated mediation process nearing an end, the District finally updated their offer on October 30 to the same 6% that they agreed to for most of their other employees. This is within .5% of what United Teachers Los Angeles (UTLA) requested in their bargaining proposal and in past years would have signaled that a strike will be averted. This time, priorities are different and the union is holding firm on demands that will improve conditions for the students of the District. They know that it is the only way to save the District from bankruptcy.

There is no doubt that the District’s declining enrollment is jeopardizing its future. While there is little the LAUSD can do about changing demographics, about half of the loss is due to the encroachment of underregulated charter schools. UTLA has, therefore, included a demand these publically funded private schools “provide annual data on...compliance with local, state, and federal safety codes.” According to the union, the “LAUSD has refused to bargain over these issues.” This might have something to do with the millions of dollars that the charter industry has invested in School Board elections. 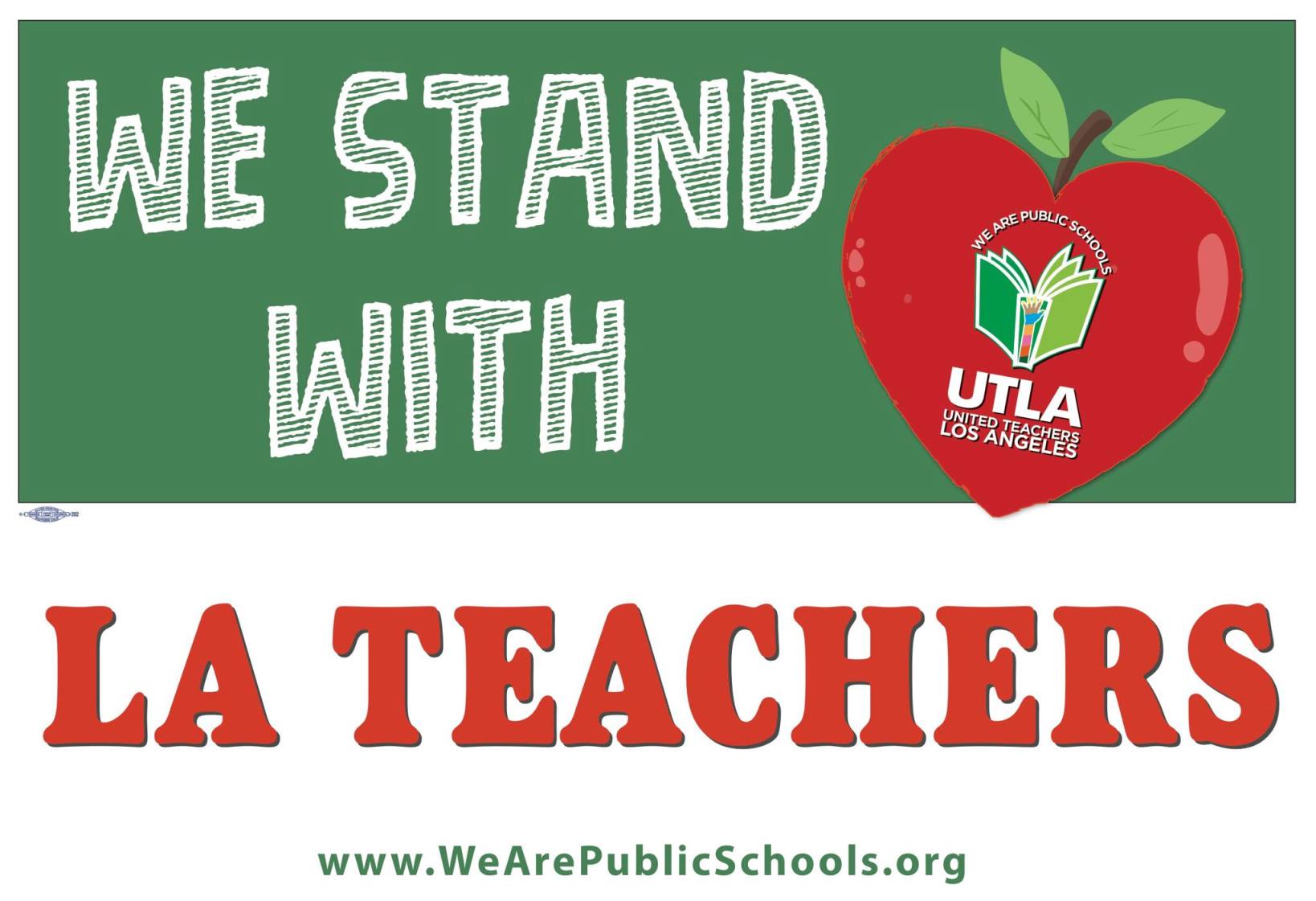 The teachers also know that in order to draw students back to LAUSD schools, public schools have to become more competitive. They have, therefore, made reducing class size one of their key demands. As noted by Dr. Julian Vasquez Heilig, a Professor of Educational Leadership and Policy Studies at California State University, Sacramento, “charter school enrollment explained less than one-hundredth of 1% of the variation in students’ test performance.” In comparison, “class size reduction [has] 400% more impact.” Yet, the District’s latest contract offer allows for increased class sizes if any one of numerous financial shortfalls occurs.

While Superintendent Austin Beutner works on a plan in private that he claims will increase local control, the Union has proposed a plan that would “empower Local School Leadership Councils with complete authority over all school-based funding, professional development, implementation of state and federal programs, and course electives and program options.” According to the union, the District has rejected this proposal and denied “an expanded voice for parents and educators in our schools.” They also say that the LAUSD has refused to bargain over expanding Community Schools.

On December 15, UTLA is sponsoring the March for Public Education at Grand Park in Downtown Los Angeles. The teachers hope that a large showing of support by the community would send a message to the School Board that they are not the only ones who demand that these improvements be made for our students. They have already received the salary increase that they requested. This support would help them get improvements for our students’ education.