In 2015, KNBC ran a story about “Parents, teachers and students [who were] fed up with class sizes” at Hamilton High School, a school with about 3,000 students. In that school year, there were 66 classes with more than 40 students. In the previous year, there had been 110 overcrowded classes. Last January, that same school had to fight off an attempt by the District to give “empty space” to a charter school. This included performance space used by its School of Performing Arts. Isn’t the LAUSD Board supposed to represent LAUSD students?

As the deadline for a teachers’ strike quickly approaches, the two sides are close to an agreement on salaries, but cannot settle on the issue of class size. The union not only wants to enshrine the maximum number of students in a class into the contract but wants language included that sets the average number of children in each class throughout the District. The LAUSD only wants to specify the maximum number of students in a class. In their counter-proposal, they crossed out the entire column specifying Class Size Averages without even suggesting a number that was more acceptable to them.

As previously stated, the Board has already passed a resolution stating that “the District is committed to creating the most enriching academic environment for all students, which includes a reduction in class-size”. When doing so, they took note of a 2008 policy brief by the National Education Association (NEA), that noted the following “Benefits of Small Class Size:

So why is this the issue on which they have chosen to fight the union? Could it have anything to do with the charter industry and the millions they have spent on school board elections?

During the 2013 meeting, Board Member Steve Zimmer noted that “on the front page of every [charter school] website is class size.” Yet, the two Board Members supported by the charter industry, Tamar Galatzan, and Monica Garcia, were the only two votes against a resolution that sought to give that same benefit to public school students. Galatzan went as far as to say that “the schools and the parents and the principals” in her district were not saying that class size reduction was the most important issue. In the current iteration of the School Board, it is charter-funded Board Member Nick Melvoin who has taken the lead on attacking teachers and their demands. It seems that he believes that public school students do not deserve the same advantages as students in charter schools. 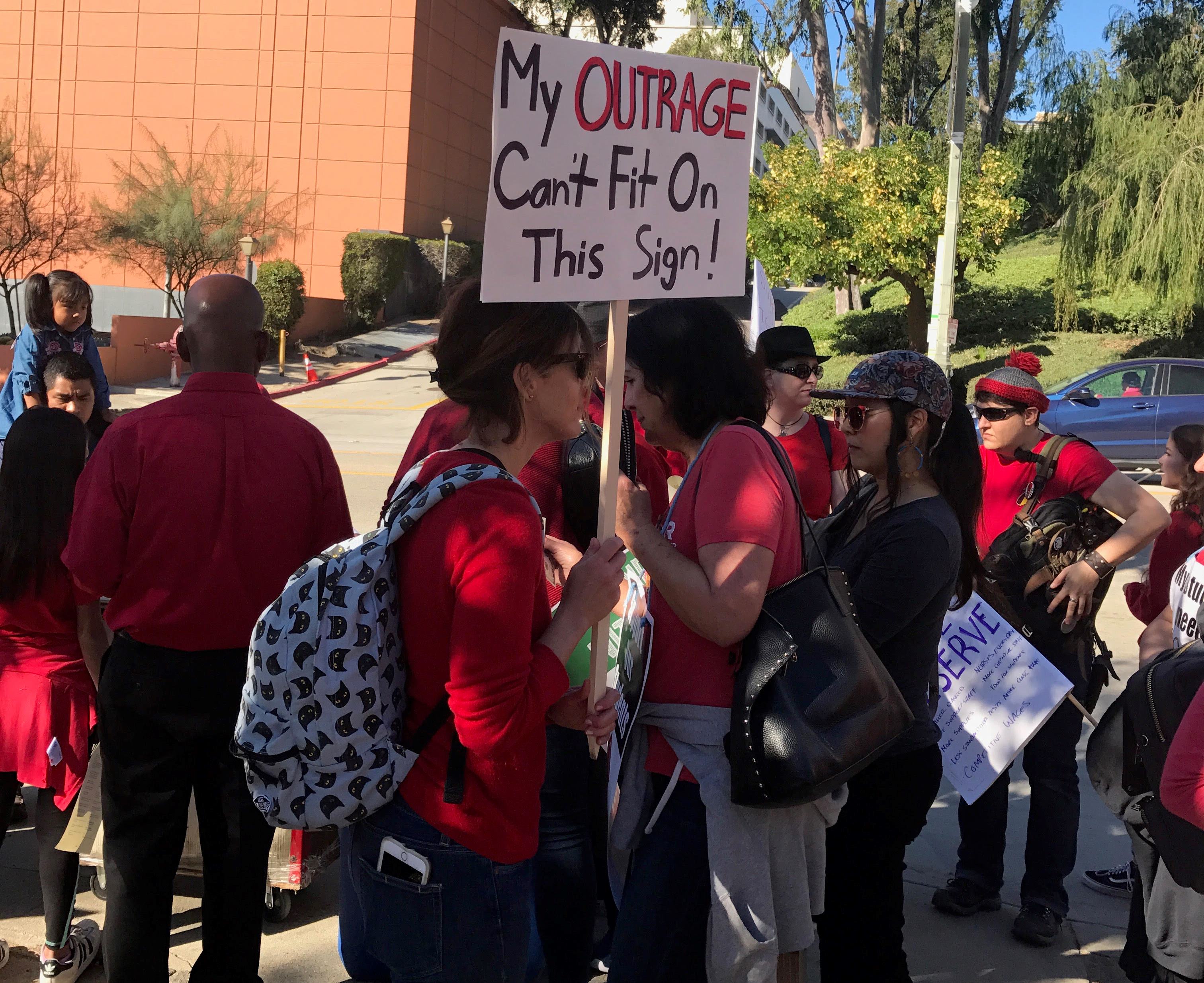 Next June will be the tenth anniversary of the end of the Great Recession. Board Member Vladovic said in the 2013 meeting that it was time to talk about “how we can we restore programs for kids.” The Board took a step at that meeting but never followed through. The teachers have given them a chance to actually take action and create a better school district for the students that they are supposed to represent. If not now, when?