While the Los Angeles Unified School District (LAUSD) likes to pretend that all students will graduate high school and advance to college, this is an impossible goal for students with severe special education needs. Fortunately, under California law, school districts must continue serving these students until they reach the age of 22 so that they are given the opportunity to reach their full potential. One of the options for young adults who have finished the high school alternative curriculum is the Career and Transition Centers (CTC) that are located throughout the District.

Joaquin Miller Career and Transition Center CTC in Reseda offers students (who they refer to as “interns”) both classroom and on-the-job training in jobs such as auto detailing, landscaping and retail. The culinary arts program supplies customers with baked goods that were prepared by the students on campus. Private companies also work with the school to provide actual work experience. Since their main focus is to have their students achieve as much independence as possible, Miller also offers classes that focus on living and social skills. 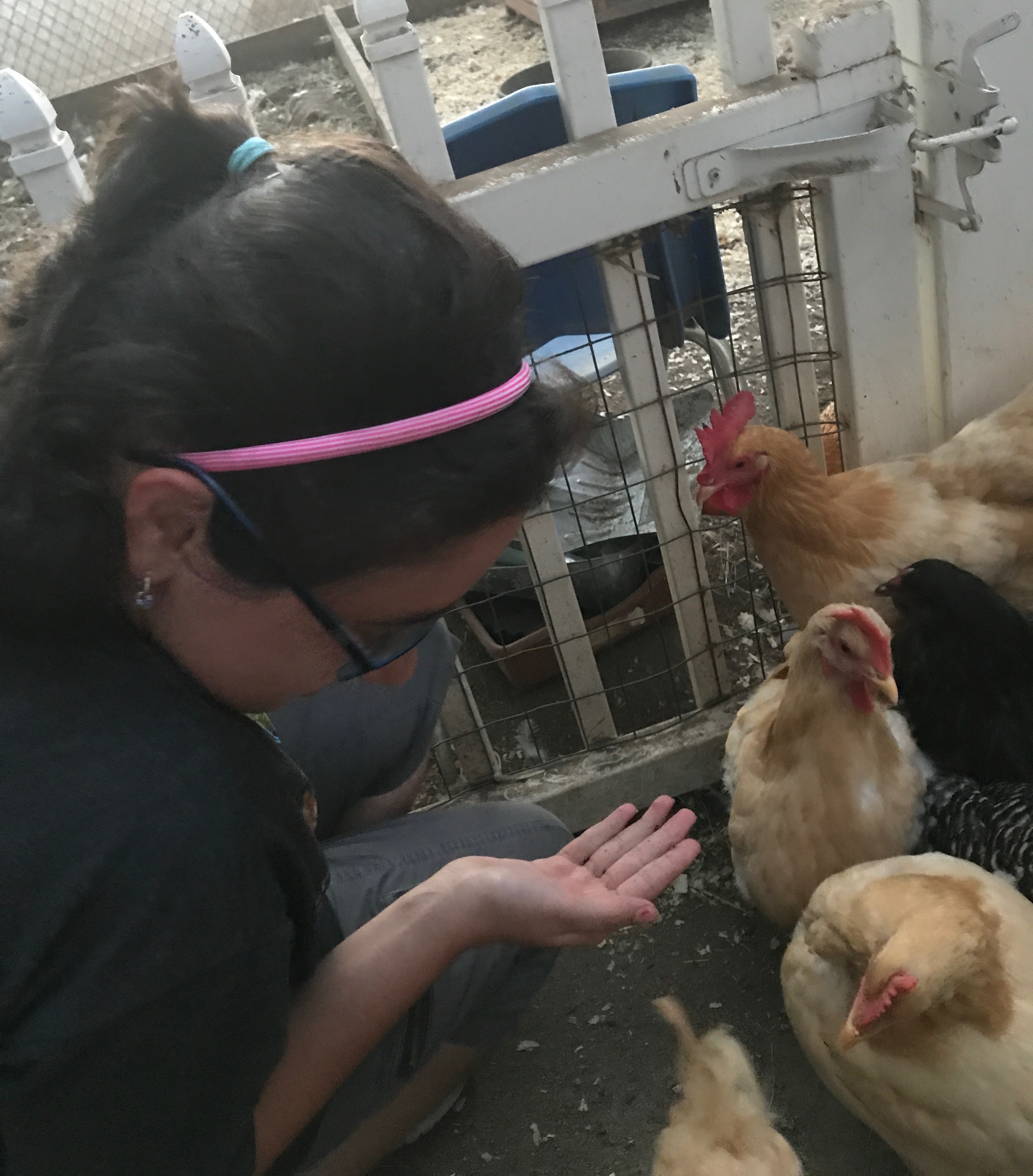 My daughter is about to complete her first year as an intern at Miller. As part of the farming program, she has tended to the school’s vegetable gardens and traveled off-site to work with animals like pigs, chickens, and horses.  She often comes off the school bus dirty and exhausted, which are good signs that she spent her day hard at work. Not only has she learned skills specific to this program, but overall she is achieving at a higher level. For example, her limited vocabulary has increased and she has taken on chores at home with success. As parents, our hopes for her future capabilities have been greatly expanded.

Unfortunately, these successes cannot be tracked as data points on a graph. There is not a standardized test that can measure the progress our daughter and her classmates have made. Accomplishments that would have gone unnoticed to the parents of children with typical development can be major milestones for our children. Sometimes we have the ultimate surprise of seeing the achievement of a goal long since abandoned.

Without being able to quantify their results to the bureaucrats in Sacramento, Miller has found itself alongside two special education centers on the list of 110 underperforming schools operating within the boundaries of the LAUSD. According to a District spokesman, “these are the schools that are really struggling in the California School Dashboard’s indicators.” However, the problem does not lie with the schools at all. Instead, their inclusion on the list is symbolic of the way the state and the District struggle to evaluate the education of students with special education needs.

In the case of Miller, it appears that their inclusion on the list is the result of a series of bureaucratic snafus. Since these students were not on an academic track, they did not meet the qualifications for graduation. However, based on their IEPs, they should have received a certificate of completion and been marked in the system accordingly. Unfortunately, some high schools did not mark their culminating students correctly, which led the system to believe that they had failed to graduate in four years. Since the District’s system treats the students as perpetually in the 12th grade until they age out, Miller received demerits for having a poor graduation rate.

While the District should be held accountable for the flaws in its computer system, the state needs to explain why a school like Miller would even be ranked on this data point. Students enter this program after they have completed high school programs. Therefore, the school has no control over what happened to them in their high school years. However, the current system includes this as part of the way that they are judged.

This specific problem is not limited to schools with special education programs as 12 continuation high schools are also included on the list of underperforming schools. These schools “are small campuses with low student-to-teacher ratios offering instruction to students between the ages of 16 and 18 who are deemed as [at] risk of not completing their education.” Given that the population of continuation schools is comprised entirely of students who are on a path that does not lead to graduation without intervention, it should be expected that these schools will not have the same results as schools from which this population has been removed. Still, the state ranks them against these others schools using the same exact criteria. Once again, are these schools failing their students or is the state failing to measure progress correctly?

Children are not faceless data points, they are individuals with unique needs. Nevertheless, LAUSD Board Member Nick Melvoin and other education “reformers” have built a movement based on standardized tests and categorizing schools using unyielding criteria. Labeling a school like Miller a “failure” shows the shortsightedness of these methods. It will not stop the “reformers” from continuing their efforts, even if it hurts students enrolled in schools that have successes that cannot be measured.