Parents Left In The Dark About Charter Schools

“I think it is important that parents know what is going on.”

Under the current rules of the LAUSD, “a charter school [is] required to notify all parents, guardians and teachers in writing within 72 hours when the District issues a Notice of Violations...and that the notification include the District’s rationale for the action”. However, no such notification was made after a Notice of Violation was issued to Granada Hills Charter High School on March 3, 2017, detailing unapproved alterations to the District-owned campus that “were a risk to the health and safety of [the school’s] students, staff, and other individuals.”  The Charter School Division staff did request “that they share that information with families because it was significant”, but the school’s administration refused to do so. To date parents and guardians have not been notified of the dangers existing in their children’s school and no formal action has been taken against Granada for breaking this rule.

In his testimony before the LAUSD’s Board during the discussion of the proposed “Holding GHCHS Accountable to Their Charter” resolution, José Cole-Gutiérrez attempted to make a differentiation between Notices of Violation issued by the School Board and those issued by staff. However, the “Keeping Parents Informed: Charter Transparency” resolution that was passed by Board on January 12, 2016, simply references an event where “the District issues a Notice of Violations” and makes no mention of whom that notice must come from. To limit this requirement would make little sense in a  resolution meant to codify the Board’s belief that the “LAUSD expects every District-authorized charter school to be transparent with its stakeholders”.

During the exchange, LAUSD Board Member Scott Schmerelson correctly pointed out that the District does not currently require charters to notify parents when a Notice to Cure is issued to a school instead of a Notice of Violation. Without this transparency, parents in charters like The Accelerated Schools have no idea that the schools to which they entrust their children were issued multiple notices during the course of one year. The conditions that this charter was asked to correct included:

While the California Charter School Association (CCSA) continues to push for the expansion of their publicly funded private schools under the guise of parental choice, they have simultaneously worked to ensure that their operations are kept from the prying eyes of the taxpayers. However, without having access to information like notices to cure or violations, parents cannot make educated choices. Keeping parents isolated allows charters to maintain the illusion that no complaints against their operations have been filed.  It is an environment that is ripe for disaster and allows corruption and waste to flourish.

The proposed Holding GHCHS Accountable to Their Charter resolution takes a small step towards ensuring accountability for charters in the area of enrollment. However, at least one Board Member needs to present it to the Board in order for it to proceed. You can encourage them to do this by signing the petition on Change.Org and calling their offices: 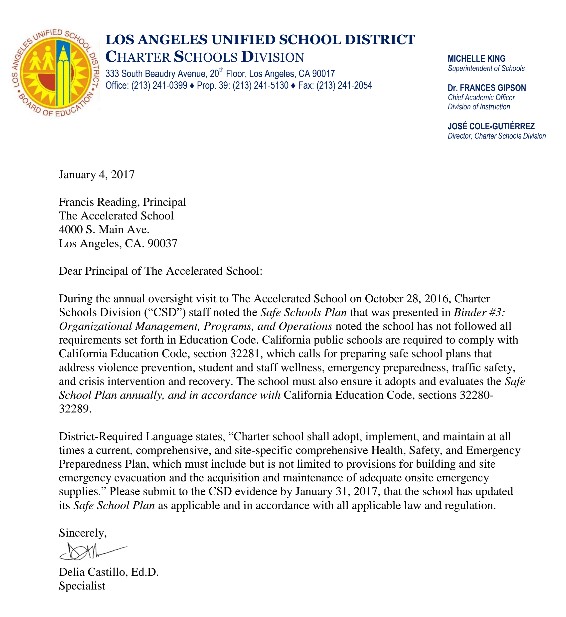 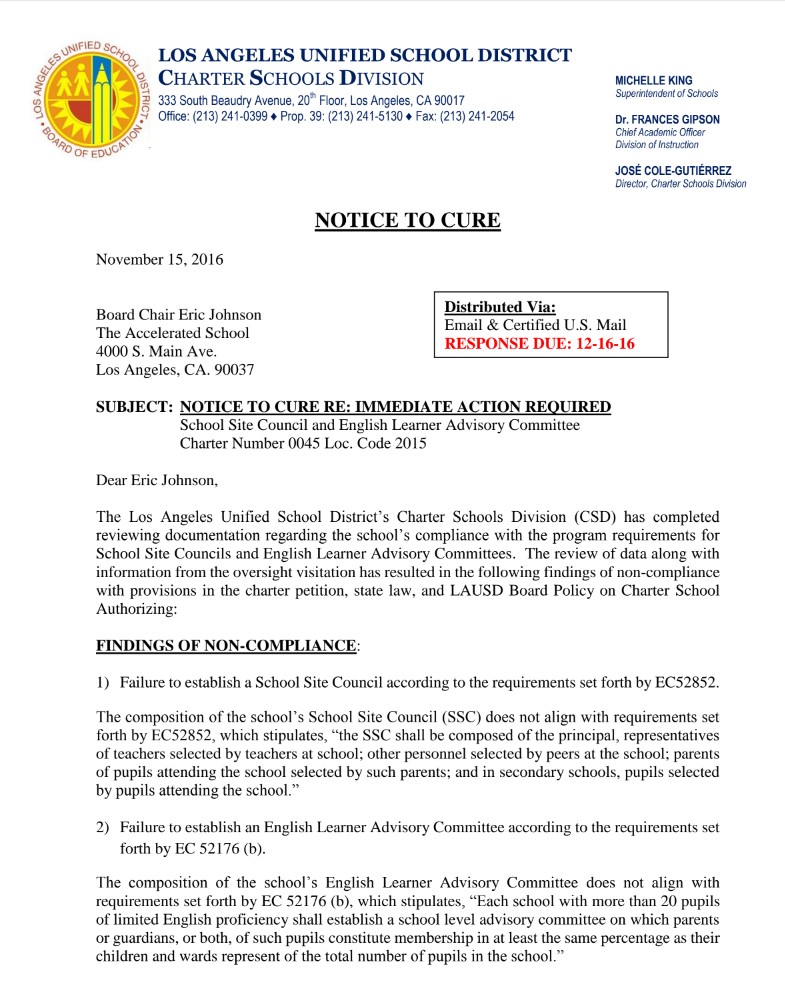 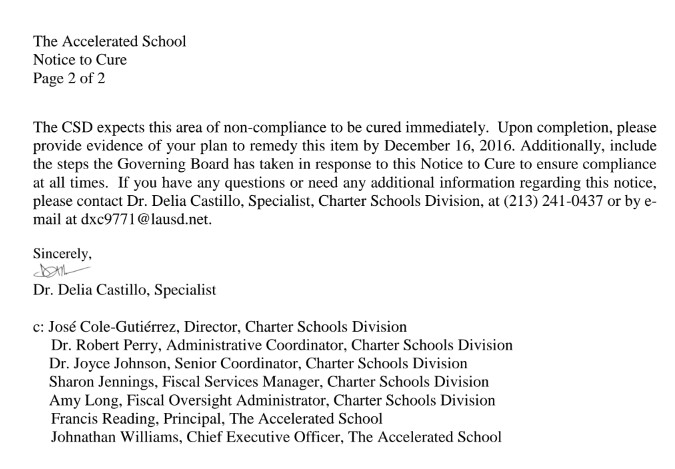 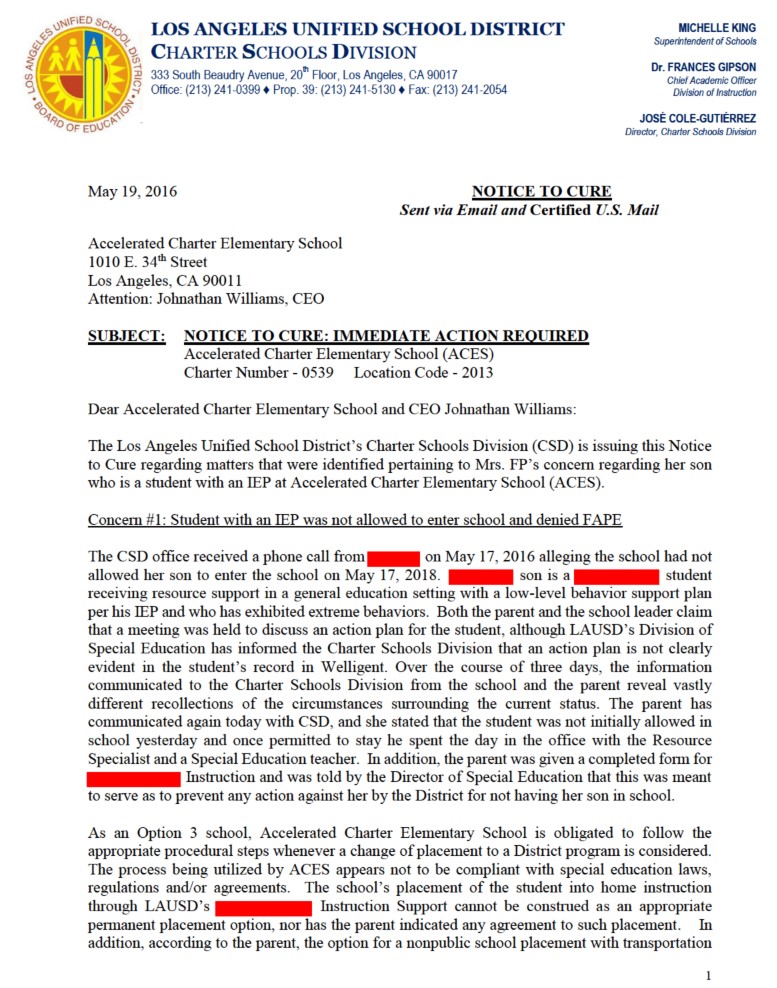 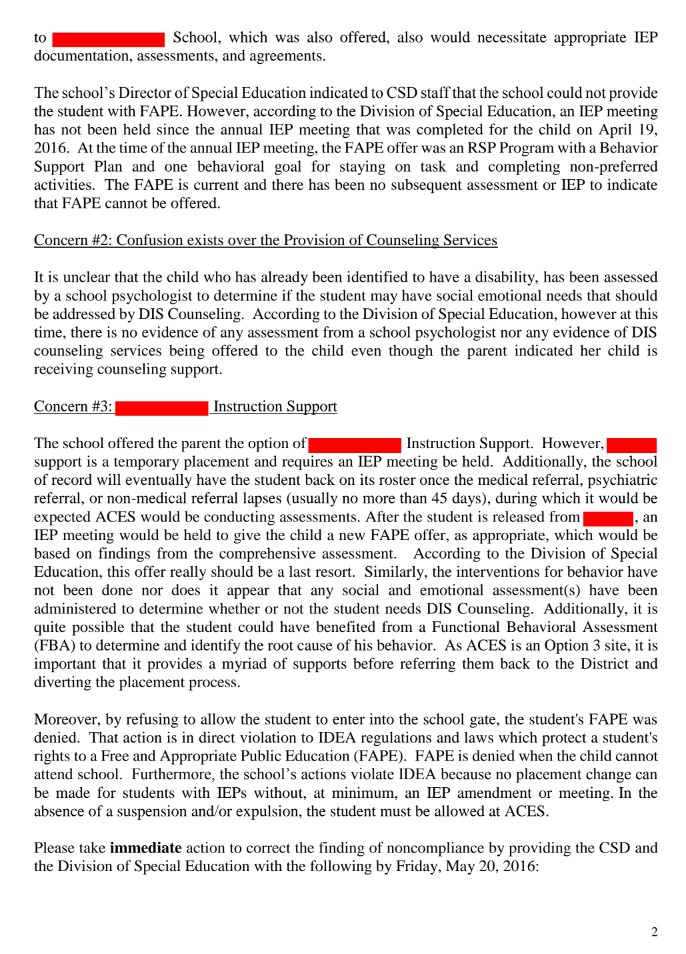 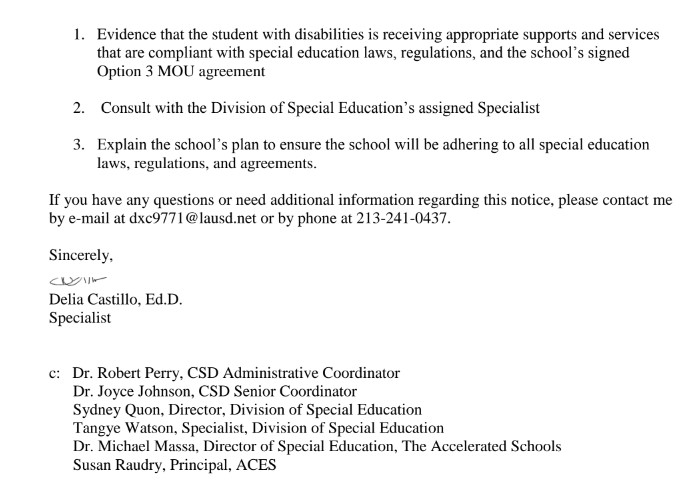 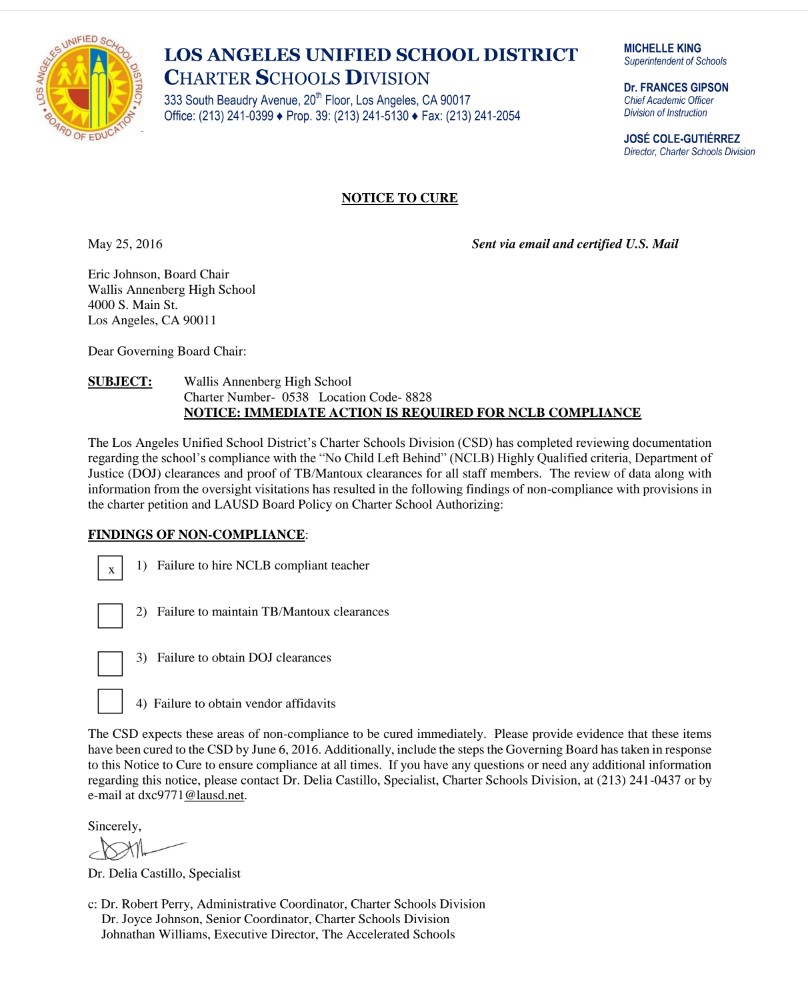 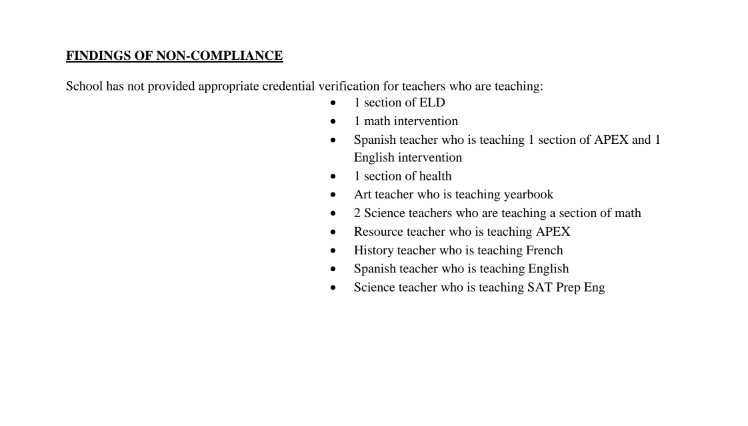 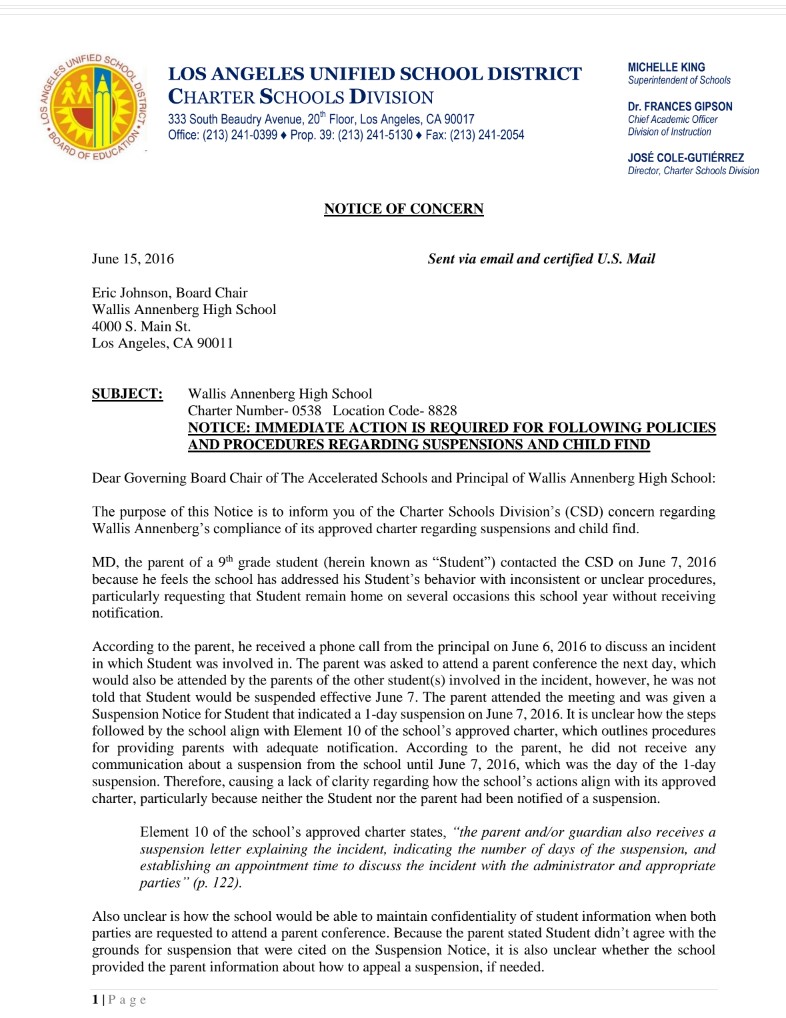 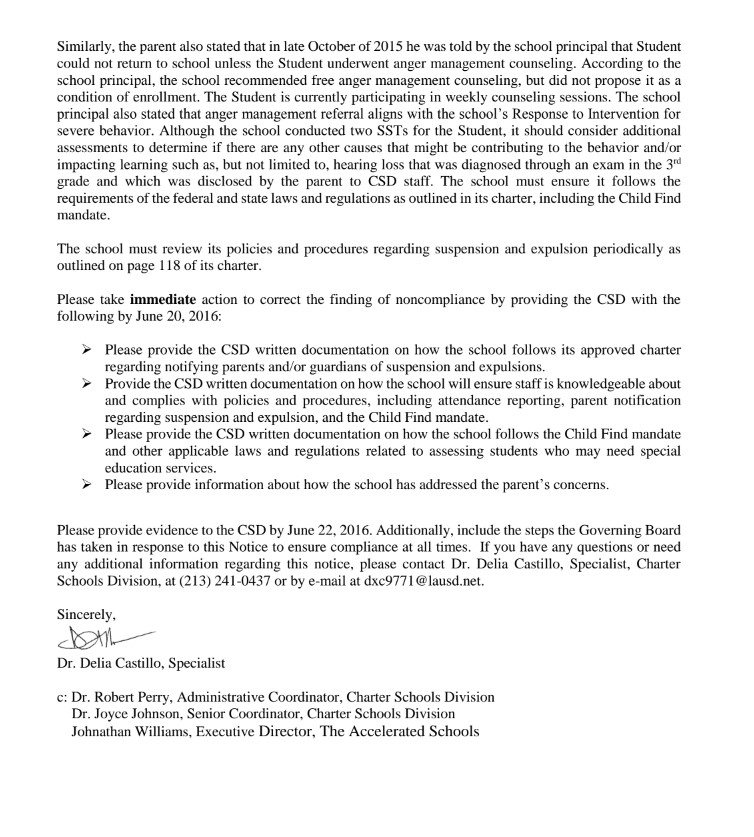 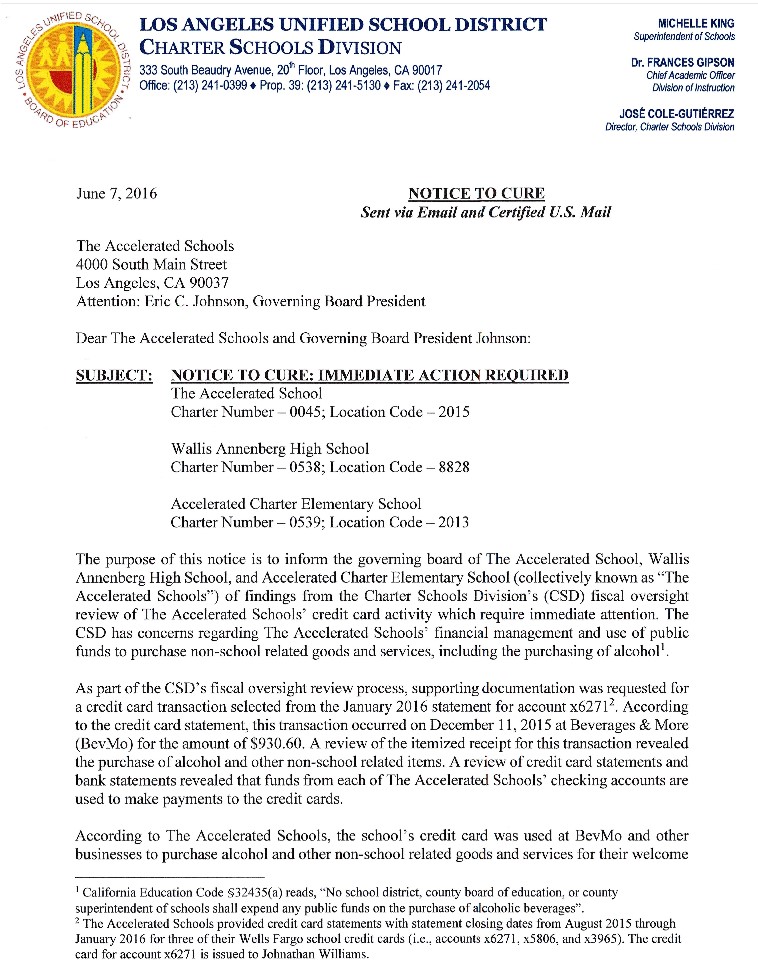 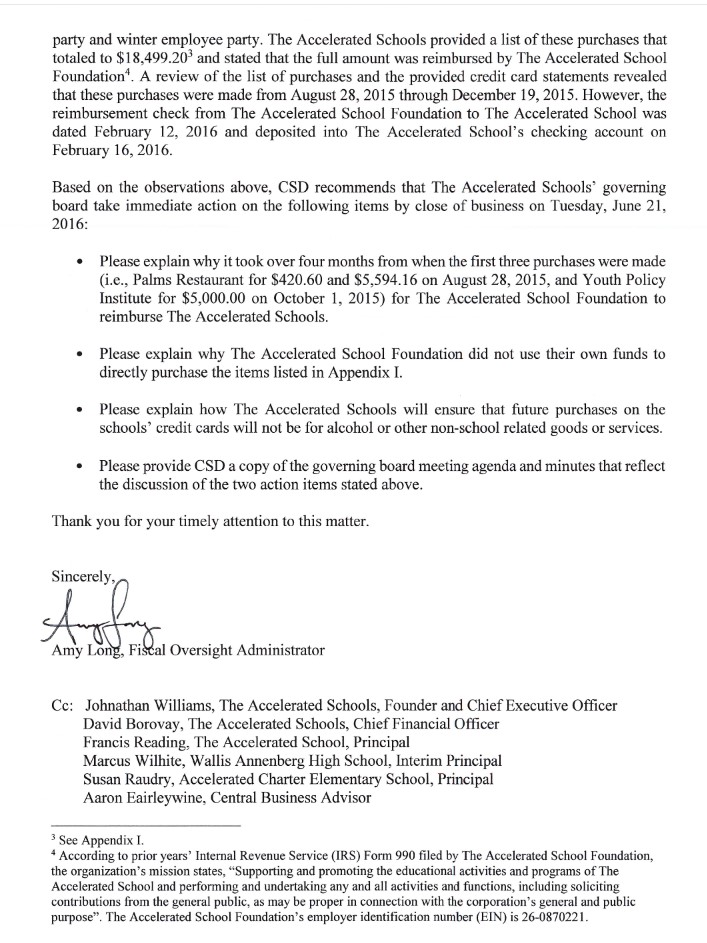 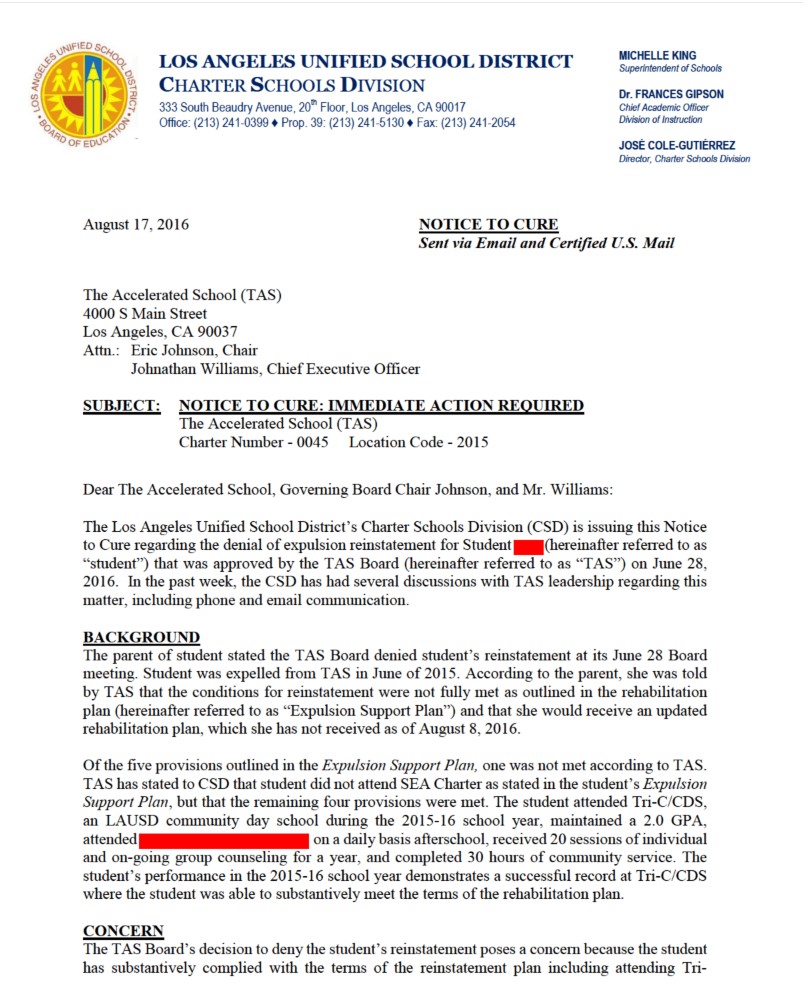 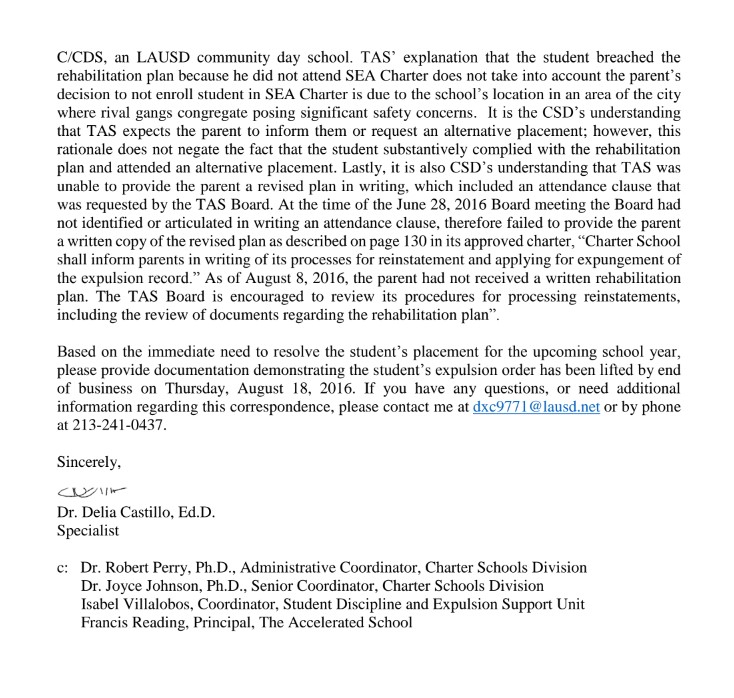 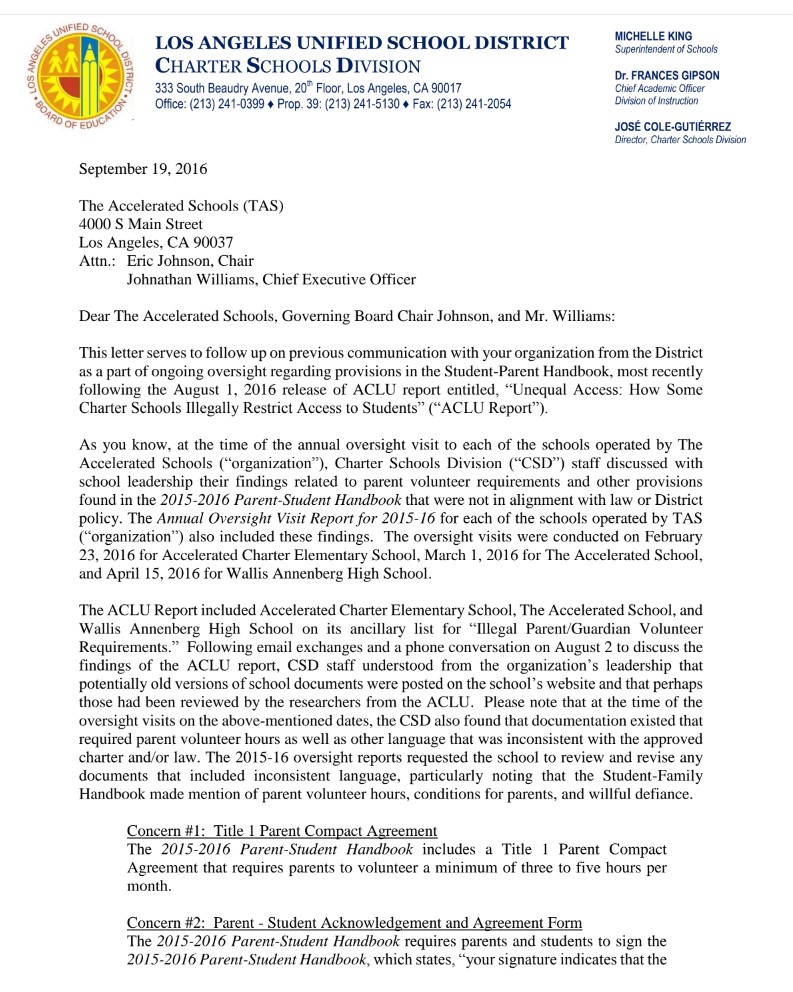 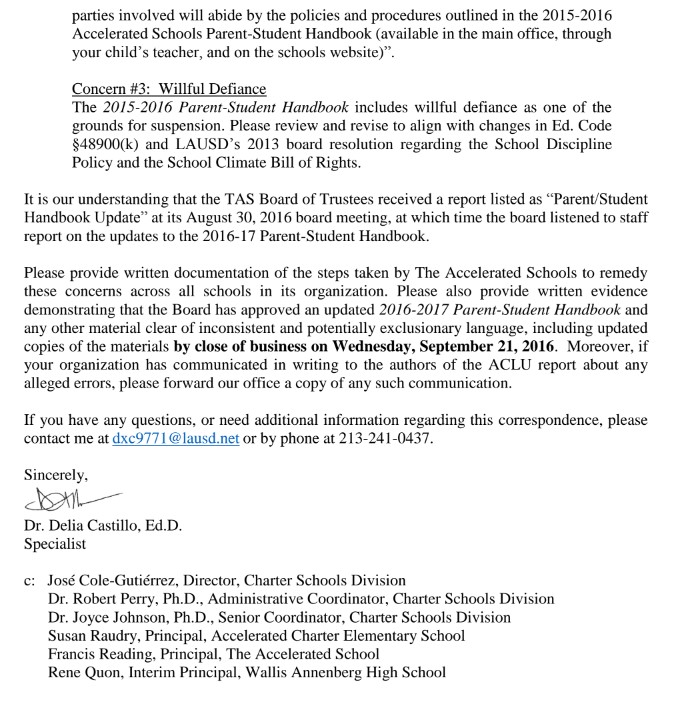