Proposed LAUSD Board Resolution Would Give Board District 5 Representation

"The constituents of Board District 5 endured a tainted election in 2015 and have suffered the absence of a legitimate office holder since July 1, 2015, and therefore immediately deserve a respected and experienced voice and representation on the Governing Board of the Los Angeles Unified School District" 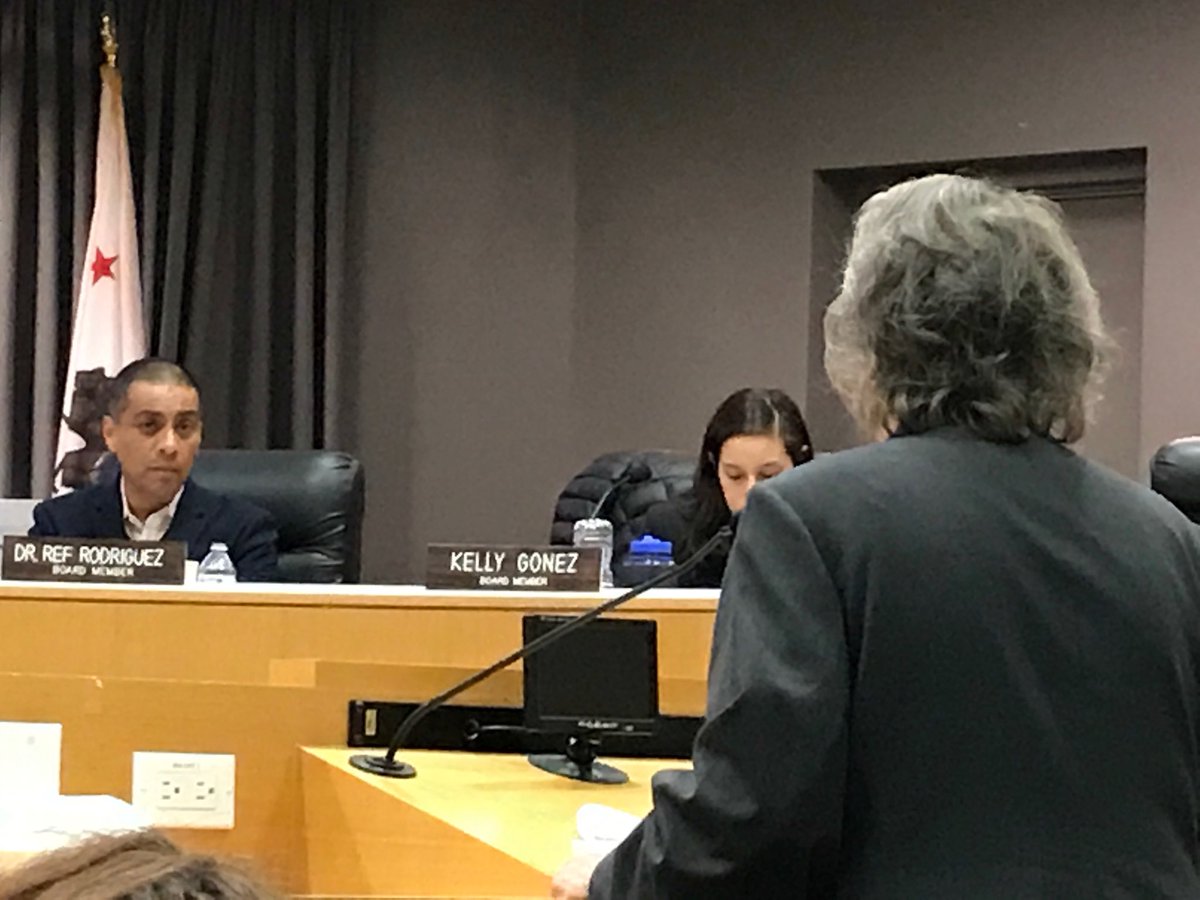 Ref Rodriguez resigned in disgrace from his LAUSD Board seat on July 23, 2018. Despite the fact that this left the stakeholders of District 5 without any representation on the School Board, Board President Monica Garcia has not found any urgency in scheduling a special meeting of the School Board. To make matters worse, the issue has not even been included in the Board’s next meeting. Instead, she and Nick Melvoin have announced that they will wait until the regularly scheduled board meeting on August 21, 2018, to place “a Resolution that calls for a March 5, 2019, Special Election” on the agenda. Their announcement did not mention anything about a placeholder for the seat, but the fact that Garcia chose Melvoin to co-sponsor her resolution instead of reaching across the aisle seems to indicate that the issue will not rise above the Board’s usual divisions.

Board Member Scott Schmerelson has released a proposed resolution which addresses the issue of who should represent the District until a replacement to Rodriguez is democratically elected. Res-002-17/18 would appoint Jackie Goldberg to the seat, “performing all the responsibilities and functions permitted and prescribed by law, and that she continues to serve until a permanent, duly elected Board Member takes office.” Goldberg has previously represented the areas that are included in District 5 as LAUSD Board Member, City Council Member and Representative to the California State Assembly. While in the Assembly, she served as Chair of the Assembly Education Committee where “she reviewed literally hundreds of bills on virtually every aspect of preK-12 education in the State of California, oversaw K-12 and higher education budgets and learned the intricacies of state and federal education finance”. She has the experience needed so as to be immediately effective.

The pro-charter industry Los Angeles Times Editorial Board has pushed against appointing a temporary replacement using the argument that a “fill-in would have an unquestionable and unfair edge as the incumbent once an election was held.” As noted in the Resolution, Goldberg has stated that she “would not be a candidate” in any special election that is scheduled.  Therefore, her appointment will not skew the results by having achieved incumbent status undemocratically.

Given Goldberg’s status as a co-founding member of Transparency, Equity, and Accountability in Charter Schools (TEAch), the three Board Members who were elected with the support of the charter industry will likely oppose Schmerelson’s Resolution. If they do, they owe the stakeholders of District 5 the courtesy of proposing a candidate that has both the proven support of the constituents that they will serve and has experience comparable to what Goldberg will bring to the Board. They should also make the same pledge not to run in the Special Election. Both candidates should then be discussed in a public meeting that is held as quickly as possible.