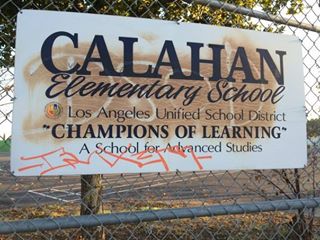 A review of the LAUSD’s website displays more examples of newspeak. For example, included in the District Goals are “100 percent attendance.” Not only is this unrealistic, it is dangerous. The fact is children get sick. Shaming them into going to school when they can spread illness increases the chances of an outbreak, especially when campuses have to share school nurses, reducing the amount of the time they have to check immunization records or monitor the student body. In the meantime, how many instructional hours have been lost due to test preparation and furlough days?

Former Superintendent John Deasy was particularly adept at the use of linguistic bait and switch. For example, he tried to silence critics of his $1.3 billion plan to “supply an iPad, at a cost of $768 apiece, to every student, teacher and campus administrator” using construction bond funds by framing the purchase as “a civil rights issue.” By allowing him to short-circuit debate, the Board approved a plan that did not consider cheaper alternatives like the Chromebook. Additionally, they were delivered without a working version of the software that was included in the price and could not be sent home with the students because the security software was insufficient. The FBI is also investigating the purchase.

The challenges facing our public education system cannot be solved with clever marketing terms. Instead, we need leadership that is willing to fight against wasteful spending so that the schools can have the funding that they need. We need Board members who will set realistic goals and hold the Superintendent accountable for meeting them. We need a district that recognizes that children need to master basic skills before moving on to advanced studies.