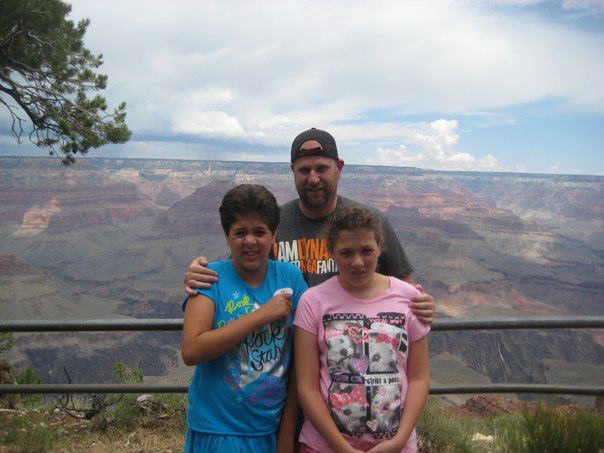 When you are a parent of a child with autism, you get used to being told what your child cannot do. I think people do this as a way to protect you. Your kid is different and the sooner you grow accustomed to this fact the less you will be disappointed when your child does not meet the same milestones of their peers.

When these lowered expectations are driven by professionals, we are more likely to take them to heart. As a society, we tend to give experts a lot of weight. We send self-help books to the top of the bestseller list. Some will avoid getting a second opinion for fear of offending our Doctor. If a teacher tells us that our child’s lack of progress is to be expected due to their diagnosis, we tend to trust their expert opinion.

This trust in the professional can be used against us. The classroom that my daughters attended when I first met them seemed good enough. They loved going to school and would run and hug their teacher and aides when I dropped them off. They were not meeting the goals set in their IEPs, but this was all right. You cannot expect progress when your child has autism.

Then one of the girls moved to another classroom and suddenly one day she was reading “The Cat In The Hat” to me. This new teacher was in the process of getting her degree in Special Education and was excited to be teaching her students. She would learn a new technique in her night class and eagerly implement it in her classroom. Autism was not my child’s problem, it was her challenge.

In true LAUSD fashion, this teacher’s position was eliminated the year after my daughters graduated elementary school and they moved her to a kindergarten classroom. The babysitting teacher retained her position.

Autism is referred to as a spectrum disorder. No two children with this diagnosis are going to present the exact same way. My two daughters are part of a set of triplets and they are both diagnosed with autism. They are completely different from each other. This lack of conformity makes predicting the future uncertain. An inability to achieve goals now does not mean that they will not be exceeded in the future.

I always make sure to keep in mind the story I once read about a girl diagnosed with autism. Since she had limited communication skills it was generally assumed that she was not retaining information from her surroundings. However, her parents continued to push and got her access to a specialized computer system in an attempt to give her another route to communication. Her first words using the system were “I like hockey.” Turns out the information around her had been received and she was intellectually able to join classmates her own age.

As I have written before, I came into my daughters’ lives blindly. I did not have the disadvantage of having to live through the heartache of their diagnosis and being told everything that they would not be able to do. I had the expectation that they could do everything that their sister could do, even if at a slower pace.

It was not long after I met my wife that one of the girls asked me for cake. When I told my wife of this request she reminded me that her daughter did not talk, but I had heard the word “cake.” Part of it was that I did not understand the other forms of communication the family had developed before me and she was forced to use something that I would react to. However, for me to listen I had to not have the expectation that she could not vocalize her wants.

It is sometimes equally important to remember that there are limitations that do exist. It does not hurt to push, but it does hurt to push too hard. Our same daughter tends to freak out in crowds. It is not uncommon for children with autism to have sensory problems and she can go into overload in certain situations. I will try to have her push through it at first by attempting to distract her or trying to make her feel more secure. However, if it does not work, I have to be prepared to move her to a place where she feels more secure.

Our daughters used to be enrolled in a state program where they were supposed to learn life skills that would make them as independent as possible as they become adults. However, when the budget cuts came, this program suddenly decided that my daughters were ready for graduation. I have higher expectations for them and know that the skills they have are not enough and that they can do better. This time we are not taking the experts’ word for it and we are going to trust our own instincts. The search is on to make sure that our girls have all the help they need to live their lives to the best of their abilities.