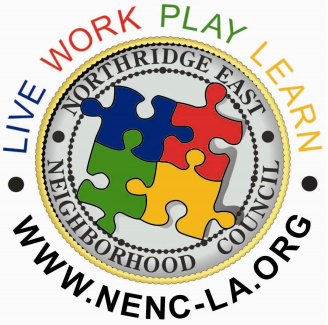 “We stand with our teachers’ union, United Teachers Los Angeles (UTLA), in calling for a real investment in our neighborhood public schools, so that all students have an equal opportunity.”

The Northridge East Neighborhood Council (NENC) is one of 99 Neighborhood Councils in the City of Los Angeles. These Councils “are advisory bodies who advocate for their communities” and are comprised of “City officials who are elected by the members of their local communities”. They are designed to be “the closest form of government to the people.”

On October 17, 2018, the NENC considered two resolutions proposed by the Education Committee. Both were passed with overwhelming support and have been forwarded to Los Angeles City Councilman David Ryu, Chair of the Health, Education, and Neighborhood Councils Committee.

The first resolution was a result of a presentation to the Education Committee by Rudy Gonzalves, the Director of Los Angeles Alliance for a New Economy (LAANE). As part of the Reclaim Our Schools LA coalition, LAANE helped develop the education platform “Reclaim Our Schools LA’s Give Kids A Chance that promotes the need for investing in teachers, community schools, parents, and most importantly our students within the Los Angeles Unified School District (LAUSD).” This platform includes the following demands:

With this vote, the NENC stands in support of this platform.

The second motion passed by the Council calls on the Los Angeles City Council “to urge the LAUSD School Board to pass the ‘Board Meeting Accessibility to the Public’ resolution that has been submitted to them for consideration.” This resolution calls on the LAUSD to remove obstacles to public participation in their meetings including:

With the LAUSD’s declining enrollment, it must make itself more competitive if it is to survive. While it cannot do anything about demographic changes, it can stop the growth of charter schools. However, to do so it must counteract the image of being a bloated bureaucracy that treats children like widgets. The changes recommended by these resolutions are student and parent-centered solutions that will make the District stronger. Hopefully, the elected representatives of the City and the School District are listening.