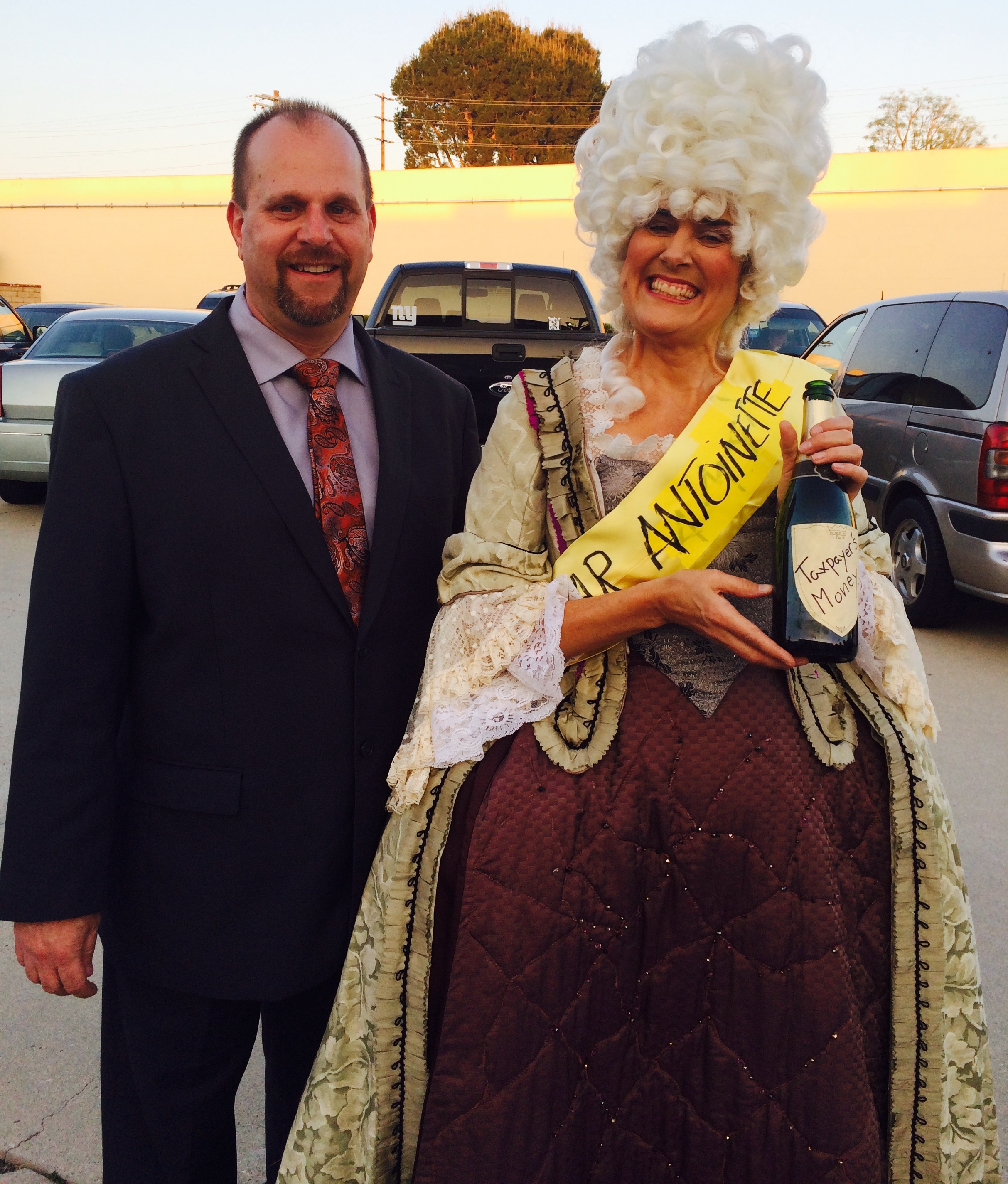 Last night five of the six candidates running for the District 3 seat on the LAUSD School Board took part in a candidate forum sponsored by the League of Women Voters. While Tamar Galatzan did make an appearance at the venue, it was only to shake a few hands with audience members. She never took her place on stage, leaving only an empty chair to explain why she should be re-elected to the seat.

While her opponents were meeting with the voters and discussing the education policies of the Los Angeles Unified School District, Ms. Galatzan fled to a Town Hall she had scheduled to compete with the candidate forum. She had used district resources to robo-call every parent in the district to invite them to her first public meeting of the school year. To conform to the letter, if not the spirit, of the law, this meeting was billed as an update on the budget process.

Despite this Town Hall being billed as a public meeting, the public’s participation was carefully orchestrated to present Ms. Galatzan in the best light possible. Even before the meeting, participants were told that handing out flyers was prohibited on school property. Unfortunately retreating to the sidewalk did not allow them to interact with the attendees of the town hall. The Board Member only accepted questions that were submitted in writing and screened by her staff. Questions went unanswered even as the audience was asked for more.

This is not the first time Ms. Galatzan has mixed her Board responsibilities with her re-election campaign. She has appeared at the Porter Ranch and Valley Village Neighborhood Councils as an invited guest despite the fact that these councils are supposed to treat candidates equally during the election cycle. Additionally, when the LA School Report asked about her “scheduling conflict” for the Candidate Forum, it was her Chief of Staff, Barbara Jones, who gave the response “we never got an official invitation that said this is the date of the forum.” (emphasis mine) As a district paid staffer, it should not have surprised Ms. Jones that she did not receive an invitation for a campaign event. These types of events should only be filtered through the campaign staff. If she is regularly involved in these types of events, then Ms. Galatzan’s office needs to investigated by the District. Public funds should be used in the classroom, not to influence elections.