The Charter Industry Proves Again That They Are Not Public Schools

“Money comes based upon some hypothetical projection of how many special needs kids you might have in the school...if they give you more than you need, you don’t have to give the money back.”

As the LAUSD School Board continues to ignore the fact that Granada Hills Charter High School is actively discouraging the enrollment of children with special education needs, District staff has taken note of the effect of these actions on surrounding neighborhood schools. In the “Single Plan for Student Achievement” for Northridge Academy Senior High, the school notes that “a larger percentage of the students from the Granada Hills Charter High School area are students with special needs and have active IEP’s as compared to the students coming from the other high schools.” Even worse, Kennedy is not the most heavily impacted school as 19.9% of the students at Valley Academy of Arts and Science have special education needs. With a student population that is less than half of Granada’s, John F. Kennedy High School has more students with special education needs than its larger neighbor.

While the LAUSD’s Charter School Division maintains that “the GHCHS demographics gaps by themselves cannot fairly be considered affirmative evidence of discrimination”, current state law requires that charter schools “achieve a racial and ethnic balance among its pupils that is reflective of the general population residing within the territorial jurisdiction of the school district to which the charter petition is submitted.” California State Senator Jim Beall has introduced legislation that would add the words “and a balance of pupils receiving special education services” to this section of the education code. SB-1362 would also permit “a charter school petition based on the negative fiscal impact the proposed school would have on neighborhood public schools if the district has consistently declined in enrollment or has already approved similar charter school programs to the petition that are not at capacity.” 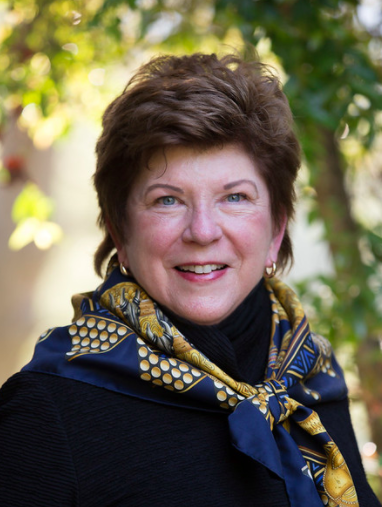 Among the supporters of SB-1362 is gubernatorial candidate Delaine Eastin. She states that the law that created charters 25 years ago “had little accountability and is in part responsible for the problems we have today.” These problems include the fact that “some charters cherry pick high achievers and do not accept special needs students, while others find excuses to expel or turn away low achieving children.” It is Eastin’s opinion that “SB 1362 takes important steps to correct a number of egregious mistakes that the original legislation made” and as governor would sign the bill if it made it to her desk. This would represent an improvement over our current governor who has vetoed bills that would have brought improved accountability to the charter industry.

Predictably, the California Charter Schools Association (CCSA) opposes SB-1362, complaining that, unlike in Los Angeles, Senator Beall failed to include charter families in the discussion so that they could tell him how to write his legislation “so that it actually meets its stated objectives.” They also maintain that if passed, SB-1362 will create “a perverse incentive for over-identification of students with disabilities” as if identifying a student as needing special services somehow hurts that student. They also do not explain how identifying more students would unfairly benefit public school districts. Since there is a cost to providing these services, it certainly benefits charters to avoid identifying students who have an actual needs.

As usual, the CCSA bases its arguments on “facts” that are not borne out by reality. While they would like to focus the public's attention on “high performing” charters, test results in 2015, demonstrated that “independent charter schools in the district scored almost even with traditional and affiliated charters”. Meanwhile, the charters have the ability to skew these results with their ability to cherry-pick students. As an example, LAUSD Board Member Ref Rodriguez noted that Granada “is not a magnet, and is not a gifted magnet” but “in 2012 they had the same amount of GATE (Gifted and Talented) kids in terms of percentage as the Center for Enriched Studies in Sherman Oaks, which is a magnet school.”

In opposing this legislation, the CCSA also makes the unsubstantiated claim that charters are serving “increased numbers and a broader range of students with disabilities”. However, Granada provides one example of how district schools are still shouldering the brunt of the responsibilities for providing these services. Additionally, in the LAUSD “District schools have a higher number of students with moderate to severe disabilities.”

Most tellingly, the CCSA argues against a bill that they describe as “premised on removing barriers to a high-quality public education for all students, with an emphasis on students with disabilities” (emphasis mine) by stating that “charter public school families shouldn't be expected to prop up a failing school system and jeopardize the education of their children.” However, a truly public education system gives equal access to all students, including those with special education needs. Forcing charters to end the practice of cherry-picking the easiest (and, therefore, cheapest) to educate students does not prop up public school systems, it ensures that all schools are competing on an equal footing. That the CCSA continues to fight any effort to make their schools accountable shows that they are not public schools, as they claim, but private schools receiving public funding.