"Appointing a non-Latino candidate like Goldberg to the seat, even temporarily, ‘is definitely not in the spirit of the law. It would seem contrary to what LAUSD’s own commission did’ when it drew the district."

Speak Up is a pro-charter group that was formed in the Palisades on the west side to support Nick Melvoin’s candidacy for the LAUSD Board but was disguised as a way that “parents could join together and push for education that puts kids first.” However, the conduct of Speak Up members prior to and during Tuesday’s Board meeting was meant to cause division in a way that should never be tolerated in front of our children. In a missive released on August 20, they opposed the resolution by “Valley Republican Scott Schmerelson” (Schmerelson is not registered as a Republican) who sought to appoint former Board member Jackie Goldberg to the vacant Board District 5 seat until a special election could be held. Given Goldberg’s extensive record which would enable her to be an effective Board Member on day one, they lied to say that “she opposes school choice” when, in fact, she co-founded an organization that simply calls for “transparency, equity, and accountability” in these publicly funded schools. They then quoted a member of LAUSD’s redistricting commission to make the case that Board District 5 was a “majority-Latino seat” and that Goldberg was, therefore, unqualified because of her ethnicity.

During the Board meeting, Speak Up parents were equally as offensive as they tried to make a case that, as a resident of Silver Lake (she is actually a long-time resident of Echo-Park), Goldberg would not understand the needs of the cities in the southeast. They did not offer an opinion as to whether a Board Member who lived in those cities would have the ability to represent children from Silver Lake or Echo Park. One by one they were paraded in front of the microphone at a public meeting to speak on a properly noticed agenda item to complain that the public had not been given input into the process. Only one bothered to give the name of someone that they would have like to have been appointed instead. They also attacked Schmerelson for introducing the resolution when he is not from District 5, ignoring the fact that the seat is vacant and therefore, they did not have a Board member who could introduce the resolution on their behalf. Schmerelson had introduced the resolution so that they would have representation. 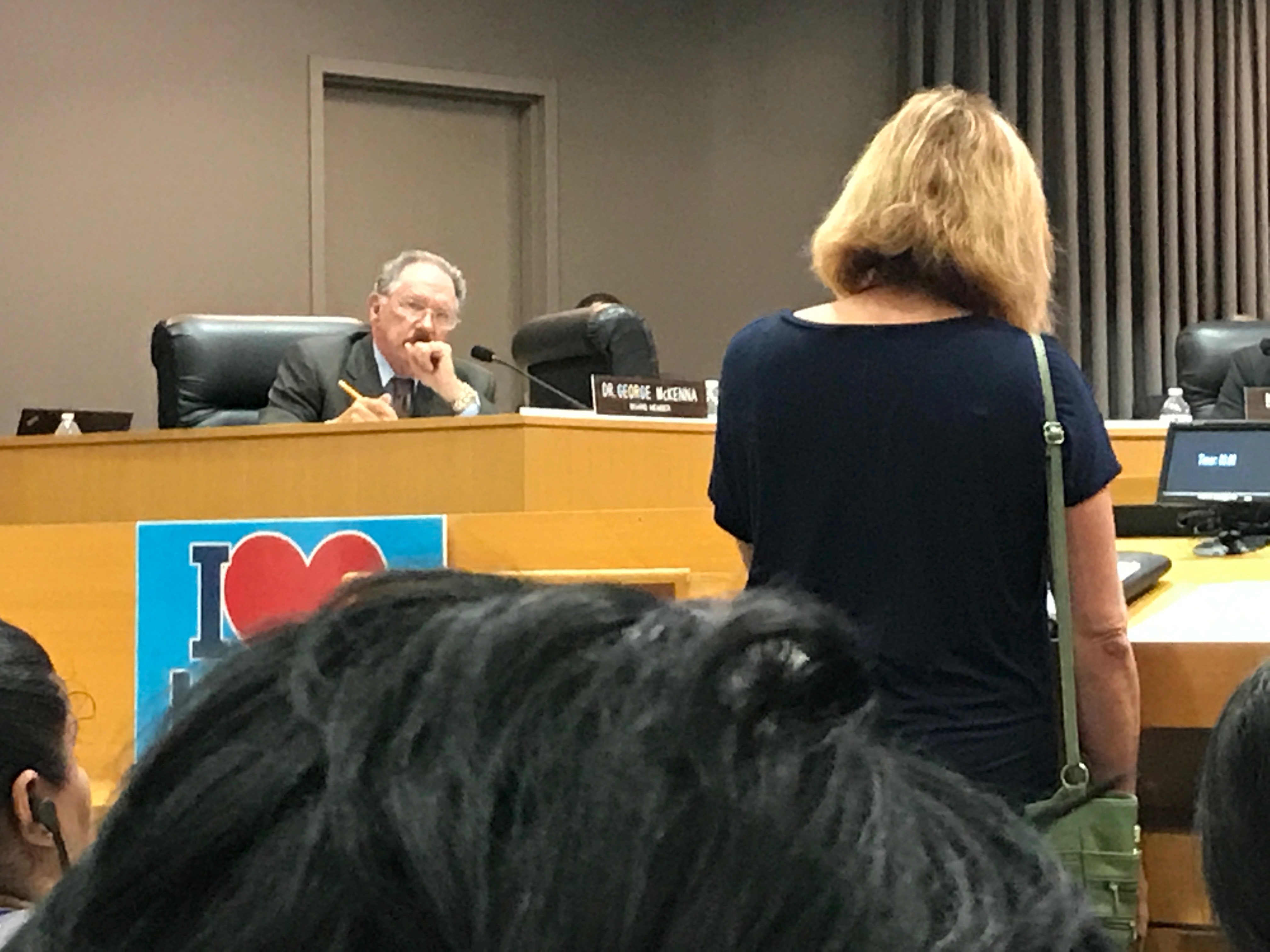 This is not the first time that the charter industry has used politics of ethnic and racial division. In an exchange on Twitter last May, LACOE Board Member Alex Johnson accused me of being “against high-quality education for black and brown students” because I expressed opposition to the privatization of education. During the last election in Board District 5, Ref Rodriguez’ supporters mailed flyers stating that incumbent “Bennett Kayser tried to stop Latino children from attending schools in white neighborhoods.” This drew a strong rebuke from Board Member George McKenna, who called the ad “misleading and racially inflammatory in nature.” An editorial published in the Los Angeles Times noted that “scurrilously implying racism in a candidate who hasn't given the slightest indication of such a thing, dragged the campaign down into the muck almost before it had gotten seriously under way.”

When confronted about the Kayser ad, the charter group that mailed it hid behind the point “that the mailer never actually said Kayser was a racist.”  Instead, they just suggested it. On Tuesday, Speak Up eliminated all pretense by directly stating that “no matter what the records show, a white Board Member who lives in Echo Park will not represent Latino students.”

As expected, the charter industry got their way and the resolution to appoint Goldberg was defeated on a 2:4 vote. With the Board evenly split and Board Member Richard Vladovic standing by his conviction that it would be undemocratic to appoint anyone to the seat, it appears that the stakeholders of District 5 will be unrepresented until a special election can be held. The Board has requested that the Los Angeles City Council schedule the primary election in March 2019. The likely runoff would then be held in May with the results finalized in June, just in time for the Board’s summer break. If you are a stakeholder of Board District 5, you will regain your voice in District decisions in about a year. Don’t worry nothing important should be happening between now and then.