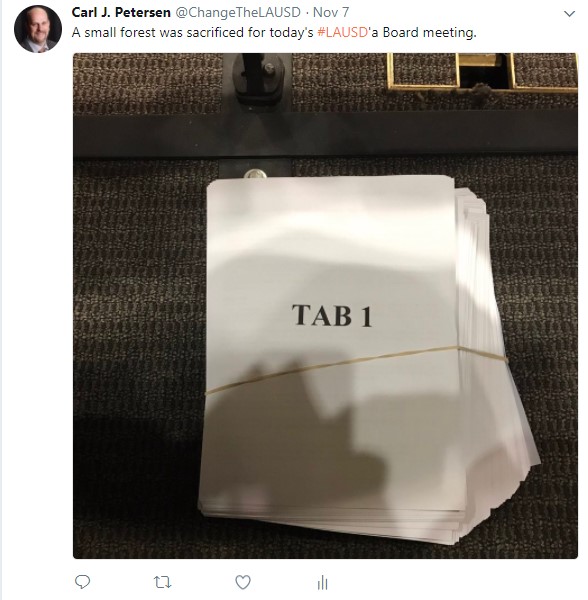 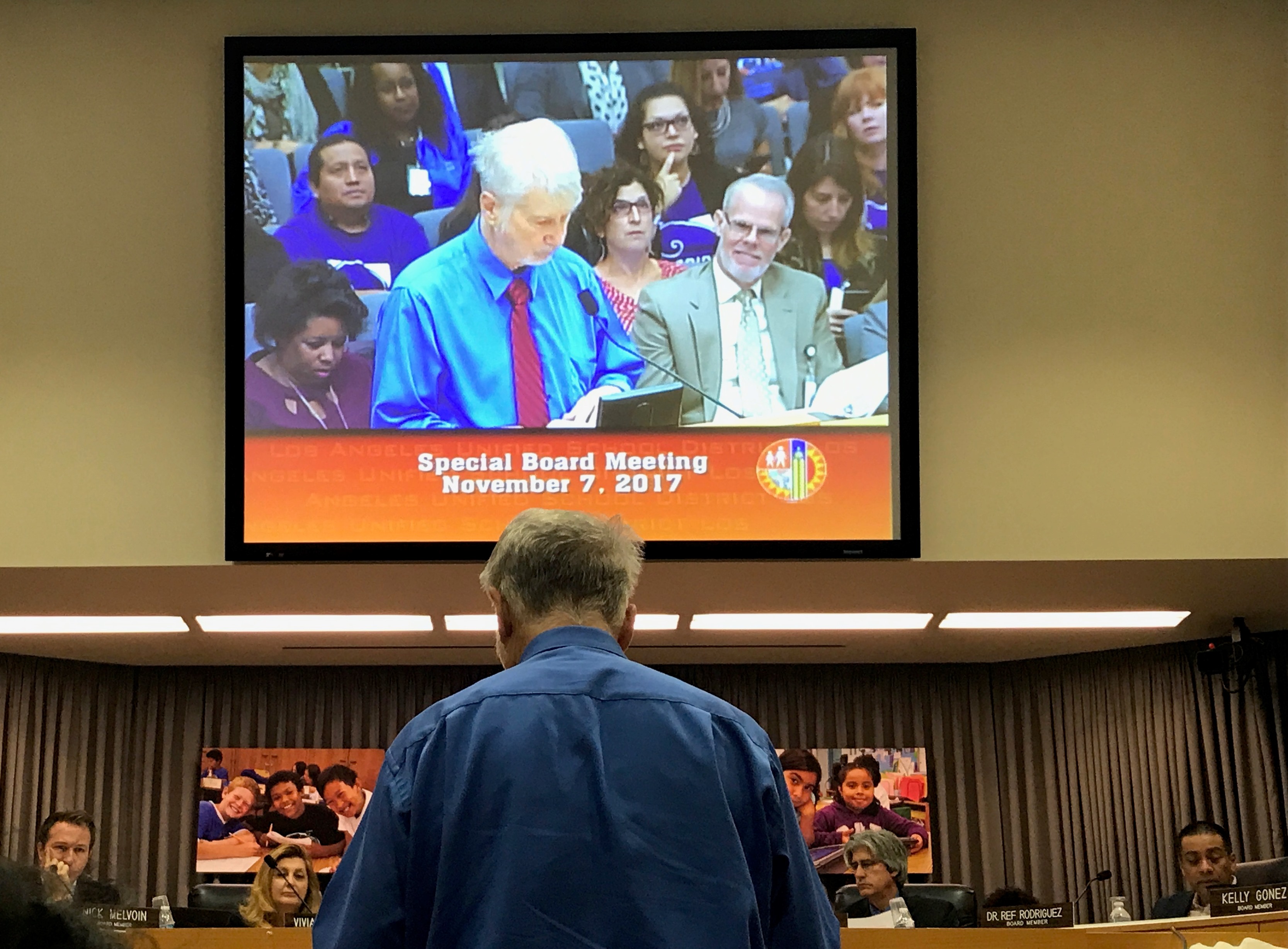 While a backroom deal avoided a showdown, the meeting was not free from fireworks. Bennett Kayser, Rodriguez’ opponent in his disputed election, began his turn at the podium by saying “good morning honorable Board members and hello Mr. Rodriguez”, highlighting the former Board president’s ethical challenges. George McKenna and Scott Schmerelson, who are not part of the Broad Block that controls the Board, complained about not being consulted during negotiations with the CCSA and being ignored by the majority paid for by the charter industry. Nick Melvoin had a visible smirk on his face as McKenna spoke and then this newly installed charter Board Member suggested that the Superintendent schedule a forum so that the CCSA and the District could write the rules that charters are supposed to follow. 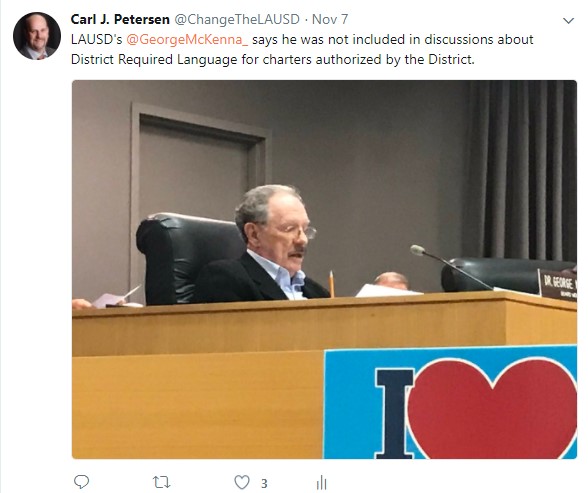 Lost in the theatrics of the meeting was the fact that serious issues raised by the Charter School Division were being ignored. My three minutes of public comment focused on Alliance Alice M. Baxter College-Ready High:

At the beginning of the meeting, Ms. Garcia listed the District’s values and included in these was “accountability”. This is ironic because under the original recommendation for denial the Charter School Division’s (CSD) report says that “the school has not demonstrated success in student achievement and growth for all students.” As Dr. Vladovic pointed out, they have not reclassified an English Learner in two years. No rating is listed for student achievement in the annual oversight report.

Additionally, the CSD’s report lists an “unrealistic financial and operational plan” and states specifically that the “fiscal condition is weak”. As late as May 3, there was a Notice of Concern issued about financial conditions of this school.

None of this is changed by making changes to the District Required Language. Therefore, it is a little confusing why this school is now being recommended for approval. Those other two concerns did not change.

To address the District Required Language, not a lot has been said about what was actually changed. It was done behind closed doors without any public input. More concerning now is that it appears that certain Board Members had input while other ones did not.

I want to know how many Board members were participating in those conversations. If there was a serial conversation going on between a majority of the Board, even by email, that would be a violation of the Brown Act.

These required rules should be discussed publicly. The public deserves to know what you are changing. Nothing has been said about Special Education other than the charters have agreed to comply with the Consent Decree. They have to comply with the Consent Decree, that is part of the court’s ruling. What else has changed? There were other aspects of Special Education that the charters were complaining about, emphasizing once again that not all charters are interested in educating all students.

Yesterday, as the news media discussed the killings in Texas, I heard one analyst say that a lot of this is because we have legalized bribery in Washington; the NRA controls what is going to happen with gun control. Unfortunately, on this Board, we have the same thing with the CCSA. They are participating in all these conversations but nobody elected them.

When Mr. Melvoin talked about having discussions about District Required Language, I noticed that he left out the District stakeholders as participants. They should have a say in what is going on too. This is supposed to be a public institution for public education. 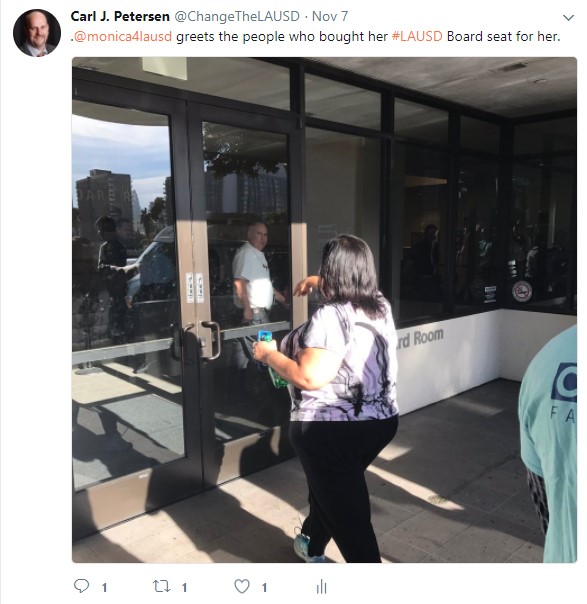 Ignoring their declared “Kids First” agenda, the LAUSD CCSA’s School Board approved the renewal of the Alliance Baxter school without objection, continuing the harm to its 400 students. Once again, they have shown that they are willing to sacrifice students in order to advance their privatization agenda.