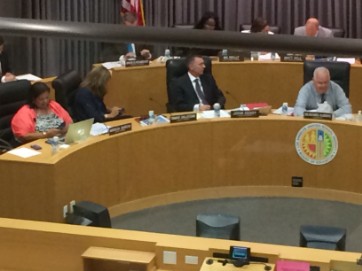 For those who manage to speak at these meetings, their words are likely to fall on deaf ears. Ms. Galatzan is more likely to be interested in the screen on her electronic device than what is being said at the podium. That assumes that she has not left early to attend to other commitments. Ms. Galatzan herself acknowledges her poor attendance record. In a speech before the Democratic Party of the San Fernando Valley she blamed this in part on her responsibilities as a City Attorney, a job the taxpayers pay her to do on a full time basis.

The only time that Ms. Galatzan is forced to face her constituents is on election day and she would even like to avoid this. In fact, she told the L.A. School Report that she prefers “some sort of [mayor-] appointed board.” This undemocratic view, which “reformers” have already forced upon the New York City public schools, would eliminate any accountability of the district to the parents of the students that they serve.

It is clear that the LAUSD needs a parent representative on the Board. As a father of five with four children enrolled in the district I not only am personally familiar with the difficulties faced by parents, I have a vested interest in getting them fixed. I ask for your vote on March 3, 2015.