The LAUSD Superintendent's Web of Deceit 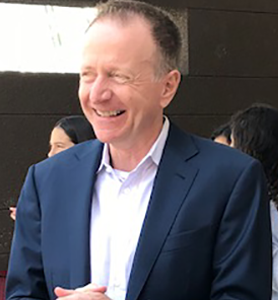 “Test Two may be more daunting — namely, explaining why [Austin Beutner] put a scandal-plagued and #MeToo-accused former State Assemblymember on the district payroll as a lobbyist.”

Instead of meeting with United Teachers Los Angeles (UTLA) in the days leading up to the Los Angeles Unified School District (LAUSD) strike, Superintendent Austin Beutner and Board President Monica Garcia were in Sacramento in an effort to “drum up lawmaker opposition to the teachers strike.” They were accompanied on this trip by Sebastian Ridley-Thomas (SRT), the son of “powerful L.A. County Supervisor Mark Ridley-Thomas (MRT)”. While not publicly disclosed at the time, SRT was there as a paid lobbyist for the District.

As if a District pleading poverty while paying a lobbyist during labor negotiations was not bad enough, the choice of SRT is particularly bewildering. It appears that, under Government Code §87406, the former Assemblyman was legally prohibited from lobbying his former colleagues “for one year after the end of the term to which” he was elected, a waiting period that he had not met. The younger Ridley-Thomas resigned from his elected office on December 27, 2017, citing “health reasons.” He “was the subject of two sexual harassment complaints at the time he stepped down”.

SRT was then hired as a professor of social work and public policy by USC despite his not having a graduate degree. Shortly afterward, MRT “made a $100,000 donation from his campaign coffers to the social work school. The school dean, Marilyn Flynn, then sent the money to Policy Research and Practice Initiative, a start-up think tank that was unaffiliated with the university and controlled by Sebastian Ridley-Thomas.” After an internal investigation, the University ended SRT’s employment and told the U.S. Attorney’s office in Los Angeles that “it had concerns” about the donation.

The hiring of a compromised lobbyist is just the latest in a web of events that connects the father and son team of Mark and Sebastian Ridley-Thomas, Superintendent Beutner and Alex Johnson, member of the Board of Education for the Los Angeles County Office of Education (LACOE). Highlights of their shared timeline are as follows:

July 24, 2013: SRT announces that he is running for the state assembly. Beutner is immediately listed as endorsing his candidacy.

March 10, 2014: Alex Johnson kicks off his campaign in the LAUSD Board District 1 special election at a fundraiser whose hosts included MRT and Beutner. At the time, Johnson served as an education aide to the elder Ridley-Thomas. Beutner and his wife Virginia both donate $1,055 to Alex Johnson’s primary election campaign.

August 12, 2014: Johnson loses the general election to George McKenna, Johnson received his consolation prize on August 20, 2014, when MRT nominated him to the Board of Education of LACOE.

January 19, 2017: MRT uses his County Board of Supervisor’s web site to highlight and promote the efforts of Vision to Learn, a non-profit founded by Beutner. When Beutner became Superintendent of the LAUSD, he agreed to give up control of the organization to avoid a conflict of interest. His wife is now the Chair of the Board of Directors for the organization.

August 21, 2018: “The Chief Financial Officer for the Los Angeles County Office of Education, which oversees LAUSD finances, made a surprise appearance at Tuesday’s LAUSD Board meeting with a stern warning: LACOE is closely monitoring labor negotiations and could remove decision-making authority from the LAUSD Board if it does not keep the district’s precarious fiscal house in order.” UTLA later claims a public records act request shows “that an LAUSD official wrote the speech for Clark—a fact that completely undercuts its value as an independent analysis of the district’s fiscal state.”

January 3, 2019: SRT leads a “Black Press Roundtable” at the Los Angeles Sentinel headquarters. Coverage of the event does not disclose that Ridley-Thomas was being paid by the District.

January 9, 2019: MRT co-authors an opinion piece for the Los Angeles Daily News entitled A Strike Teaches the Wrong Lesson to our Students. He republishes this article on his Los Angeles County Board of Supervisors web page. Included in the article is the claim that “Independent experts who have inspected the district’s books have confirmed that the $1.8 billion reserve is a mirage.” Neither posting includes a disclosure that his son is a paid lobbyist for the District.

January 10, 2019: In the middle of negotiations to avoid a strike, LACOE issues a warning about the LAUSD’s budget. As noted by Buetner: “The board of supervisors appoints the LACOE board, who appoints the county edu [SIC] superintendent.”

January 11, 2019: In an interview with an education reporter, MRT attacks UTLA’s president: “Just because Alex Caputo-Pearl says it’s so, doesn’t make it so. The numbers are the numbers, the facts are the facts.” No mention is made that his son is a paid lobbyist for the District.

January 16, 2019: Documents released by the California Assembly show that “an outside investigator substantiated four allegations of sexual harassment against” SRT. The LAUSD says it immediately terminated its contract “with Lucien Partners, a firm run by Darryl Lucien, Ridley-Thomas’ former chief of staff in the Legislature.” Lucien Partners then used Millennial Advisors, the firm owned by SRT, as a subcontractor.

Since Austin Beutner was appointed behind closed doors, the public did not have an opportunity to participate in the vetting process. This helped keep the nature of his relationships with people like Mark and Sebastian Ridley-Thomas safe from prying eyes. The result was the ability to use the media as a propaganda arm of the District, destroy the independence of LACOE and allow education funds to flow to political allies. Worst of all, it further erodes confidence in a District that is increasingly alienated from its stakeholders.