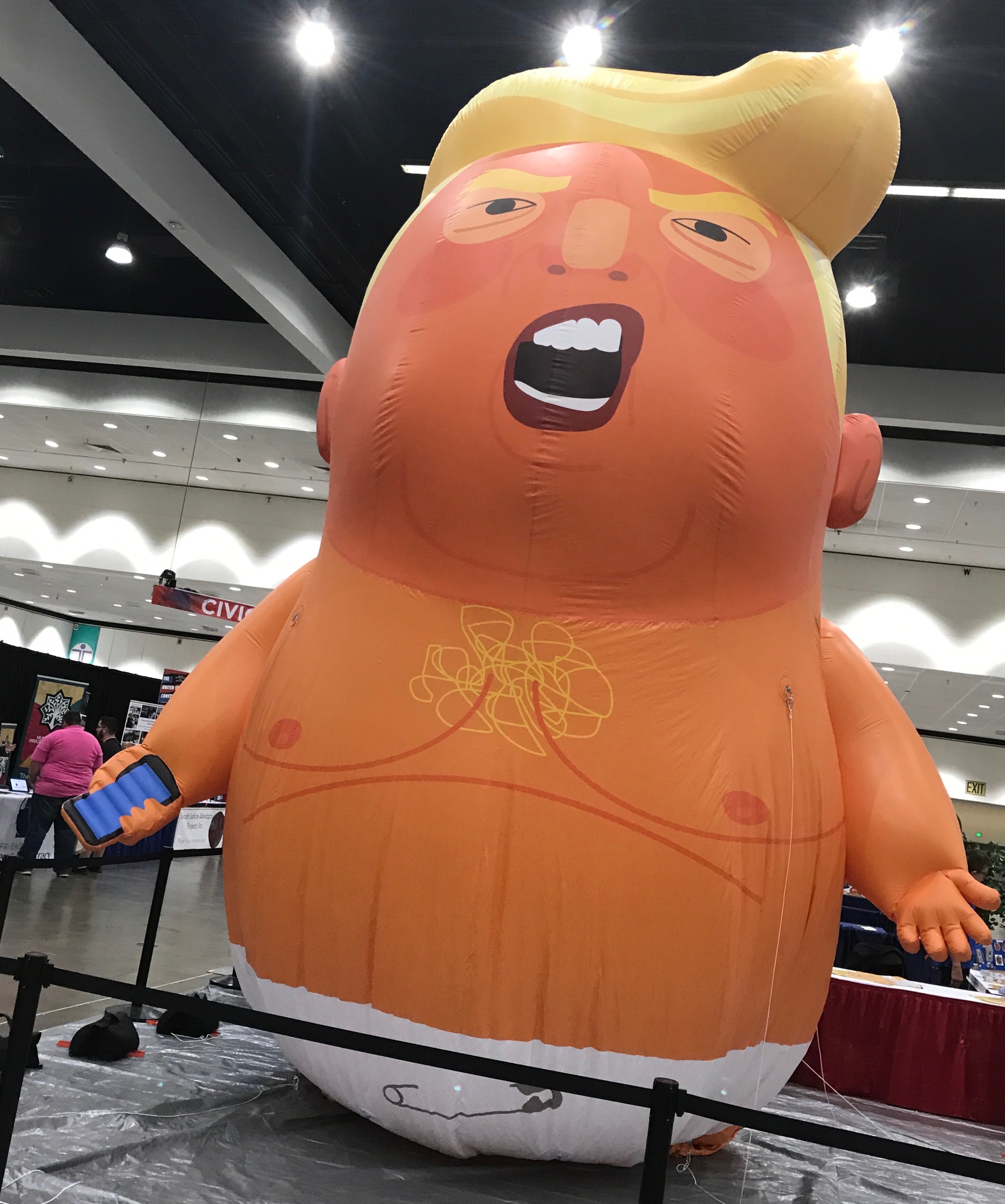 “I love the poorly educated."

In a 2017 poll, 57% of the respondents who said that they voted for Donald Trump “said it was ‘definitely true’ or ‘probably true’ that [President Obama] came from Kenya.” While the rest of the world debates how to deal with climate change, only “70 percent of Americans believe ‘global warming is happening’”. A survey in 2016 suggested, “that one in three supporters of Donald Trump believe vaccines do indeed cause autism.”

While much has been made of the fact that Trump has been no more faithful to the truth than he has been to his wives, this ignores the greater threat facing our country. A president’s term in office is limited and Trump will eventually leave the Oval Office. However, the minority of Americans who placed him in that office will remain, ready to close their eyes to reality and support the next charismatic leader who comes along.

Unfortunately, facts are useless if people insist on ignoring them. Trump supporters have willfully agreed to put on blinders and buy into an alternate reality that their Dear Leader has created. “Alternative facts” have been created to prove a narrative and deemed acceptable replacements to the truth. If this continues, our democracy will not survive.

Successful debate requires a common recognition of reality. One cannot ignore the fact that the Dow Jones Industrial Average rose 148.5% under the 44th President, and still declare that “we had record lows under Obama” and then expect to have a productive conversation. Supporting Obama is not required to acknowledge that the Dow never hit anywhere close to 41.22 during his presidency; that low was a mark of the Great Depression. It does not diminish Trump’s record to recognize that the stock market hit at least 122 record-high closings under his predecessor.

The Twitter poster also used manufactured data for the deficit. While Obama did increase the debt by $1.905 trillion in 2010 while he dug us out of Bush’s Great Recession, by the fiscal year 2016 the deficit had been reduced to $587 billion.  The federal deficit in 2017 was $665 billion. Under Trump, the deficit was not cut “by more than half”, but was raised to $779 billion. It is expected to rise to $900 billion this year.

Yet time and again, Trump and his supporters double down on their false narrative. Show them a chart detailing the steady increase in the price of stocks under Obama and they will still declare that “Obama never recovered the stock market to where it was when he took office.” No matter how credible the source, it is Fake News or tainted by liberal bias. Of course, no alternative citation is ever presented.

In September 2006, home prices fell for the first time in 11 years leading to the start of the housing crisis. This resulted in the 2007 banking crisis, the 2008 financial crisis and then the Great Recession. Barack Obama became president on January 20, 2009.

The danger increases with Trump’s declaration that it “would be very bad, very bad” if the “tough people” who support him were pushed “to a certain point”. Agitating for violence to people already primed to ignore reality is a recipe for disaster. A man is sucker-punched at a Trump rally and is held at fault because he dared to protest Trump. Heather Heyer is dead because of a white supremacist’s fear and hatred and Trump’s fans will deny that the president’s rhetoric calling for violence has anything to do with it. The MAGA Bomber’s van was plastered with Trump/Pence paraphilia and the perpetrator is considered a leftist plant. Under these circumstances, can there be a peaceful transition of power if Trump loses his 2020 re-election bid?

I would have liked to have ended on an optimistic note with an observation that we have been here before and we will eventually coalesce around a common good. Unfortunately, we have gotten to a point where we are not arguing if a glass is half empty or full, but whether the glass exists at all. Is there a proper time to start asking if there will be a 46th president?