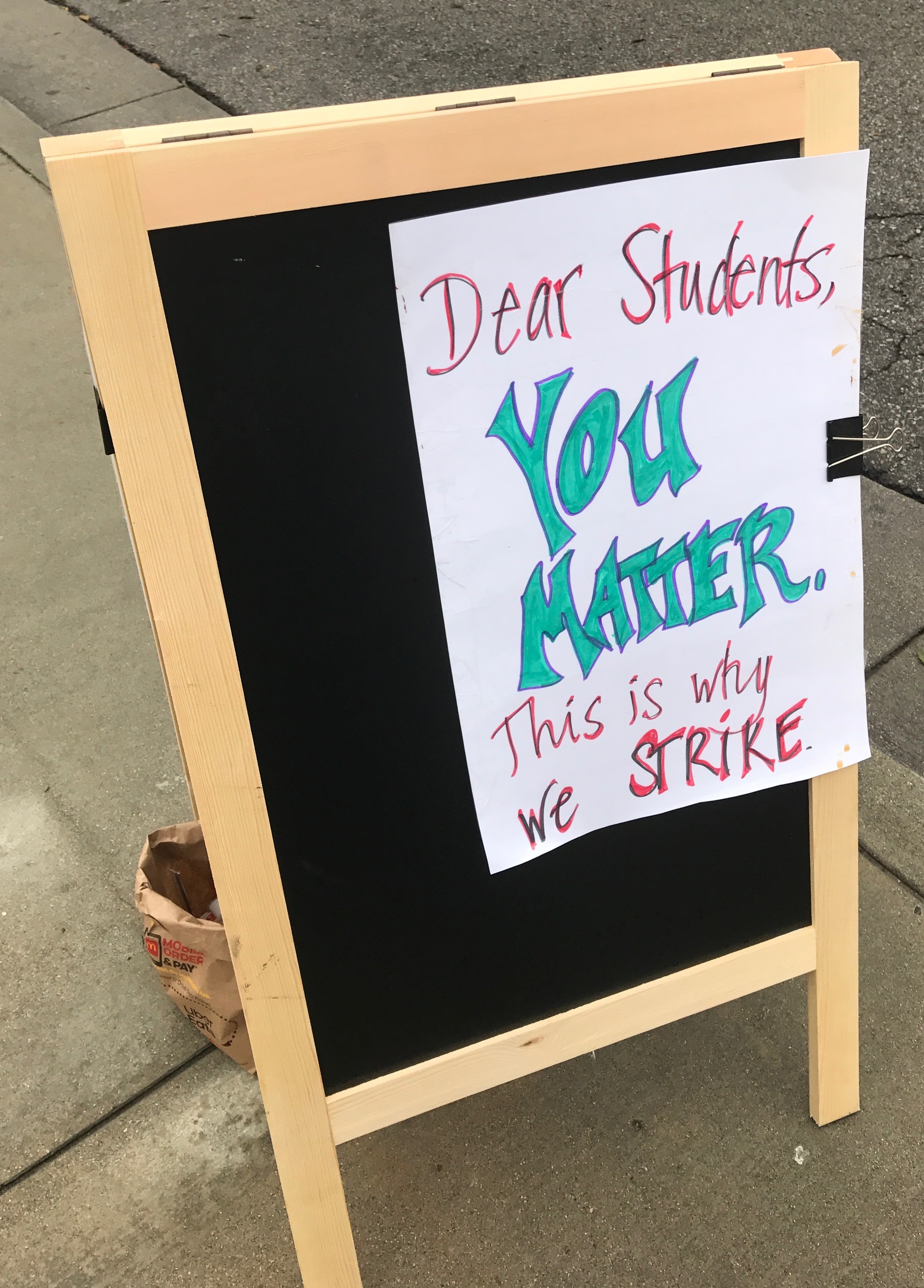 As pointed out by Dr. Julian Vasquez Heilig, a Professor of Educational Leadership and Policy Studies at California State University, Sacramento, “class size reduction [has] 400% more impact [on student performance] than charters.” Just on this factor alone, this contract is a great victory for students. The elimination of Section 1.5 from the agreement means that the District can no longer unilaterally ignore caps as mandated by contracts and the state education code. For years the LAUSD School Board has talked about reducing class size. United Teachers Los Angeles (UTLA) finally forced them to act.

During the Great Recession, full-time nurses were pulled from schools and libraries were left dark. A decade later the funding had returned but not these vital services. As a result of this contract, every school will have a full-time nurse and every secondary school will have a librarian five days a week by the 2020-2021 school year. The return of these services is long overdue and an important victory for students.

With this strike, LAUSD parents seemed to have found their voice. Started in the weeks before the strike, the Facebook page Parents Supporting Teachers grew to over 25,000 members. By overwhelmingly refusing to have their children cross the picket lines, they forced a successful end to the strike.

In order to build on the foundation of the teachers’ contract, these parents need to stay engaged. One place to start is to demand greater access to School Board meetings.

While the raise teachers received is the same as the offer made before the strike began, it no longer contains qualifiers. The reduction in class sizes and the addition of support staff will help them do a better job of educating our students.

Schmerelson has struggled to find his voice after being relegated to the minority since the charter industry-backed Board Members took control of the School Board. He stuck his neck out with his opposition to the hiring of Beutner and the expansion of Granada Hills Charter High School but was unable to build any momentum. This seems to have changed with the strike. He was the first Board Member to speak out publicly in support of the teachers and was instrumental in channeling the public’s support into action. By the last day of the strike, even charter industry-backed Board Member Kelly Gonez was walking the picket lines.

While “the Board of Education will vote on a resolution calling on the state to establish a charter school cap and the creation of a Governor’s committee on charter schools at the next BOE meeting”, no real action was taken to curb the damages that charter schools inflict on the LAUSD. Part of the problem was that the Charter Cap demanded by UTLA was something that would have opened the District up to lawsuits by the California Charter School Association. Instead, they should have focused on ways to make sure that the District was enforcing current law. At the very least, this should have required that these publicly funded private schools stop the practice of cherry-picking students, prove that they are financially viable before opening for the school year and that a district representative is placed on the governing board of each charter school.

Anyone Running Against Incumbents in the 2020 and 2022 Elections

Tamar Galatzan, Bennett Kayser, and Steve Zimmer have found themselves caught up in the failures of the LAUSD during the last two election cycles. With the unpopular actions of the Board leading up to the strike and a vast majority of Angelinos taking the teachers’ side during the work stoppage, the “throw the bums out” mentality has only gotten stronger.

Most children stayed home for at least part of the strike. Even those who did attend mostly watched movies or engaged in other activities that did not come close to fulfilling the educational mission of the District. To serve students correctly (and recoup the millions of dollars that will otherwise be lost from the state) the LAUSD must add these lost days back into this year’s schedule.

The District told a court that children with Special Education needs would be in danger if their educators were allowed to strike. They then had principals call parents with the message that it was completely safe to send their children to school as teachers walked the picket lines. Can the parents of these children come to any other conclusion than they were nothing more than pawns in a fight between adults?

While some changes were made in the contract to benefit special education teachers, it is unclear how these students will directly benefit. In fact, there is concern that the number of students will actually go up in some classes for children with autism.

Parents of these most vulnerable children were among the supporters of the strike but many feel that their children were left out. Once again, it seems that nobody on either side of the education divide is willing to fight for these students.

The LAUSD Superintendent bet the farm when he pushed the District into a strike. If he thought that parents were going to turn against the union, he was proven wrong when 83,928 students (out of almost 500,000) showed up to school on the fourth day of the strike. In the midst of the strike, a survey by LMU found that 80 percent “somewhat” or “strongly support” the work stoppage. In the end, Beutner had to make concessions on every demand by UTLA and outright caved on the issues of class size, a nurse in every school and a librarian in every secondary school.

At last count, 18,886 people have signed a petition calling for Beutner’s resignation. The Superintendent of the country’s second-largest school district is clearly under a microscope. That should not be surprising given that he had no prior professional experience in education before taking the $350,000 a year job.

Melvoin was the most vocal of the LAUSD Board Members in the months leading up to the strike. He is on record as saying the teachers were going to go on strike for two days just to get it out of their system and then return to work with basically the same contract that they were offered prior to walking out. He could not have been more wrong.

The best that can be said about this freshman Board Member is that he stuck to his guns even as the situation collapsed around him. While Board President Garcia waivered in her support of Buetner, Melvoin stood by him. Expect to see that in a campaign advertisement when he runs for reelection in 2022.

There is a reason that the charter industry spent over $600,000 in Garcia’s election against two opponents (I was one of them) who combined raised less than $17,000. She has alienated the special needs community, has a history of putting her foot in her mouth and rarely faces stakeholders outside the protective environment of a charter school.

Garcia’s refusal to take a stand either way on Beutner solidifies her standing as a politician who cares about holding office more than supporting her values. At best, she can probably kiss goodbye to her hopes of replacing City Council Member José Huizar if the current FBI probe forces him from office. At worst, she might be facing a second recall attempt.