For many, the solution to this problem has been to enroll their children in the privately run charter schools who say that their autonomy allows them to promise better academic results. Unfortunately, these parents can find that they have replaced one bureaucracy for another. These systems can be even more closed off to the outside and those who complain are often ignored, ostracized or retaliated against in other ways. While receiving public funding, these private institutions are not held accountable to anyone, with governing boards that do not have to include elected representatives of parents or teachers, regulatory agencies that fail to provide oversight and complaints that are hidden from public view. In too many cases, the administrators of this school have found ways to enrich their personal bank accounts without providing any real local control to their stakeholders. Under the worst conditions, this can not only endanger the academic health of students, but also create threats to their physical well being.

When a parent sends their child through the schoolhouse door, they should expect that the administration has taken care of such basics as inspecting fire extinguishers and a proven safety plan. Unfortunately, it took a small fire over a recent weekend for The Accelerated Schools, who are chartered through the LAUSD, to find out that their fire extinguishers were not being serviced. A former employee alleges that this was due to budgetary constraints. Furthermore, a parent alleges that the inspection tags had not been completed since 2014, as shown in the attached picture. According to the school’s Chief Financial Officer, “we have done visually [sic] inspections but did not note this on the tags on the fire extinguishers.” No explanation was given for this lack of compliance.

According to this same parent, the administration has admitted that as of March 15, the school had not trained its staff about a Safety Plan during this school year. She also alleges that the parents, students  and staff have not been provided with Parent Student Handbooks or the Safety Plan. While this would bring the school out of compliance with its charter, there is no evidence that the LAUSD’s Charter School Division (CSD) has taken any action.

The parent who has made these allegations public has done so at great risk to her well being as she also works for the school. As a stakeholder, she has the right to bring complaints to the LAUSD’s CSD, but has received warnings from her employer for doing so. It is time for the LAUSD School Board to step up and offer her the protection she deserves along with a demand for corrective action. Unfortunately, the California Charter School Association (CCSA) will spend hundreds of thousands of dollars on the next School Board election to prevent charter school accountability. With a choice between student safety and the CCSA’s money, what actions will Monica Garcia and the other Board members take? 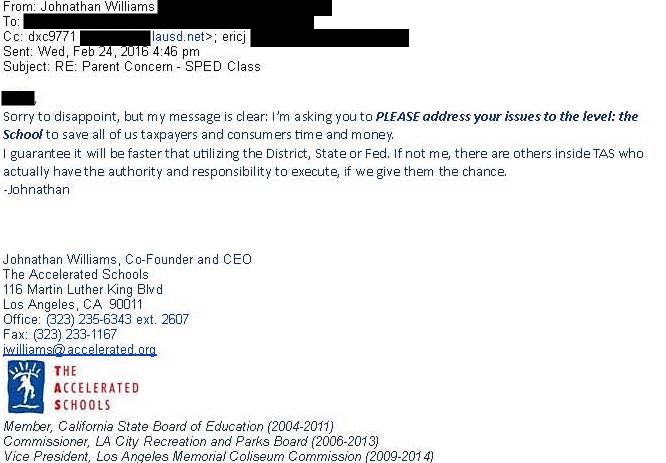 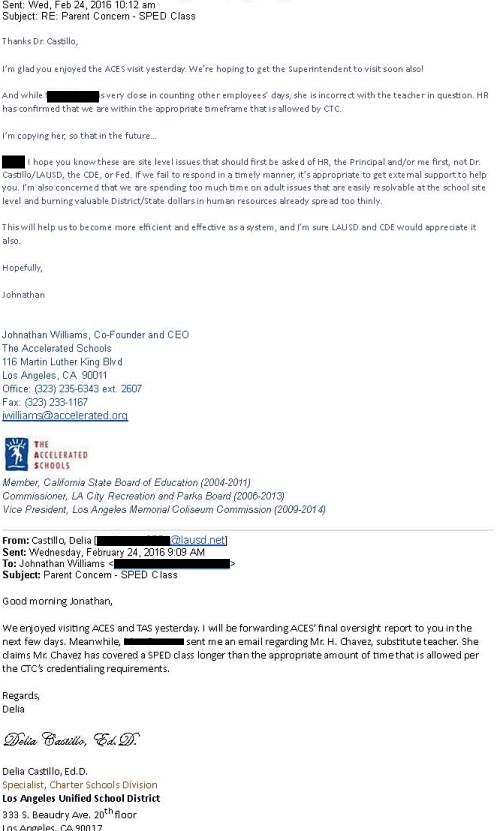