What About Your Own Backyard?

“The nurse is at the school three days a week, my daughter has diabetes five days a week.”

The warning letter is marked “2nd Notice,” but it is actually the fourth one that we have received. Our daughter has received all of her vaccinations and we have turned in her records to reflect this fact, but once again we are receiving notice that if she does not receive her second Varicella shot she will be “excluded from school attendance.” The new deadline that we have been given is May 4. These continued warnings expose serious flaws in our District’s health policies and calls into question their ability to protect our students in the event of an outbreak.

The most basic problem is a failure to keep accurate records and is probably indicative of a MiSiS system that is still not fixed. My 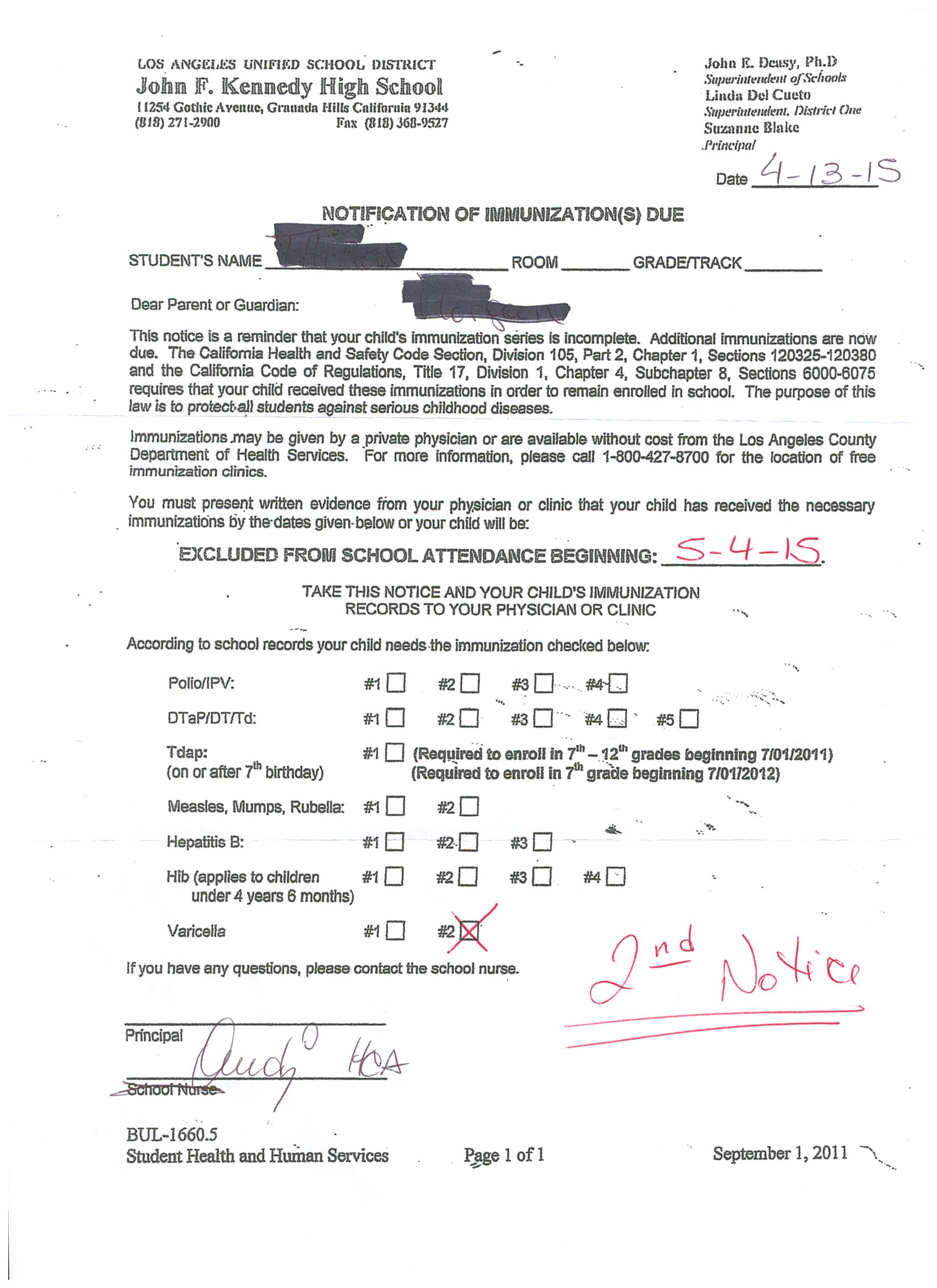 daughter is a triplet and, therefore, receives her immunizations on the same schedule as her sisters, yet she is the only who has received this notice. Furthermore, since this is her first year at her current school, all vaccination records had to be forwarded to the school before they would allow her to enroll in August. Why is the school now unable to find these records?

If the school had a dedicated school nurse, this person would be in the best position to sort out these types of problems, but this is not a priority for the current School Board. In fact, the “School Nurse” designation on our letter is crossed out. Nurses should be available full time to help with medical problems and to sort through medical records to ensure compliance. The sharing of nurses between schools is unacceptable in a District that lists “school safety” as one of its five goals.

Finally, the fact is that three deadlines have passed without this issue being resolved and my daughter is still in school. While the Board voted unanimously last week to support state legislation to end the personal belief exemption from vaccination law, the district is not even enforcing the law as it currently stands. If the district really believes that my daughter is missing her vaccination, then they should have already excluded her from school. Instead they act like a parent who is unwilling to enforce their rules. If you don’t get your vaccination by the time I count to three - one, two, two and a half....

The inability to enforce vaccination rules is having real effects in our classrooms. While the media has focused on the measles outbreak that was traced to Disneyland, Valley schools have been dealing with whooping cough outbreaks. On Monday, I received an e-mail notice that my son may have been exposed by one of his classmates. This is also a disease that is covered by vaccinations and should not be spreading through our schools. While the state is acting to remove loopholes in the law, the district should protect our students by making sure that the current law is being enforced.