All of these statements prove that parents cannot trust the information that is being released by the LAUSD. In order to make decisions during the chaos of a strike, families were depending on facts, not propaganda. Superintendent Buetner failed them. Again.

When the LAUSD School Board appointed Buetner, they did so without public input and with the knowledge that he had absolutely no professional experience in education. His expertise is supposed to be in finance, but his predictions of impending financial disaster have been called into question and he has been unwilling to address the actual threat of unregulated charter schools. If he purposely stalled contract talks thinking that the public would not back a strike by the teachers, then he has also shown a lack of political acumen. A survey by LMU found that 80 percent "somewhat" or "strongly support" the work stoppage. 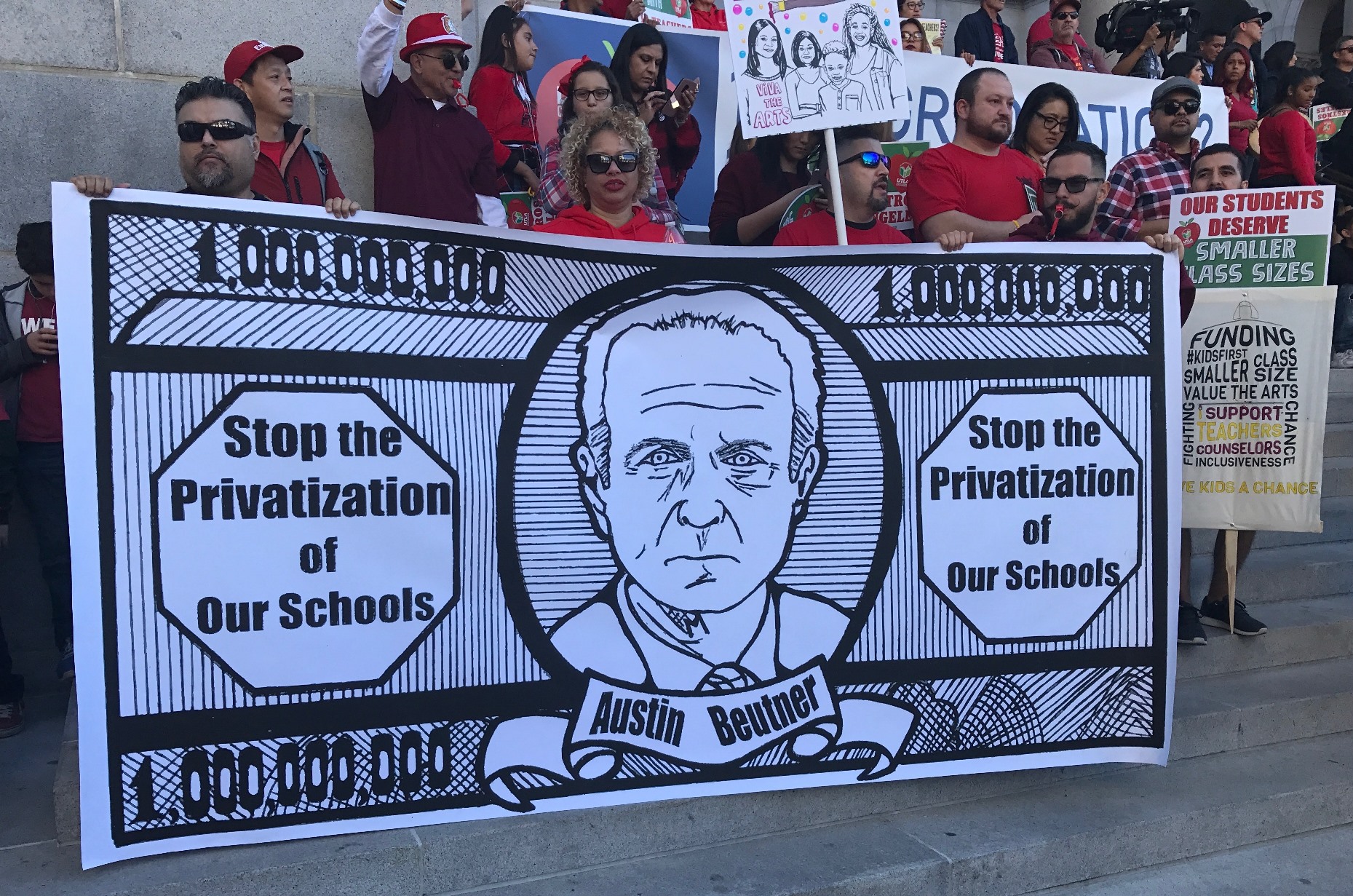 So exactly what does Beutner bring to the table? Other than the support of the charter industry and Eli Broad, the answer is not really clear. His continued presence certainly alienates teachers and stands in the way of bringing unity back after the strike.

The minimal amount of support that Beutner received on the Board seems to be diminishing. The majority of those voting to hire him was lost when admitted felon, Ref Rodriguez, was forced to resign. While Vice-President Nick Melvoin still stands by him, Board President Monica Garcia refused to be pinned down on whether Beutner should keep his job. Board Member Scott Schmerelson has been a vocal critic of the process that led to the hiring of the Superintendent and publicly criticized Beutner’s performance during the strike.

At last count, 17,270 people have signed a petition calling for the Superintendent’s resignation. Will the School Board finally listen to their constituents and dare to stand up to Boss Broad and the charter industry that pour millions into School Board elections?