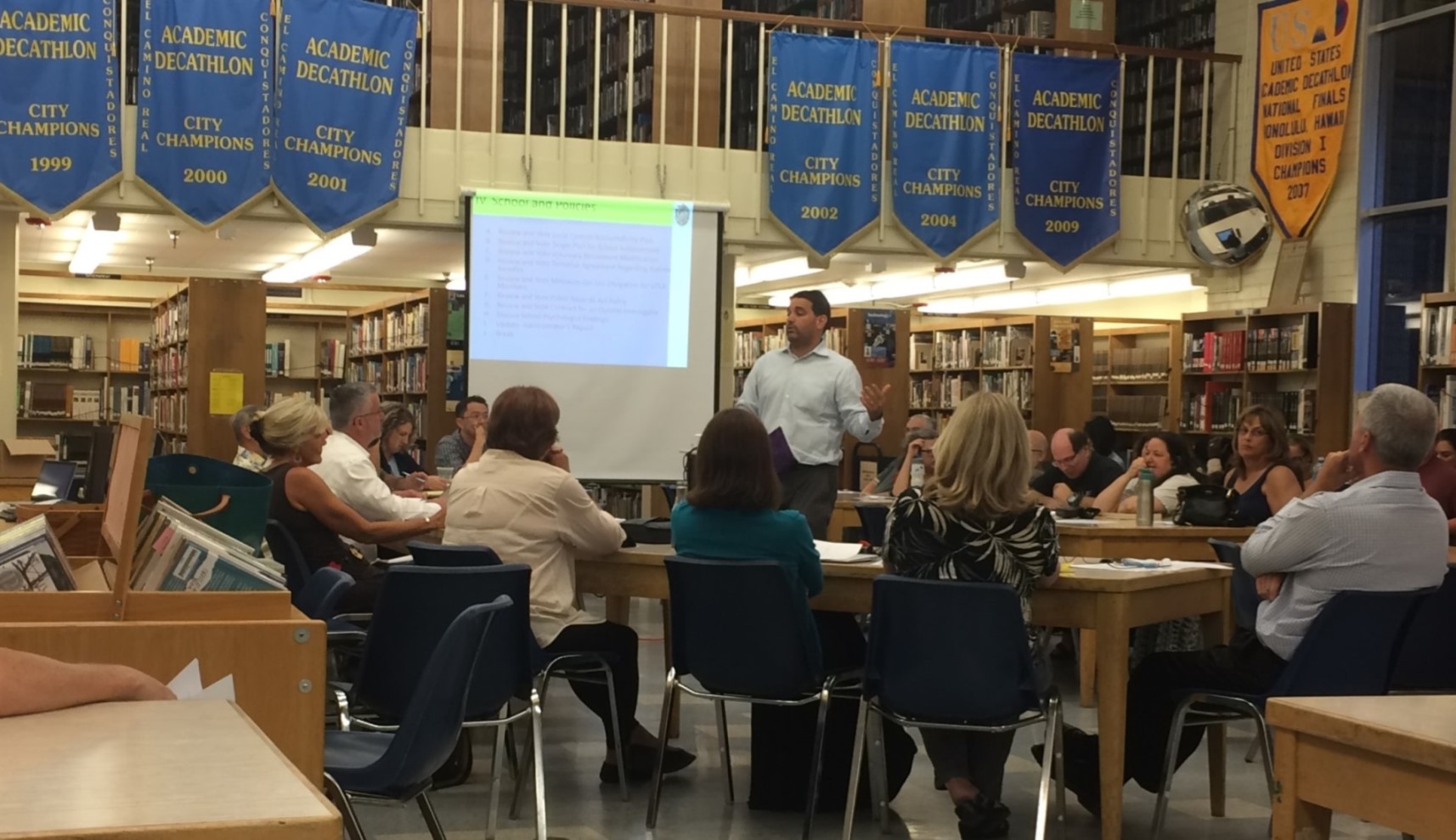 Perhaps Fehte should have waited to see the actual article before mounting his defense. While he told parents that “based on the questions [the reporter] is asking, we think a major point of his focus will be the amount spent on my travel and business meals – without mentioning that these expenses were incurred with the sole purpose of benefiting El Camino in many ways”, the actual evidence was much more damning. Included in the receipts the reporter obtained under California’s Public Records Act was an itenerary for “Mr David Patrick Fehte/San Antonio Spurs” to travel on March 12, 2015. The first class airfare for this trip was paid for on the school’s credit card. It is hard to imagine how a trip made on behalf of an NBA team benefited the students of El Camino. If Fehte received personal reimbursement from his side employer, it would also indicate a possible way for the Executive Director to embezzle taxpayer funds from the school.

With the evidence against him now in the hands of the public, Fehte now admits that he “inadvertently charged a few personal expenses on [his] school credit card.” He says that he “always immediately reimbursed the school” but only after “any personal charges were flagged” by school personnel. While  his original letter to the parents blamed the problems on “practices that we inherited from LAUSD, such as our reimbursement procedures,” he now blames his school’s staff. Rather than personally taking responsibility for his use of the school’s card he says “there is not a single flagged personal charge that has gone unreimbursed. If any additional charges are discovered, I will immediately reimburse the school as I have always done in the past.” (emphasis mine)

Even as Fehte throws others under the bus, the staff from the school who are speaking publicly are still supporting him. During public comment at the school’s Governing Board meeting on June 22, 2016, teachers stated that the “articles were biased” and accused the Daily News of “yellow journalism.” A Board Member warned that “getting rid of the Board and Fehte would open the school to being taken over by the LAUSD.” The proceedings turned darker when others spoke about the “trouble makers” and “disgruntled people within the walls of the school” who had tipped the reporter off to the story. The hit to the school’s reputation was not the fault of the perpetrator or those who had allowed his actions, but those who had turned him in.

While converting to a charter was supposed to guarantee local control for the parents of ECRCHS, this public bashing of dissenters displayed the cult-like atmosphere that can keep parents from speaking up. One stakeholder that I corresponded with stated that “as a parent at the school, I don’t feel comfortable speaking against him. I have spoken with other parents and teachers who do not support him, but are afraid to speak out of fear of retaliation.” It is an environment that is ripe for corruption.

There was one parent who was brave enough to speak during the meeting. She acknowledged the achievements of the school, but also said that they were “irrelevant” to the scandal. She noted that the Board was too personally close to Fehte and shared responsibility for the violations of the public trust. She called for the firing of Fehte but for resignation of the entire Governing Board.

While the Board to did not fire Fehte or resign, they did vote unanimously (as were all the votes that I witnessed) to hire a forensic accountant to review the school’s credit card charges at “an estimated cost of $20,000.” Interestingly, the meeting’s agenda did not mention the articles but stated that “the outside investigator will examine issues brought up in LAUSD’s Notice to Cure from October, including credit card transactions” (emphasis mine)

Since ECRCHS is chartered through the LAUSD, the District also has to accept responsibility for allowing these problems to fester. The District’s Charter School Division (CSD) issued their warning to the school in October and has allowed eight months to pass without holding the school accountable for not taking appropriate action. Could this be because this division is led by a former staff member of the California Charter School Association who is more interested in serving the Kool-Aid than fulfilling his regulatory responsibilities? It is time for the LAUSD School Board to step up and clean house at the CSD before the District ends up in court having to defend itself for failing to protect the taxpayers’ interests.