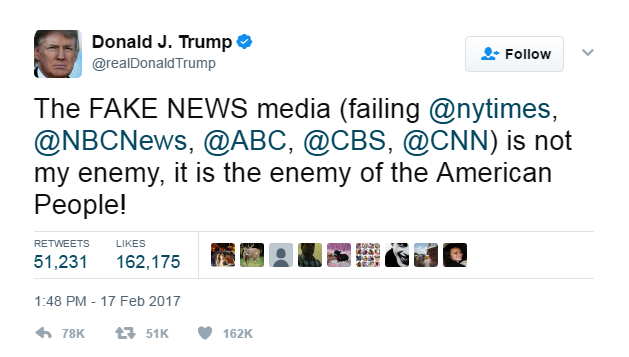 When looking at reality, Trump’s start doesn’t stack up to Obama, never mind the entire historical record. Unlike Trump, Obama won the popular vote and in 2008 received 365 votes in the Electoral College. Even if Trump’s claim that a “million and a half people” is true (one estimate puts the actual crowd size at 250,000), it still would not have been as high as the 1.8 million who are estimated to have attended the 2009 inauguration. The 100-day marker was initiated during the Franklin Delano Roosevelt administration when “more than a dozen sweeping laws were enacted in that time as FDR threw the public purse behind the cause of industrial recovery, agricultural renewal and public works, expanding federal powers in the process.” Trump has yet to log a single legislative victory. In comparison, Obama signed a “$787 billion stimulus plan, an ambitious package of federal spending and tax cuts designed to revive the economy and save millions of jobs” during his first 30 days on the job.

None of these facts will matter to die-hard Trump supporters, too many of whom are still not convinced that Obama is not a Muslim terrorist born in Kenya. Trump’s one business talent has been brand building through hype and he has applied this to his political career. If you build an alternate reality, they will come.

While a single brick has yet to be laid across our southern border, he has used this alternate reality to construct a wall across our country’s vast political divide rendering debate useless. Provided with facts that render your position incorrect? Just declare the source to be Fake News. Your National Security Adviser caught not reporting contacts with Russian officials? Claim that the real crime is that Americans were told about this possibly illegal activity? Your presidency the biggest American failure since the Edsel? Try to distract with some perceived transgression of Obama. Or Clinton. Or (for some reason) Arnold Schwarzenegger. 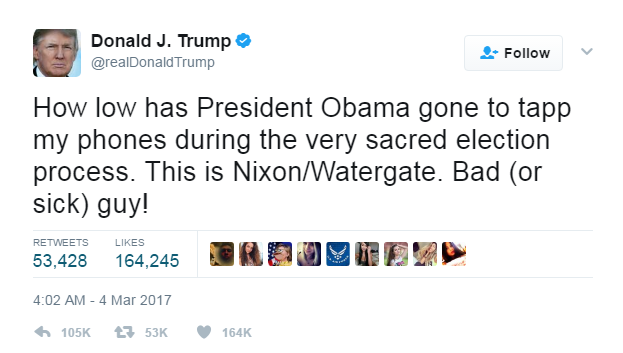 Had Trump remained in his previous career in reality television, this would have made for highly-rated entertainment. Unfortunately, it is reality life and real people are going to be hurt. The Muslim refugees affected by Trump’s actions “preventing Muslim immigration” are real, not extras in a movie shoot. The 24 million Americans who will lose health insurance under Trumpcare are not plot points in a medical drama. As the Earth warms, the effects of storms like Sandy will not be CGI generated special effects.

Since logic does not seem to convince Trump’s supporters of the dangers of his policies, is there anything that can be done to eliminate the threat they represent? After 100 days, “96% of people who...voted for him [say] they would do so again”, so it does not appear that anyone has found a way. I hope someone does before the damage becomes irreparable.